All About Delta Variant of COVID-19 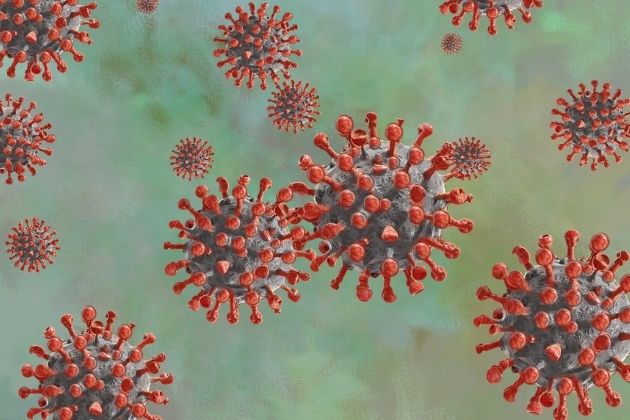 As per the World Health Organization (WHO), delta variant was detected in more than 80 countries and continues to mutate as it spreads.

Currently, as on June 17 2021, the variant makes up 10 per cent of all new cases in the U.S. from up to 6 per cent last week. Studies show that this variant is even more transmissible compared to other variants.

The new Public Health England (PHE) research suggests the Delta variant is around 60 per cent more transmissible than the ‘Alpha’ variant (earlier called the UK or Kent variant) and is more likely to lead to hospitalizations, as has been seen in the countries like the U.K.

The latest risk assessment for SARS-C0V-2 variants by PHE also said that the Delta is more dominant in the UK than the Alpha variant which triggered a surge in the UK last year.

What is Delta Variant of COVID-19?

There are many SARS-CoV-2 variants that are circulating worldwide. One of these is the B.1.617 lineage that was detected in India earlier this year. The B.1.617 variant has mutations from two separate virus variants, namely E484Q and L452R.

Early evidence say that its sub-lineage is B.1.617.2 (labelled by the WHO as Delta variant) refers to the merging of two mutations of SARS-CoV-2 strain (E484Q and L452R) that goes on to become a third, super infectious strain. The delta variant is more transmissible compared to other contemporary lineages.

The WHO has categorised Delta variant as a variant of concern (VOC) and has said that it continues to watch “significantly increased transmissibility” and a “growing number of countries reporting outbreaks linked to this variant”.

The WHO classifies a variant as a VOC when it is associated with:

Variants are characterized by mutations, alterations in the genetic material of the virus. As new variants tend to alter the spike protein’s structure, it becomes more efficient in attaching itself to the host cells and multiply swiftly, doing more damage than the original COVID strain.

As Delta variant carries the genetic code from two mutations (E484Q and L452R), it makes it easier to break into our immune system.

In addition, as per the Zoe COVID Symptom Study, an ongoing study in the UK, the Delta variant is currently 40 per cent more transmissible than the contemporary Alpha cases. This appears to be driving the risk of hospitalization in COVID patients more than before.

Symptoms of Delta Variant to Watch Out For

According to experts, apart from some common symptoms like fever, cough, fatigue, and loss of taste and smell in mild COVID infections, some new symptoms have emerged due to the involvement of the variants.

According to the Zoe COVID Symptom Study, headache is the number one symptom followed by sore throat, runny nose and fever.

As per the study, people who have contracted the Delta Variant experience symptoms that feel more like a bad cold or some funny “off” feeling. People may mistake this to be some seasonal cold, but they are advised to stay at home and get a test to prevent transmission.

According to Bloomberg, other symptoms like hearing loss and gangrene that are not typically seen in patients with COVID-19 infection have also been reported. However, more research needs to be done to analyze if these newer clinical presentations are linked to delta variant.

Are Vaccines Effective Against Delta Variant?

The rise of the Delta variant that is said to be highly contagious and super infectious has led authorities to press for a faster vaccination for the public, including youngsters above 18 years of age.

The Delta variant and other variants of concerns have not yet been fully tested under laboratory settings to understand how effective the vaccines are against them. However, it has been observed that vaccines are effective against serious outcomes and complications linked to various strains of coronavirus.

What we need to remember

Vaccinations are the best protective shield against COVID-19 infection risk. While they may not give complete protection against this deadly disease, they can still reduce severity and mortality rates considerably right now. Scientists and experts have also suggested that the faster we speed up vaccination and reach herd immunity, the better we will be able to reduce future variants as well.