All about Depo-Provera Contraceptive Injection 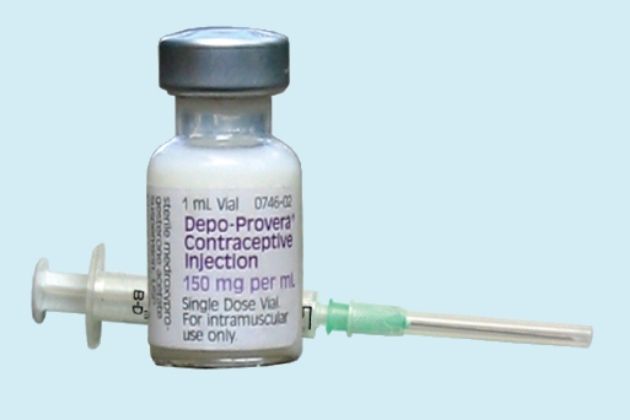 Depo-Provera is a popular brand name for medroxyprogesterone acetate, a contraceptive shot composed of the progestin hormone. Administered as a shot every three months, Depo-Provera naturally stops ovulation, preventing your ovaries from discharging eggs (ova). It also causes cervical mucus thickening to prevent sperms from reaching the ovum.

Is there any variation or type of Depo-Provera?

Who can get Depo-Provera?

Most women can go for Depo-Provera. However, it is not suggested for those who have:

What are the benefits of Depo-Provera?

Here are some of the benefits:

What are the risks and side effects of Depo- Provera?

Keep these points in mind:

Suppose you have added risk factors for osteoporosis, such as a family history of bone loss and certain eating conditions, it is better to ask your doctor regarding the potential dangers and benefits of this birth control method and learn about other preventive choices.

Side effects of the Depo-Provera injection:

How can you prepare for the Depo-Provera injection?

If you’ve just delivered your baby, your first injection is given within five days of delivering, even if you are breastfeeding. You can commence Depo-Provera at different times, but you might require a pregnancy test before injection .

Your doctor might mention that you use a backup method of contraception after your first injection for seven days based on your start date. Backup birth control is not essential after successive injections as long as the schedule is followed.

What happens after getting the Depo-Provera injection?

Protection begins instantly after the first shot if it’s given during a menstrual period. If administered at another time during the menstrual cycle, wait for seven to ten days before having intercourse without a condom.

1. Which option is better for me: pill or shot?

Birth control pills and the shot are equally effective in preventing conception. To know which technique is apt for you, consider:

2. Can I switch from the shot to the pill (or vice versa)?

Discuss with your doctor before you make the change. Be certain you have no breaks between the methods. You may also use a backup  (such as condoms) during the transition.

If you switch from shot to pill, As Depo-Provera remains in the body for close to15 weeks after the last shot, you can start first birth control pill at any time within that time frame. Many doctors suggest taking your first pill the day your next shot would be due.

If you’re switching from a pill to a shot, get your first injection seven days before you stop taking pills. You need to complete your pill pack before you shift to other approaches.

You may see some changes in your period after you switch birth control methods. That iss normal.

3. Will medical insurance cover this procedure?