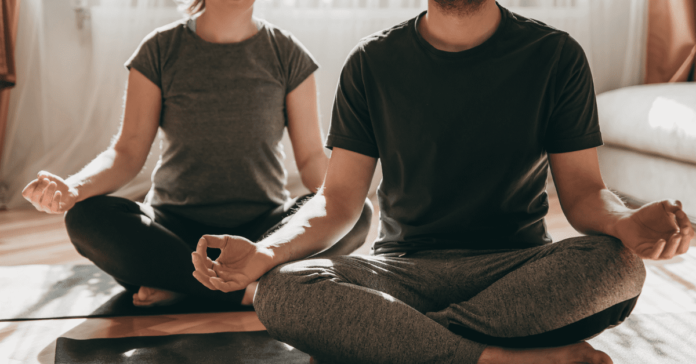 Yoga asana has gained a lot of attention over the past few years. Even though it originated in India, almost all countries practice it now. Much research is happening in this field to confirm its therapeutic effects on respiratory, mental, and physical health.

This blog focuses on the benefits of yoga on respiratory health based on some investigations in the field.

Yoga covers a set of physical poses, exercises, concentration, and meditation integrated with breathing techniques. It intends to provide mental and physical well-being to the person who practices it. Researchers suggest that yoga originated a few thousand years back in northern India. Indian ascetics practised this to lead a healthy life and create a connection between the body, mind, and spirit.

Yoga consists of Hatha, Raja, Karma, Bhakti, Jnana, and Tantra. Each branch of yoga has its characteristics and represents different focuses.

What are the benefits of yoga?

Even though research in this field is still in the primary stage, existing studies prove the beneficial nature of yoga to the overall health of a human being. Some of the benefits are:

What role does yoga play in improving one’s respiratory health?

Yoga offers improvements in respiratory health. Each of the yogic practices follows specific ways of inhaling and exhaling. A category called pranayama focuses on breath work. The practitioners inhale deeply and hold their breath in pranayama for a few seconds. This inhalation and holding techniques help improve muscle strength of the lungs and breath-hold duration.

There are many studies to prove this. The article ‘Effect of Regular Yoga Practice on Respiratory Regulation and Exercise Performance,’ published in the National Library of Medicine in 2016, studied various aspects related to the role of yoga in improving respiratory health. It checks the ventilatory response to carbon dioxide, breath-hold duration, breathing pattern at rest and many more. Fifteen women aged 18 to 45 with an optimal health condition were a part of a yoga group. All these subjects were regular yoga practitioners for several years. The control group had the same number of people with similar characteristics but were not yoga practitioners or any other respiratory training.

They ran several tests to analyse the fundamental differences in their body functioning. The researchers conducted the tests under the same conditions for both groups and found significant differences in how the yoga group’s respiratory system functioned compared to the control group’s.

Another article, ‘Positive Effects of Yoga on Physical and Respiratory Functions in Healthy Inactive Middle-Aged People,’ published in the International Journal of Yoga in 2019, probes into the role of yoga in improving the respiratory health of middle-aged people. The study chose 28 healthy, non-smoking participants between the age of 40 and 60 and divided them into two groups. One group practised yoga asana (the physical practice), and the other group practised yoga asana with pranayama. All of them practised it once a week for eight weeks. Each session was about 70 minutes.

Researchers used different tests and machines to measure the changes in respiratory and other changes in the participants’ bodies. The results showed significant improvements in the overall body functioning of both groups. But the group that had practised yoga asana with pranayama showed improvement in the strength of inspiratory muscles and body flexibility.

The modern world is fascinated with the idea of returning to one’s roots. Yoga asana is a gem the ancient world has gifted, and it has been explored scientifically since the nineteenth century. The studies try to prove its various therapeutic effects on the human body, and many existing pieces of research have already established many of its benefits. Yoga has many proven benefits related to respiratory health and other added advantages. It is advisable to practise yoga to maintain good mental, physical, and spiritual health.

Verified By Apollo General Physician
https://www.askapollo.com/physical-appointment/general-physician
Our expert general medicine specialists verify the clinical accuracy of the content to deliver the most trusted source of information makine management of health an empowering experience
Facebook
Twitter
WhatsApp
Linkedin
Previous articleAll About Liver Cyst and How Serious Is It on the Liver?
Next articleInsulinoma – Causes, Symptoms & Risk Factors
RELATED ARTICLES
General Medicine