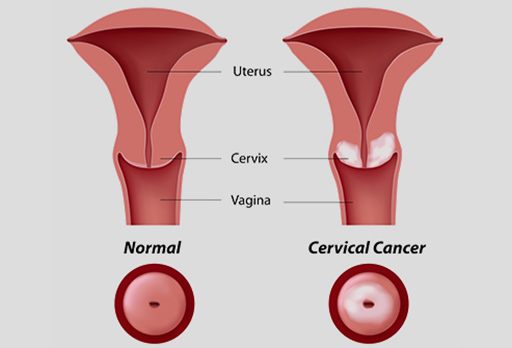 Cervical Cancer is a common cause of death in women. It’s important for every woman to know something about these diseases. This article contains all you need to know about cervical cancer.

What Is Cervical Cancer

Cervical cancer is a type of cancer that begins at the lower end of the uterus that contacts the upper vagina called uterine cervix. Cervical cancer is a common cause of death in women in most developing countries due to lack of access to screening and vaccines against human papillomaviruses(HPVs)

Cause of Cervical Cancer

The most common cause of cervical cancer is long standing infection with one of the papillomaviruses(HPVs). HPV infection is common, and not all HPV infection leads to cancer. There are many types of HPV, over 100 types and only a few types have been linked to cancer. Other HPV types usually cause benign warts on the genitals or skin. High-risk HPV has been proven to cause cancers of the cervix as well as cancers of the penis in men.

Cervical cancer may not generate any signs or symptoms, mostly in its early stage. Symptoms may develop when the cancer cells start to attack surrounding tissues. Some of the signs and symptoms include abnormal vaginal bleeding, longer or heavier menstrual periods than usual, vaginal bleeding after sex, pain during sexual intercourse other abnormal vaginal discharge etc.

What are The Stages of Cervical Cancer?

The stage of any cancer is the extent to which it had spread in the body when it was diagnosed. Staging cancers are significant in determining the best treatment plan.

In general, the stages of cervical cancer are as follows:

Cervical cancer is common amongst women, it occurs in 13,000 women each year in the U.S., leading to about 4,100 deaths. This cancer can be treated if detected early. Women should go for cancer screening to prevent its occurrences.