HomeHealth A-ZAre brain aneurysms dangerous? What problems do they cause?
Health A-ZNeurology

Are brain aneurysms dangerous? What problems do they cause? 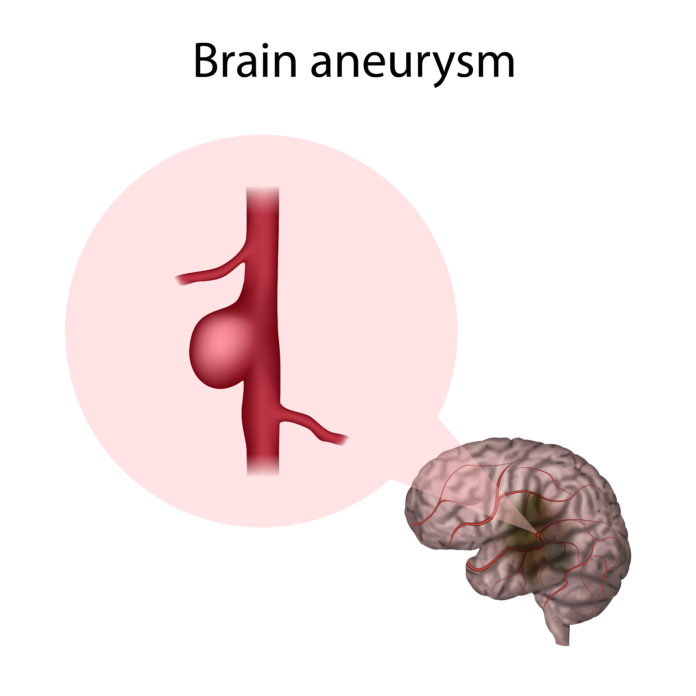 When most of us think about the word aneurysm, we think about chaotic scenes from movies where someone is being rushed into an operation theatre with a whole lot of doctors and nurses following, or the character stops mid-speech to fall dead within a second. All of these project aneurysm as a very scary and fatal condition. But let’s stop to consider what really makes an aneurysm, and understand when you should be concerned and when to take it easy.

What Are Brain Aneurysms?

However, when they are harmful, brain aneurysms have a risk of rupture or leakage  which can be devastating, especially if medical attention is not sought at the right time.

What Are Some Common Types Of Brain aneurysms?

Brain aneurysms are most often saccular. These look like a  berry  hanging from a stem  and are usually found at the base of the brain.

Other types are fusiform, where the aneurysm bulges out on all sides of the artery

and mycotic, where an infection weakens the vessel wall.

Brain aneurysms can also be classified by their size into small, large and giant.

There are a number of risk factors that cause brain aneurysms. A few are out of our control such as genetic conditions like Polycystic kidney disease, Ehlers-Danlos Syndrome, tuberous sclerosis, arteriovenous malformations etc. Those with a family history of these diseases have a high risk of developing brain aneurysms.

Others are factors that can be modified include:

Aside from these, certain types of head injury and brain tumors can also cause aneurysms.

The theory is that when the blood flow within vessels becomes turbulent, the walls of the vessels become weak and are slowly pushed outwards.

What Complications Can You Expect From A Brain Aneurysm?

Think of an aneurysm like a balloon. When a balloon is inflated, it slowly grows until it bursts.

While not all aneurysms are guaranteed to burst, one of the most worrisome complications of an aneurysm is what is called a rupture.

When brain aneurysms rupture, they cause bleeding into the skull which can be rapidly devastating and lead to death if not treated in time. These are what are called haemorrhagic strokes, or strokes caused by bleeding.

A ruptured brain aneurysm, most often, occurs in the space between brain and thin tissues covering the brain. Such a hemorrhagic stroke is called a subarachnoid hemorrhage.

Bleeding can lead to seizures, increasing pressure within the brain, change in sodium levels, and spasm of blood vessels reducing blood supply to other areas and brain damage.

What Are The Symptoms to Look Out For If You’re Worried About An Aneurysm?

Usually, small aneurysms do not show any symptoms and may not be worrisome. However, large aneurysm  and ruptured or leaking aneurysms are dangerous and need immediate medical attention.

A large unruptured aneurysm can press on nearby nerves and brain tissue and can cause unilateral headaches, pain above or behind the eye, dizziness, difficulty in speaking, moving, unilateral numbness or weakness.

However, a ruptured or leaking aneurysm can occur with:

If you or your loved ones develops any of the above symptoms, you should seek medical help as an emergency.

To Request an appointment at Apollo Hospitals

How Will Your Doctor Diagnose A Brain Aneurysm?

After your doctor evaluates your history and does a physical examination, they might choose to perform imaging tests to see if you have an aneurysm.

For those at risk of a ruptured aneurysm, a CT scan of the brain is performed, as it is the fastest imaging modality.

Other diagnostic tests that your doctor might ask for are:

If there is high suspicion for a ruptured aneurysm with an intracranial bleed, your doctor might also perform a lumbar puncture to find evidence of blood in the spinal fluid.

What Treatments Are Available For Brain Aneurysms?

Treatment for a brain aneurysm varies depending on the type of aneurysm, the location, the cause and complications.

Maintaining your blood pressure, blood sugar and cholesterol within normal limits, quitting smoking and cutting down your alcohol intake can help prevent your chances of getting an acquired brain aneurysm.

Most aneurysms are not hereditary. However,, if you do have a genetic condition that predisposes to brain aneurysms, there is a possibility of your close relatives having the same condition. Similarly, if two or more close relatives have a history, you can consider getting your family screened as a precautionary measure after consulting a specialist.

Depending on whether the aneurysm has ruptured/not ruptured, recovery rates can vary. For non-ruptured aneurysms, after a successful procedure, most patients can resume all their normal activities. For those with ruptured aneurysms, the recovery can take longer, depending on the type of complications they have faced.