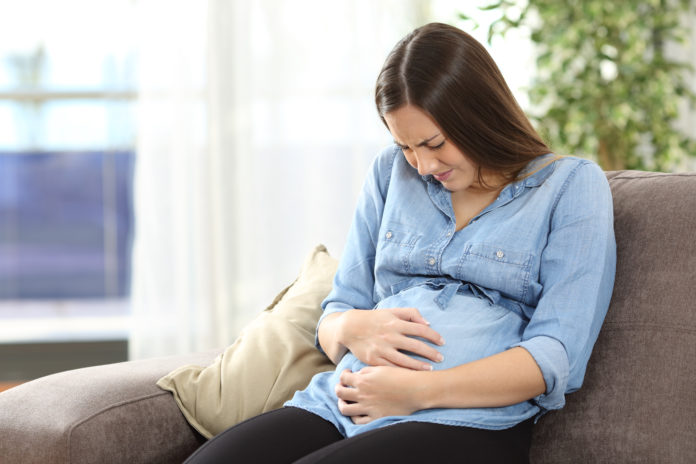 Approximately 1 in every 3 women experiences such bleeding during the first trimester of their pregnancy. Although in most cases  it is nothing to be concerned about, you should know how much bleeding is normal and when to see a doctor.

Through this article, you will learn about the possible causes, preventions, remedies, and symptoms of bleeding during pregnancy.

Any bleeding, including a slight spot of blood from your vagina, during your pregnancy is not regular menstrual bleeding and can be referred to as pregnancy bleeding.

What are the causes of bleeding during pregnancy?

The causes of bleeding during pregnancy do not vary much from one woman to another. Below, we discuss some common and most probable causes for this:

Light bleeding during pregnancy is normally not a cause of concern. However, if the bleeding is associated with or followed by lightheadedness, nausea, contractions, fever, abdominal pain, and chills and lasts longer than a few days, it is best to see a doctor.

If you have been advised already that your bleeding is normal and if it seems to get heavier, chances are that it may not be normal. Contact the doctor again to get immediate medical attention.

How to prevent bleeding during pregnancy?

Although any form of bleeding during pregnancy can not be prevented, you should get regular blood tests. This can help your doctor detect your blood type and the level of pregnancy hormones and thus identify if there are any possible chances of bleeding rather than the usual spotting.

Along with this, regular vaginal exams may also help in the early detection of complications.

Ultrasound scans are also helpful for detecting the probability of bleeding during pregnancy as they provide a full picture of the placenta and uterus.

What are the possible remedies for pregnancy bleeding?

What are the treatment options?

If the bleeding is light and does not last more than 1 or 2 days, you probably do not need any treatment, but that should be advised from your doctor.

If the bleeding is due to some other aforementioned causes, your doctor will decide the course of treatment.

Bleeding during pregnancy is a common occurrence and may happen without any serious repercussions. However, the bleeding could also be a sign of miscarriage, ectopic pregnancy, uterine rupture, placenta previa, and other conditions that require immediate medical attention.

What is a molar pregnancy?

What are the common problems that women experience in bleeding during early pregnancy?

Ans: The problems vary from a completely normal vaginal infection to a dangerous case of ectopic pregnancy or even miscarriage, which is a  possibility.

How can I identify if I am having an ectopic pregnancy?

Ans: Apart from vaginal bleeding, you will likely experience nausea, bloating, vomiting, cramping and pain in the lower abdomen, cramping in the pelvis especially in one side of the body if you have an ectopic pregnancy.

Verified By Apollo Doctors
https://www.askapollo.com/
At Apollo, we believe that easily accessible, reliable health information can make managing health conditions an empowering experience. AskApollo Online Health Library team consists of medical experts who create curated peer-reviewed medical content that is regularly updated and is easy-to-understand.
Facebook
Twitter
WhatsApp
Linkedin
Previous articleCold Hands: What are the causes and Treatment?
Next articleWhen should you be Worried about Breast Rash?
RELATED ARTICLES
Cardiology