Can a Virus Cause Tuberculosis of the Lungs 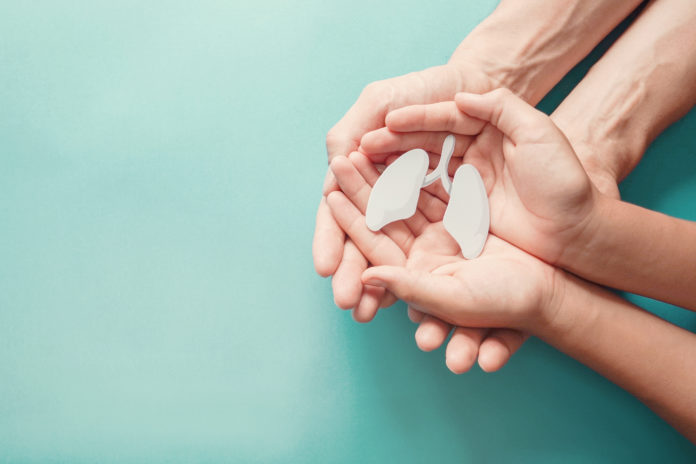 Tuberculosis, commonly known as TB, is a serious and infectious disease that severely harms your lungs and causes breathing problems. Moreover, this is a communicable disease, as the bacteria that are contained in TB can easily spread from one person to another while coughing and sneezing.

This happens because when the infected patient sneezes or coughs, the tiny droplets released are spread into the air, causing another person to breathe in that air.

Tuberculosis is one of the common diseases. Tuberculosis has infected nearly 10 million people worldwide; this has been the data gathered from WHO in 2019. TB is listed on the top 10 reasons for death by a world health organization, so if you have symptoms like cough for an elongated time period, consulting the specialist is critical.

This contagious infection severely affects your lungs and can also be spread to other parts of the body like the brain and spine. Mycobacterium tuberculosis is the bacteria found in the body that causes a patient to suffer from TB. Today, with the use of antibiotics, TB can be cured, but the medication doesn’t give you immediate results. It takes from 6 months to a year to get rid of the bacteria causing TB.

What are the Different Types of Tuberculosis?

Patients diagnosed with TB are not always sick; sometimes, the tuberculosis can result in different forms of disease. Two of them are:

If you have TB germs that have not been treated, there is a higher possibility of them increasing and making you sick. And, because this is a contagious disease, the germs can spread to others, making them sick as well. It has been found that 90% of patients diagnosed with active TB have latent TB infection.

What are the Symptoms of Tuberculosis?

When is the Right Time to Visit the Doctor?

If you have a constant fever, facing unintentional weight loss, having consistent coughs and night sweats, go for a consult. These are the signs that suggest the possibility of TB. However, they can also result from other problems, which is why medical consultation is necessary to rule out other issues.

Below mentioned are the people who are vulnerable to TB and should go for an immediate consult if the above-mentioned signs persist:

What are the Common Causes of Tuberculosis?

The reason for tuberculosis in individuals is a contagious bacteria (Mycobacterium tuberculosis). TB is contagious, and it is easy to be exposed if you are not aware of the possible causes. You can get it from any infected patient. Let’s rule out the causes of TB in some individuals:

Patients infected with HIV have a weak immune system, making it difficult for the body to stop the spread of TB bacteria. This means people diagnosed with AIDS are more vulnerable to tuberculosis.

It occurs when the first live anti TB drugs are unable to kill the harmful bacteria. In drug-resistant TB, the bacteria in the body become resistant to the antibiotic and drugs given, which leads TB to get advanced.

What are the Risk Factors of Tuberculosis?

When it comes to TB, every individual is vulnerable; the only way to get away from it is with a strong immunity system. So, you need to understand the possible risk factors that can make you the victim of this contagious disease:

A healthy immune system can fight the bacteria from spreading. But, if you do not have strong immunity, your body is unable to form an effective defense mechanism against the mycobacterium tuberculosis. The diseases that weaken your immunity system are:

There is a higher risk of getting the contagious TB if you have several infected patients around you. The higher cases of TB are seen in countries like:

Patients with a lack of medical care are also in the risk zone. Other than this, individual that induces elements like:

What is the Diagnosis of Tuberculosis?

The medical practitioner takes the physical test, where they look for the tenderness of lymph nodes and also look for breathing sounds.

A substance called PPD tuberculin is induced into your skin below the forearm to get the diagnosis of TB. Within 48-72 hours, the forearm is checked to see whether the area is swollen or not. If there is a bump, then you might have TB (size of bump states the advancement).

It is used to confirm the type of tuberculosis. It also helps to check how your immunity system will react to Mycobacterium tuberculosis. The blood test is done to see what risk a patient is with the TB infection.

If you have a positive skin test, you will likely go for an X-ray or CT scan to see the area of your lungs infected with TB and whether it has been spread to other body organs.

If imaging tests show signs of TB, then you will go through a sputum test (mucus test). The samples will be taken to see the severity of the disease. This test is also used for the drug-resistant test, as it helps the doctors to come with an effective treatment plan.

What is the Treatment for Tuberculosis?

For the treatment of tuberculosis, medication is the best solution. However, the treatment of TB takes much longer as compared to other diseases. Thus, based on the severity of your disease, doctors prescribe you treatment like TB drugs like Isoniazid or Rifampin.

What are the Complications Involved with Tuberculosis?

Tuberculosis can infect the majority of individuals. Most patients with a weak immune system have a high risk of the disease, so it is always advised to stay alert and away from TB patients to eliminate the risks of getting attacked by the bacteria.

With a proper treatment plan and restriction to infected places, the complete cure of TB is possible. The WHO states that over 63 million people were saved with the right treatment.

The air circulation through the lungs becomes restricted, which causes patients with shortness of breath and excessive cough. So, lungs can be deeply infected with TB.

Yes, with the weak immunity system and high risk of living with TB-infected patients, anyone can be diagnosed with TB more than once.