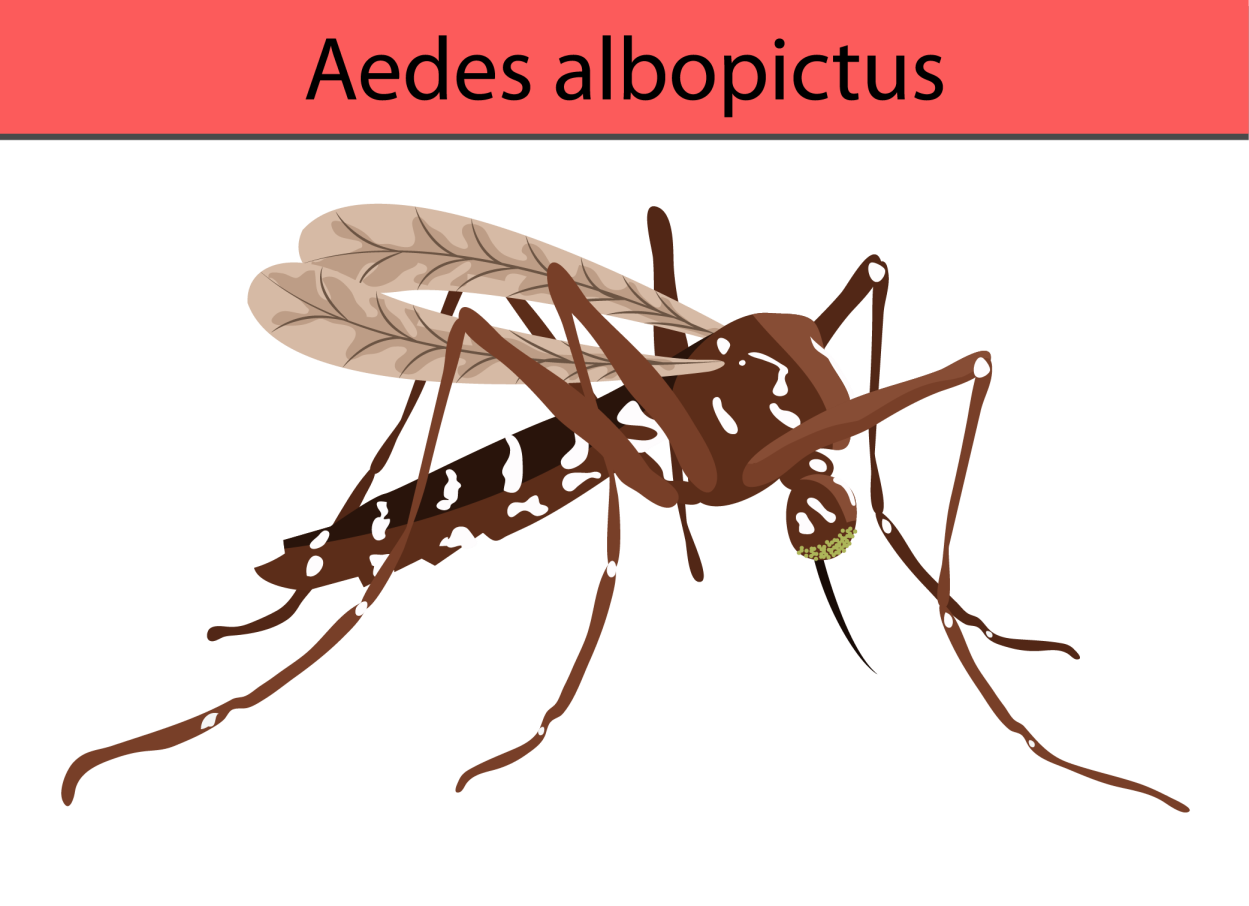 Chikungunya fever is caused by an arbovirus that belongs to the family Togaviridae in the genus Alphavirus. It is transmitted by the bite of infected mosquitoes. Epidemics of Chikungunya fever is reported from various countries around the world. The infection was first seen in East Africa in 1952.

The fever starts suddenly, and the acute stage has symptoms of severe arthralgias,  skin rash, and myalgias. Crippling arthritis and swollen tender joints are also noted in some patients. In the chronic stage, there is the relapse of fever, abnormal physical weakness, exacerbation of arthralgias, inflammatory polyarthritis, and stiffness may be evident. Ocular, Neurological and mucocutaneous manifestations are also noted. Chronic arthritis also develops in about 15% of the patients. Serodiagnostic methods for the detection of immunoglobulin M and immunoglobulin G antibodies against Chikungunya virus are the diagnostic procedures which are done.

Though Chikungunya is usually self-limiting, sometimes severe symptoms such as fulminant hepatitis, meningo-encephalitis, and bleeding manifestations can occur. Treatment is usually supportive and symptomatic. There is no vaccine available for Chikungunya fever. The disease is prevention by vector control measures and educating the community and public health officials about the disease.

Chikungunya virus is reported in Asia, Africa, Europe, and the islands of Pacific and the Indian oceans. It has also spread to the Caribbean, South America, Central America and North America.

Outbreaks can occur in populations where both mosquitoes and humans are infected with the virus. The virus may be transmitted from the mother to her newborn or by blood transfusions from an infected individual.

The cause of Chikungunya disease is the virus transmitted by the bite of infected mosquitoes. The primary spreading agent for Chikungunya Virus (CHIKV) is the mosquito, Aedes aegypti or yellow fever mosquito. CHIKV is alphaviruses and mosquito-borne arbovirus.

The virus is predominantly present in the tropics. Another mosquito species which has been found to be a carrier is Aedes albopictus. Aedes aegypti bites during the daytime. Over the years Aedes mosquito has evolved and adapted itself for biting the humans. They even reduce humming of wings while approaching humans and attack from below so there is minimal detection. This mosquito is usually seen in urban areas. Aedes mosquito requires only 2ml water for breeding, and their eggs can lay dormant up to one year. Carrier mosquitos can even pass the infection to its next generation.

Following this, the virus multiplies in the bloodstream and spreads all over the body. The symptoms occur two to twelve days after the mosquito bite. Chikungunya fever is usually characterized by severe pain in the joints, sudden onset of fever and skin rashes.

The two transmission cycles of Chikungunya disease is the enzootic cycle and the emergent epidemic cycle.

Chikungunya virus can be transmitted by a sudden, urban transmission cycle that relies only on A. aegypti and A. albopictus and human amplification hosts. This epidemic cycle results in high levels of human exposure to mosquito transmission. It is ideal for epidemic transmission. Adult females prefer to feed on humans, often take several partial blood meals during a single gonotrophic cycle. They oviposit in artificial containers as their preferred larval sites, and rest inside houses with ready access to human hosts. Humans develop high-titer viremias that generally persist during the first 4 days after the onset of symptoms.

The incubation period is the time period after a person is infected with the Chikungunya virus until the onset of the symptoms. It may be between 1 to 12 days. The fever typically starts on day two or three.

The signs and symptoms of chikungunya start with one or more of the following: fever, chills, nausea, vomiting, joint pain, headache. The patient usually has 100 to 104 degree Celsius fever. The symptoms appear suddenly accompanied by rashes.

The main physical symptoms of Chikungunya are as follows

The clinical symptoms of chikungunya seen in children are as follows

Treatment of chikungunya is primarily symptomatic

If the person is taking medicine for another medical condition, inform the doctor before taking additional medication.

There is no commercial vaccine for CHIKV currently

1) What is chikungunya fever?

Chikungunya fever is a viral disease caused by the Chikungunya virus and transmitted by the bite of infected mosquitoes.

2) What is the incubation period of chikungunya?

The incubation period is the time after the person gets infected with the Chikungunya virus up to the onset of the symptoms. It may range between 1 to 12 days.

3) Is there any seasonal pattern for chikungunya fever?

Chikungunya is known to spread in any month of the year. Epidemics mostly occur during post-monsoon periods.

4) What is the difference between chikungunya and dengue?

In chikungunya, the fever is of shorter duration, more of maculopapular rash, severe joint/bone pain is common and lasts for more than a month but hemorrhage and shock are rare.

In Dengue, on the other hand, has a fever of longer duration. Dengue fever can also manifest as haemorrhagic fever, with bleeding from the gums, nose, gastrointestinal bleeding, and skin. In rare cases, dengue can also cause dengue shock.

5) What is the treatment for chikungunya fever?

Treatment of Chikungunya is mainly symptomatic.

Apollo Hospitals has the best chikungunya treatment doctors in India. To find the best Chikungunya doctors in your nearby city, visit the links below: