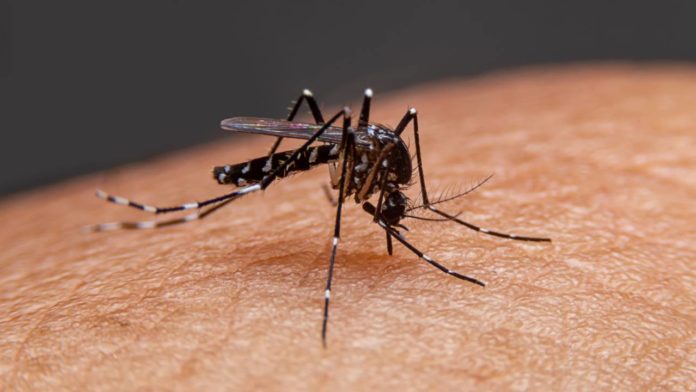 Mosquito-borne fevers, especially malaria, dengue, and chikungunya, have shown a significant rise recently. If unchecked, these diseases can lead to the death of the patient.

According to WHO, half of the world’s population is at risk of contracting dengue and malaria, with over 400 million dengue infections and around 230 million cases of malaria reported in 2019. Cases of chikungunya have also seen an increase over the past few years.

How can one differentiate between dengue, malaria and chikungunya?

For all the three diseases, the main common factor is what causes them, which is through mosquito bites. However, each disease has its own set of symptoms that needs to be treated in a particular way. To understand this better, let’s take a look at each condition individually –

Dengue fever is an infectious disease carried by the Aedes mosquito. DEN-1, DEN-2, DEN-3, and DEN-4 are the four main viruses that cause the illness. Dengue fever is also known as break-bone fever because it sometimes causes severe muscle and joint pain that feels like your bones are breaking.

Nearly 400 million people fall prey to this disease every year, taking the death toll to over 22 000 mortalities worldwide.

The exact symptoms of dengue fever depend on age and usually start with fever symptoms within 4 to 7 days after an infected mosquito has bitten a person.  The most common symptoms of classic dengue include:

Some patients with dengue fever develop dengue hemorrhagic fever, a more severe form of viral illness. This form of dengue fever can be life-threatening and may progress to dengue shock syndrome, the most severe form of the disease. Symptoms include:

Malaria is a life-threatening mosquito-borne infectious disease caused by a parasite called Plasmodium, transmitted to humans via infected female Anopheles mosquito bites.  In the human body, the parasites multiply in the liver, enter the bloodstream, and then infect the red blood cells. However, this condition is both preventable as well as curable.

In the year 2019, there were around 229 million cases of this mosquito-borne disease worldwide. And the estimated cases of deaths were 409000.

Symptoms of malaria are divided into two categories: Uncomplicated malaria and severe malaria.

The word ‘chikungunya’ means ‘to walk bent.’ Fever and joint pain are significant symptoms of chikungunya. A bite predominantly transmits the chikungunya virus from an infected female, “Aedes aegypti,” commonly called the ‘yellow fever mosquito.’ The most affected places are the countries located in Asia, Africa, Europe, and Pacific, and the Indian oceans.

While the incubation period of chikungunya disease is between two to six days, the symptoms usually start appearing four to seven days post-infection. Other classic symptoms include:

What Are the Similarities Between Dengue, Malaria, and Chikungunya?

Similarities between malaria and dengue include the following symptoms:

Similarities between dengue and chikungunya include the following characteristics:

How Does Treatment for Dengue, Malaria, and Chikungunya Differ?

While the Aedes mosquito (also referred to as ‘daytime’ feeder’) that transmits dengue fever and chikungunya tends to be more active during the day, the Anopheles mosquito that transmits malaria tends to be active chiefly at night. Therefore, the most critical measure that you can take against these diseases is trying to avoid mosquito bites during the day and at night. Other preventive measures include:

All three diseases – malaria, dengue, and chikungunya, overlap in distribution largely, and their symptoms can make them difficult to distinguish in the early stages. To prevent these endemic diseases, we need to understand them first.

Can one be infected by malaria after dengue?

Both malaria and dengue have their distinct mosquito vector. However, the habitat of these vectors is not the same. While the malaria mosquito vector (Anopheles) is mainly prevalent in forests and areas of dense vegetation, the dengue mosquito vector (Aedes) can be commonly found in cities. And, habitat overlapping is not seen easily.

What type of virus causes dengue?

The dengue virus belongs to the Flaviviridae family.

Is dengue worse than malaria?

According to WHO, dengue is one of the fastest spreading viral conditions globally and dangerous too.

How long does chikungunya last in your body?

In most cases, the signs and symptoms of chikungunya last for 3-days to 10-days.

What is the difference between dengue and chikungunya?

Both dengue and chikungunya are viral infections. However, the former is caused by the Flaviviridae flavivirus, whereas the latter, by the Togaviridae alphavirus.

What causes dengue and its common symptoms?

Did you know about all the mosquito-borne diseases?