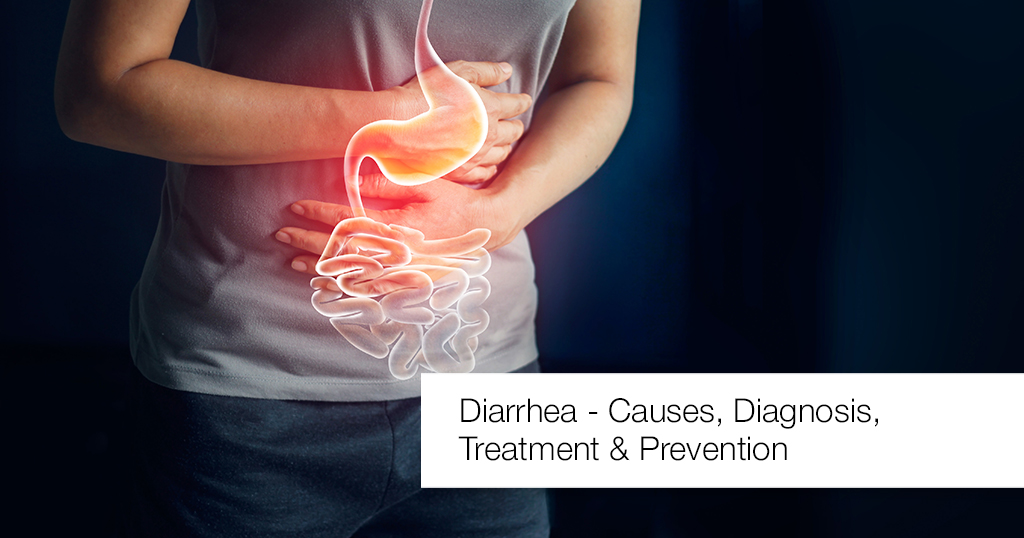 Diarrhea can be quite uncomfortable, but it usually doesn’t indicate a serious health problem. Nearly everyone experiences diarrhea sometimes: Adults have episodes about four times a year on average, and children will experience about 10 bouts of diarrhea by age 5. Many things can trigger diarrhea, including infections; bad reactions to medication; intestinal disorders such as celiac disease, Crohn’s disease, or IBS; and food allergies or intolerances. Most short-term cases of diarrhea clear up without treatment, but diarrhea that lasts longer than two weeks should be evaluated and treated by a doctor. Diarrhea in children can also become more serious, since they tend to become dehydrated more quickly.

The Dangers of Diarrhea in Children

Children of any age can get diarrhea, but it’s more common in babies and toddlers — and it can turn from uncomfortable to dangerous very quickly if dehydration sets in. The most frequent cause of diarrhea in kids is infection, but another common cause is too much sugar from juices or other drinks.

Many different factors may trigger diarrhea. Acute diarrhea that lasts for more than three days, is typically due to a bacterial or viral infection. In contrast, chronic diarrhea, which persists for two weeks or longer, is more likely to be caused by underlying digestive conditions, such as intolerance to certain foods, IBS, Crohn’s disease, or ulcerative colitis. Medications including antibiotics, antacids, and high blood pressure drugs are another common cause of diarrhea.

Diagnosing the Causes of Diarrhea

There are a wide variety of tests that may be performed to determine and diagnose the cause of Diarrhea. As soon as a physician performs a medical exam, which may include feeling the abdomen carefully and performing a rectal exam, blood tests are generally ordered to look for evidence of infection, electrolytes imbalances (salts in the blood), anemia, or inflammation. Your physician may also ask for some of your diarrheal stool in a special container that will be sent to a lab for testing. The following further tests may also be ordered to diagnose the causes of diarrhea:

Other tests may also be performed to check if conditions such as, inflammatory bowel disease, celiac disease, thyroid disease, or IBS (irritable bowel syndrome) are responsible for chronic diarrhea. In certain cases, a biopsy of the small bowel may also be needed to diagnose problems or conditions that do not show up in blood work and other screening tests.

However, which tests will be performed depends on the individual risk factors and medical history. From there, physicians will determine what tests have be run and what treatments should be tried.

Usually, a bout of diarrhea will last only a few days (three days), and you will recover without any remedies. But there are some treatment options that can make you feel better and avoid any serious complications, including drinking lots of fluids to replace the water and salt lost in your stools. You’ll also want to stick to a bland diet to avoid irritating your bowel. Over-the-counter medications can also be helpful in stopping an occasional bout of diarrhea, but they should not be used for more than two days. The doctor may also prescribe medicines to tackle the cause of diarrhea such as infections .

Good hygiene is the key to preventing short-term bouts of diarrhea. Viruses and bacteria that can cause diarrhea spread through human contact, so touching anything that has been in contact with a person who has diarrhea can put you at risk. The best way to prevent diarrhea (caused by infection) is to keep our hands clean and stay away from people who are sick. Undercooked meats and other foods can also harbor bacteria that cause diarrhea, so cleanliness in the kitchen is another important step. Food hygiene and not eating out at unhygienic places , as well as drinking clean water also help in preventing diarrhea .