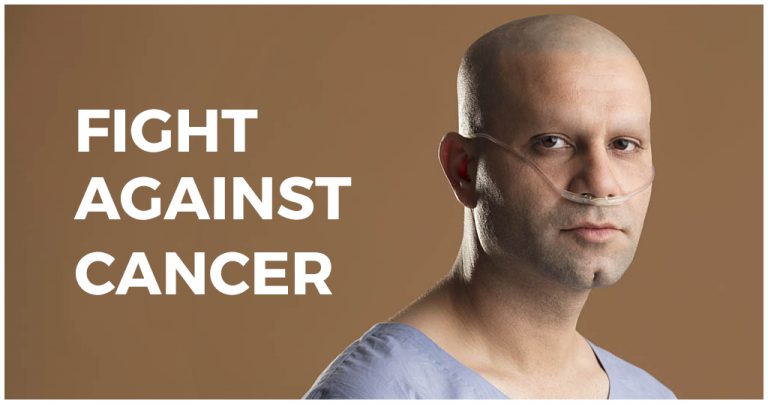 In the last hundred years, medicine has seen advances that have not been witnessed in human history. As a result, today we are healthier and live longer than at any time in the past. Diseases such as smallpox that have killed millions have now been completely eradicated, thanks to vaccinations and the dreaded scourge of tuberculosis are now treated successfully with antibiotics. Healthy eating and active lifestyles have contributed to lower morbidity and mortality from diabetes, heart attacks and stroke.

In this very optimistic healthcare environment however, there remains an outlier- a disease which even now has an overtly grim outlook – primary brain cancer. Tumours of the brain can affect children and adults and are of several types. Tumours of the meninges, or the covering of the brain, are usually benign and is now completely curable by surgery. Tumours in children may be cancerous or benign but in general, have a far better prognosis than cancer that affects adults. In adults, however, tumours that start from glial cells (these are cells in the brain and support and nourish the nerve cells), also known as gliomas have, in general, a very poor outcome. Gliomas are graded on a scale of 1-4 depending on the ‘degree’ of malignancy and glioblastoma (Grade 4) is the most common and has the worst outcome. Glioblastomas affect 5 in 100,000 people, has a dismal median survival of 9-14 months with best available treatment.

All is not lost, however, and the push to find a cure for this dreadful disease has never been greater than in the last 10 years. All cancers are caused by the unregulated proliferation of cells that bypass the checks and balances that usually exist to stop the uncontrolled multiplication of cells. This proliferation is usually triggered by a mutation (change) in the genetic code. The mutation may affect one gene (as seen in certain blood cancers) or many genes, as seen in brain and colon cancers.

Pathology still remains the bedrock of cancer diagnosis which is done by the recognition of malignant cells on a slide prepared from the biopsy specimen.  Patients with abnormal findings on a brain scan undergo either a biopsy, which is usually guided by a CT or MRI scan or a radical excision. The sample of tumour is then examined by a pathologist for the final diagnosis. In glioma, different grades of the tumour can co-exist, though the outcome is determined by the highest grade of the tumour. As it is impossible to predict the location of a bit of tissue which represents the highest grade on a CT or MRI scan, it is possible that the pathological tissue sample obtained by a biopsy is not representative of the tumour. In inexperienced hands and in certain kinds of tumours, the biopsy error rate may be as high as 30%.

Liquid biopsy is one technology that circumvents such errors. Brain tumours, release within the bloodstream and the cerebrospinal fluid nano and micro vesicles (also called exosomes and are released by live cells), circulating tumour DNA (released in the blood by the dead cells) and tumour cells per se. The isolation and analysis of these substrates in the blood can give us an accurate picture of not only the diagnosis but also help identify the cancer-causing pathways. As the quantity of exosome release increases exponentially with the grade of the tumour, a small high-grade lesion hiding is a largely low-grade tumour which may be missed on conventional biopsy becomes apparent in the liquid form. Voted by the MIT to be one of the breakthrough technologies of 2015, liquid biopsy is still in its infancy. However, the use of this technology in brain tumour diagnosis was demonstrated by the laboratory at Apollo Research and Innovations, Hyderabad, in a study that was published a couple of years ago.

One of the other limitations of pathology is that though provides us with a diagnosis, the architecture of cells says little about the possible mutant pathways that are causing cancer. Some of these pathways can now be targeted with specific drugs that halt the spread of disease. In a recent development, the WHO has now entrusted an international group of pathologists to revise the purely pathological grading system and introduce a genomic component to the diagnosis that not only improves the accuracy of diagnosis but also guides possible treatment. In the last 5 years, 5-6 genetic tumour markers have become mandatory for the diagnosis of gliomas. Today, the technology exists to simultaneously test 30,000 different gene mutations in tumour samples. With time and addition of more genomic data points, prognostication and treatment of such patients will surely improve.

Radical surgery improves survival in high-grade tumours. However, such surgery is only useful if it does not produce paralysis on the opposite side of the body. The two technologies that have made a difference to the outcome in radical tumour surgery are ‘awake’ anaesthesia and intra-operative MRI. The main problem that the surgeon faces when removing such a lesion is to accurately predict the ‘edge’ of the tumour, which looks like a normal brain even under the modern operating microscope. While straying away from the edge will cause paralysis, not removing the ‘edge’ will result in decreased survival. Awake anaesthesia is a relatively new technique that allows the patient to be woken up in the middle of surgery with the tumour exposed, completely pain-free. They are awake enough to be able to talk, move their limbs and tell the surgeon if they can move their limbs or if they feel anything abnormal as he continues to remove the tumour.  Surgery can be stopped at the first hint of trouble, thereby reducing the morbidity significantly. Intra-operative MRI also helps identify residual tumour edge in real time. When used in conjunction with awake anaesthesia it significantly improves outcomes of radical surgery.

While radical surgery or biopsy (in patients with inoperable tumours) is the first step in treatment, radiation therapy is mandatory for such patients. High dose radiation usually administered by an external beam damages the tumour DNA which causes the tumour cells to die during replication. This continues long after the radiation treatment has finished. However, radiation not only damages the cancer cells but also the normal tissue that surrounds it. Newer radiation techniques have now emerged to reduce these side effects. Stereotactic radiosurgery allows hundreds of sub-clinical X-Ray beams to be focused at one point within the tumour, thereby maximizing the dose delivered to the tumour but minimizing the exposure to the surrounding tissues, protecting the adjoining normal brain from the harmful effects of radiation. While conventional radiation uses electrons, the use of a proton beam is now revolutionizing brain tumour radiation in certain situations. Protons, being larger particles than electrons carry more energy and can be more accurately focused within the tumour. As the entire energy of the proton is delivered at the tumour bed there are no effects of radiation beyond the tumour. Such accurate targeting is not possible with the conventional radiotherapy systems.  South Asia’ s first proton therapy centre has just opened in Chennai.

The use of chemotherapeutic agents has not been on the frontline of brain tumour management, but that may change in the coming years. The chemo-sensitivity of glioma subgroups, with specific mutations, has been well known for many years. If gliomas are found to harbor particular targetable mutations, the results of chemotherapy can be remarkable. As our understanding of the biology of the disease improves, new targets will be discovered. More than 200 clinical trials are now recruiting glioma patients from the world over in an effort to identify and block the several cancer-causing pathways in gliomas.  Newer forms of chemotherapy in the form of ‘immune checkpoint inhibitors’ are using the body’s own immune system to target cancer cells. The first such drugs have now been approved by the FDA. This will surely play an important role in brain tumour management in future.

As we celebrate world brain tumour day, we must be more optimistic than we have ever been in the past that we are now closer than ever to curing this disease. Improvement in surgical and radiation techniques have improved survival from 3-4 months 30 years ago to almost 14 months now. But even today, gliomas which constitute only 1% of all cancers, contribute to 3% of all cancer-related deaths, emphasizing the advances in that have been made in the treatment of other cancers. We have taken strides in understanding the biology of this dreaded disease and teasing apart subgroups that respond to therapy will be an important part of the strategy. We hope it is not too long before we conquer this final frontier.