HomeHealth A-ZWhat is ECT and Why it is Performed?
Health A-ZTests and Procedures

What is ECT and Why it is Performed? 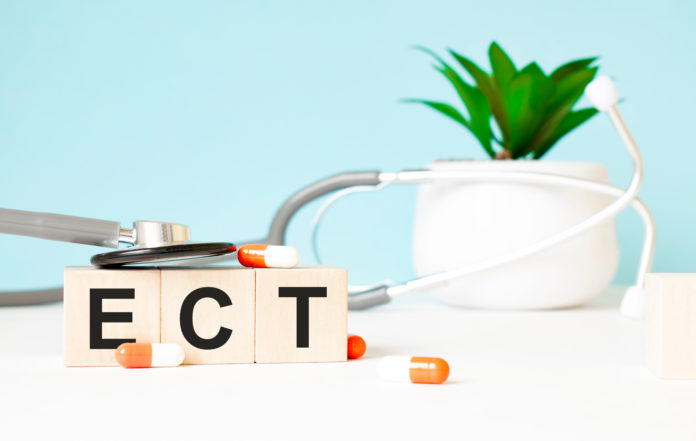 Electroconvulsive therapy (ECT) is a procedure, performed under general anesthesia, where, small electric currents are passed through your brain, intentionally triggering a brief seizure. ECT seems to cause changes in brain chemistry that can quickly reverse symptoms of certain mental health conditions. This procedure is often performed when all other treatments have failed towards curing a mental condition. Over the past many years, the procedure has become safer and less traumatic, as the electric current is passed in controlled settings with minimum risks.

Why is ECT performed?

ECT has been shown to provide immediate and significant improvements in your mental health conditions. This procedure has been employed when most other treatments have failed. ECT is currently being used to treat:

ECT is also considered a good treatment option for:

What are the risks associated with ECT?

ECT is usually considered safe, but some of the common risks associated with the procedure are:

How to prepare for ECT?

Your doctor would evaluate you fully if you are undergoing this procedure for the first time. Your full evaluation includes:

The ECT procedure in itself would take approximately 5-10 minutes. To this, you can add some time for preparation and recovery. This procedure can be performed either when you are hospitalized or as an out-patient procedure.

To get ready for the ECT, you would have to go through the following;

You would receive the anesthetic and a muscle relaxant through the IV line to make you unconscious and minimize seizure and injury, respectively. Additionally, you may receive other medications depending on your health condition.

Once under anesthesia, your doctor would allow a small electric current to pass through the electrodes to your brain that would cause a seizure lasting approximately sixty seconds. Owing to the anesthetic and the muscle relaxant, you may not even realize the oncoming seizure except for the one foot, which is monitored. An electroencephalogram (EEG) would record your brain activity. The brain activity would sharply increase upon induction with the electric current and would die down, showing that the seizure is over.

After a few minutes, the anesthetic and the muscle relaxant wears off, and you will be taken to a recovery room, where you will be continuously monitored until complete recovery is attained.

As you wake up, you may experience a brief moment of confusion that vanishes with time.

ECT can be given two to three times weekly for three to four weeks. The number of ECT procedures that need to be performed primarily depends on the severity of the condition.

Many patients observe marked improvement after the fourth or the sixth ECT procedure. Complete improvement would take a lot longer. While no one is still sure of how ECT works and how it is useful in treating various mental health conditions such as severe depression, reports have shown that the brain chemistry seems to have changed after the induction of seizure. Moreover, each seizure builds upon the change in brain chemistry achieved in the previous session, ultimately resulting in an improved position towards the end of the full course of treatment.

As the treatment does not end here, you would have to continue with the medications and maybe even milder ECT procedures in the future.

How does ECT work?

While it is not clear  how ECT works, some reports suggest that ECT floods the brain with neurotransmitters such as serotonin and dopamine, helping the brain recover from mental health conditions such as depression and schizophrenia.

How do I go home after the ECT procedure?

Your family would be asked to take you home and assist you with daily activities till the confusion and haziness disappears.

How long does it take to recover from an ECT procedure?

The procedure itself takes approximately five to ten minutes, and you would immediately wake up after the anesthesia wears off. However, since you are administered anesthesia, a lot of time is spent preparing you for the procedure and the recovery. You may feel groggy and hazy initially after regaining consciousness, but you can resume normal activities after a couple of hours.