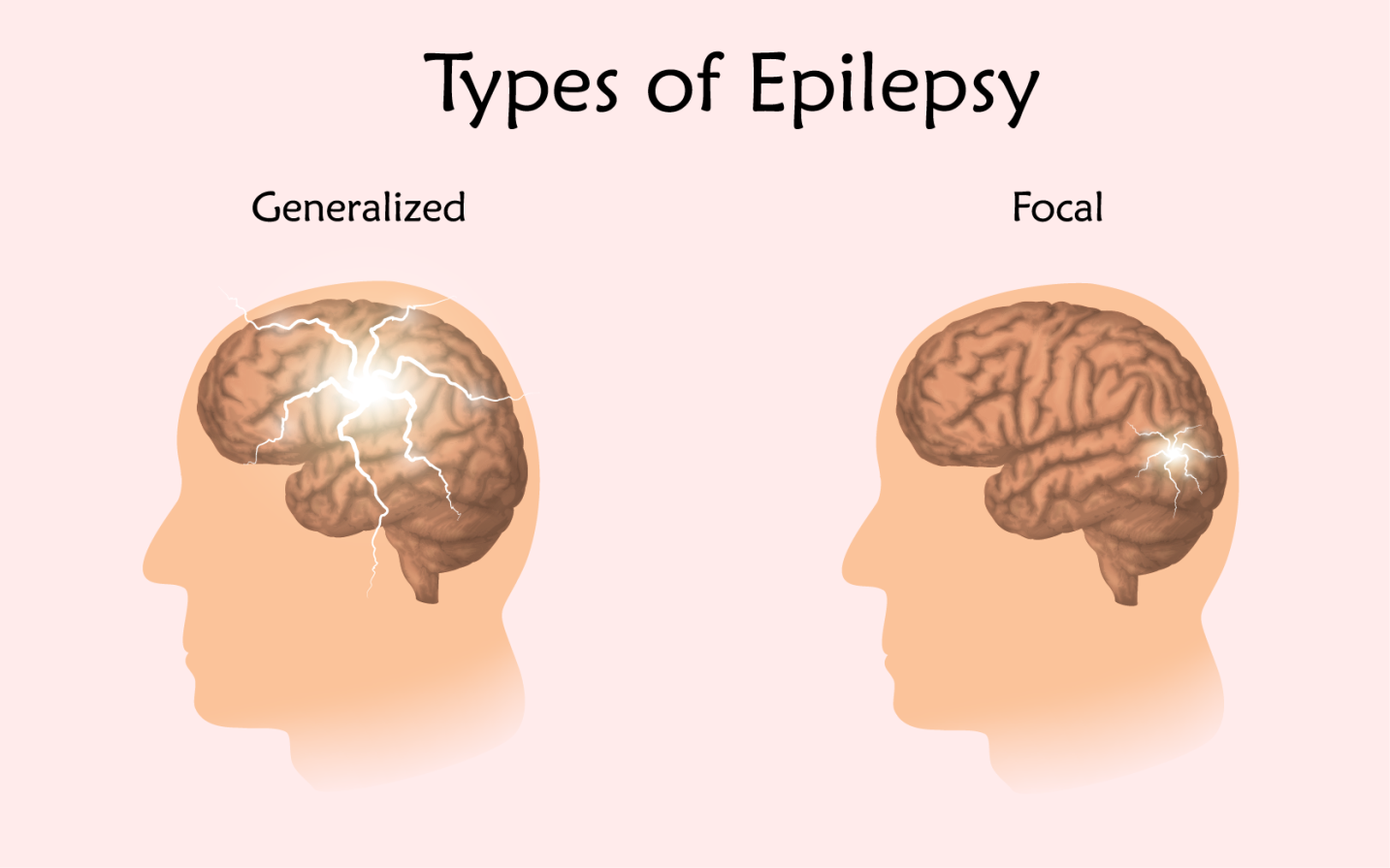 Epilepsy is a neurological (central nervous system) disorder. In this, the cluster of nerve cells present in the brain gives abnormal signals, and the normal pattern of neuronal activity is affected. The brain activity becomes abnormal, causing periods of unusual behavior or seizures, muscle spasms,  and sometimes, loss of awareness and sensations. A spectrum of brain disorders can cause epilepsies and seizures. They may be life-threatening sometimes.

If you have a single seizure, it does not mean that you have epilepsy. Epilepsy requires at least two unprovoked seizures. During an episode, some people may manifest twitching of arms and legs while some may have a blank stare. It affects both females and males of all races and ages.

Most people with seizures lead a normal, healthy life. In the epileptic patients, the two life-threatening conditions are status epilepticus and even sudden death (unexplained). In status epilepticus, the patients may have a prolonged seizure or they main not regain consciousness for a prolonged period after a seizure.

Epilepsy can be caused by an abnormality in the brain development or from a severe illness that may cause brain damage. Some disorders that may cause brain damage leading to epilepsy could be Alzheimer’s disease, head injury, pre-natal injuries and poisoning. Other causes that may trigger seizures are hormonal changes (during menstrual cycle or pregnancy), lack of good sleep, stress and alcohol consumption.

Seizures are divided into two major categories. They are focal and generalized seizures.

In a majority of the people who have epilepsy, dietary changes, medical management or occasionally surgical intervention is required. Some patients may need life-long treatment.

When a normal pattern of neuronal (nerves) activity is disturbed, it can cause seizures. Various reasons may cause disturbances in neuronal activity.

The major causes of epilepsy are

Sometimes some abnormal genes can cause epilepsy.

The abnormal activity of the brain causes seizures. The signs and symptoms of seizures may vary depending on the type of seizure and may include:

If a seizure develops due to abnormal activity in one area of the brain, then it is known as a focal seizure.

In this, the seizures may involve all the areas of the brain. Generalized seizures are of the following types:

Certain important factors may increase the risk of epilepsy such as

Complications are often seen in patients with seizures and epilepsy.

If you have a seizure or are predisposed to epilepsy, you have to consult your doctor immediately. Your doctor may ask you about your complete medical history and may also ask questions related to your exposure to epilepsy. The cause or triggering factors that are responsible for your seizures or epilepsy has to be identified first.

Complete neurological examination and neuropsychological tests: Your doctor may test your motor abilities, mental function and behavior to diagnose your condition. These tests help to determine the areas of your brain that are affected. Your memory, thinking, and speech skills are usually assessed. The type of epilepsy has to be determined before your treatment is initiated.

Most of the anti-epileptic medications have many side effects such as dizziness, weight gain, skin rashes, speech problems, loss of coordination, fatigue and memory and thinking problems. Suicidal thoughts and behaviors, severe rash and depression are some of the more severe side effects.

The below steps are followed to achieve the best seizure control possible with anti-epileptic medications:

Surgery is preferred in a patient if he does not have any good response to medical management. In surgery, the area of your brain that is responsible for seizures is removed. The surgery is only preferred in the following cases –

when the area that is operated does not interfere with vital functions like motor function, language, speech, hearing and vision, and

when seizures originate from a specific area of the brain.

In this diet, to obtain energy, the body breaks down fats instead of carbohydrates. Reduction in seizures was observed in a few children taking ketogenic diet under the close supervision of their doctors. Side effects include constipation, dehydration,  slowed growth and kidney stones. Other foods that provide some benefit for seizure control are modified Atkins diets and low-glycemic index.

Head Injury can lead to seizures or epilepsy. Safety measures such as using helmets while riding a motorcycle or wearing seat belts in cars can protect people from head injury causing epilepsy.

They aid in better cope up of individuals affected with epilepsy.

Many lifestyle changes and remedies can be employed to prevent epilepsy such as:

Educating yourself and your friends and family about epilepsy and its causes.

Epilepsy is a disorder characterized by affected and disturbed nerve cell activities in the brain causing seizures.

2) What is the treatment provided for epilepsy?

In most patients (around 80%), epilepsy is treated with anti-epileptic medications that control seizures very well. However, in 20% patients, surgical management is preferred.

3) Can you suspect a seizure before it occurs?

The most well-known warning signs of a seizure are auras. You may also notice a peculiar taste in your mouth, an odd smell or experience a visual disturbance, such as seeing flashy lights and blurry vision. You may feel as though the temperature in the room has changed or hear a non-existent musical sound.

4) Can I die from an epileptic seizure?

Although death from an epileptic seizure is very rare, it is not uncommon. Respiratory or heart failure is often the culprits causing death in the patients due to SUDEP (Sudden unexpected death occurring during epilepsy), status epilepticus and other seizure-related causes.

5) What is the most dangerous type of seizure?

Generalized tonic-clonic seizures (grand mal seizures) are the most dangerous type of seizures. They are also known as convulsive seizures. These are the most frightening seizures to watch as the patient often becomes unresponsive.

Overview : Diabetes is a chronic disease that damages blood sugar regulation in our body. While both women and...
Read more