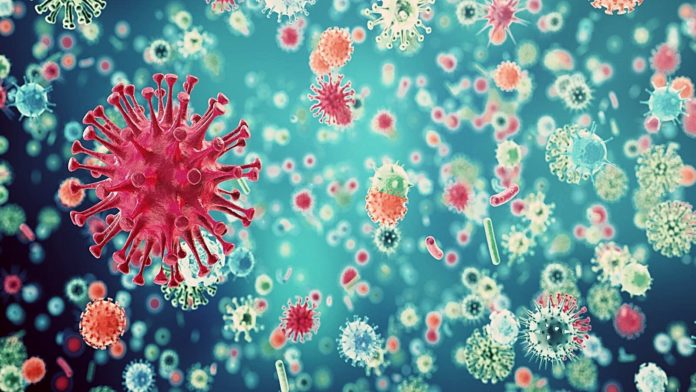 A new variant of COVID-19 called C.1.2 has been detected in many countries, including South Africa.

As per some experts, this new variant is most likely to be more transmissible and can evade the immunity generated by vaccines, to some extent.

Here is everything you need to know about this new variant.

Experts in South Africa have earlier issued an alert about this new C.1.2 variant which was being monitoring since May 2021.

From all the mutations that were detected so far, researchers have noted that this new C.1.2 variant is changing and mutating at a rapid rate within its genome compared to other ‘variant of concern’ or ‘variant of interest’, including the Delta variant.

Should I be concerned?

The new C.1.2 variant captured the interest of virologists and other geneticists owing to its rapid mutations – similar to those found in other highly transmissible variants that can evade the immunity generated by vaccines to some degree. According to the research done in South Africa, the new variant has almost twice as fast as the present global mutation rate of other variants

However, there is no enough evidence yet to know whether this new variant spreads more easily or poses a serious threat in our efforts to prevent COVID-19 through vaccinations.

When and where the first case of C.1.2 variant reported?

Experts discovere the first case of C.1.2 variant in May 2021 in the Mpumalanga and Gauteng provinces of South Africa. By June 2021, the variant was also detected in South Africa’s Limpopo and KwaZulu-Natal provinces as well.

Which other countries have reported cases of C.1.2 variant?

As of 13 August, 2021, six of the nine provinces of South Africa (including the Eastern and Western Capes) reported the cases of C.1.2 variant. In addition, Mauritius, New Zealand, England, Switzerland, Portugal and the Democratic Republic of the Congo (DRC) have also reported cases of the new variant.

How is the new C.1.2 variant different from others?

According to a study conducted by KwaZulu-Natal Research Innovation and Sequencing Platform (KRISP) and the National Institute for Communicable Diseases (NICD) in South Africa, the C.1.2 lineage has a mutation rate of approximately 41.8 mutations per year. This is twice as fast as the present global mutation rate of other variants.

Furthermore, researchers have also found that this new variant shares the T478K mutation with the Delta variant. The study also said that the mutations may help this virus evade immune response and antibodies, acquired from previous infections which may have been from the Alpha or Beta variants.

Will the C.1.2 variant overtake other variants?

It is too early to predict what will happen to C.1.2 variant. New COVID-19 variants are emerging constantly, many of which disappear as they are overtaken by variants that are more fitter and are able to transmit faster. For instance, the Delta variant has already overtaken many other variants in the recent past. Therefore, the C.1.2 would have to be very fit to outrun the Delta variant.

Based on the understanding of mutations in this new variant, while it may partially evade the immune response, however, there is no evidence our vaccines don’t work against it. So, there is no need to panic. Vaccinations still offers high levels of protection against hospitalization as well as death, and there is a good chance that they will continue to do so against C.1.2 variant as well.