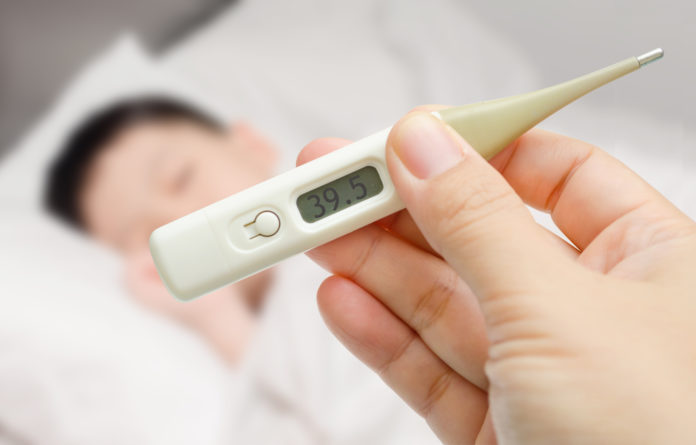 What are Febrile Seizures?

Febrile seizures are convulsions or seizures that usually occur among children within the age of 6 months to 5 years. These convulsions are often triggered by ear infections, flu, fever, or any minor childhood illness. In some cases, a child may experience these seizures without a spike in temperature and get fever  after a few hours. The condition may occur in children with normal neurological as well as physical development and are often harmless. The risk of febrile seizures occurs between 12 and 18 months of age.

Febrile seizures last only for a few minutes, and, in some cases, more than 15 minutes, and are usually accompanied by a temperature of around 103° Fahrenheit. Although these seizures are harmless, the condition can be quite frightening for the parents.

What are the Symptoms of Febrile Seizures?

During the onset of febrile seizures, a child will lose consciousness, and his/her arms and legs will start shaking uncontrollably. Some children may also experience stiffening of limbs, twitching on one side or a part of the body, and eye-rolling. The common symptoms of these convulsions are:

Although febrile seizures are quite harmless, visiting a doctor after the child’s first episode of febrile seizure is advisable. If convulsions last more than 5 minutes and are accompanied by any of the following symptoms, seek medical help immediately.

What are the Causes of Febrile Seizures?

A spike in body temperature can cause febrile seizures. The two most common causes of occurrence are:

Vaccines or Immunization. Immunizations for diseases like diphtheria, tetanus, pertussis, or measles-mumps-rubella increase the risk of febrile seizures. As children often experience fever after administering vaccines, febrile seizures may occur after such a session.

What are the Steps to be taken by Parents?

What are the Risk Factors of Febrile Seizures?

Children who are prone to febrile seizures are those who have:

What are the Complications of Febrile Seizures?

The majority of febrile seizures are harmless and get over within a short period of time. There exists, however, a nominal risk that the child may choke.

Of greatest worry is a small group of children suffering from a very prolonged febrile seizures that lasts longer than 30 minutes.  In such children, the risk of epilepsy is as higher as 30 – 40 per cent though the condition might not happen for many years.  Recent studies show that prolonged febrile seizures can injure the hippocampus, a brain structure involved with temporal lobe epilepsy (TLE).

What are the Preventive Measures to be taken during Febrile Seizures?

Although febrile seizures are not preventable, a few avoidable measures can be taken by the parents.

Since febrile seizures are not harmful, it is not advisable to treat them with anticonvulsant medications.

Febrile seizures can be frightening for the parents of the child suffering from it, but a calm and composed attitude mixed with the awareness of this condition can help treat the child better.

Febrile seizures are often unpredictable. Fever, infections, or immunization accompany the convulsions. The frequency of the occurrence may vary with the individual. About 40% of children with a history of febrile seizures experience a recurrence.

Yes, there have been multiple recorded episodes of febrile seizures occurring when a child is fast asleep. The seizure usually lasts for a few minutes, which is why they might pass unnoticed.

No. Since febrile seizures are quite harmless and result from a spike in body temperature, it does not cause any neurological disorders. It is still advisable to seek medical help if the convulsions last for more than 15 minutes.

Facebook
Twitter
WhatsApp
Linkedin
Previous articleFood Problems: Is It an Allergy or Intolerance?
Next articleEating to Lift Your Winter Blues
RELATED ARTICLES
Cardiology