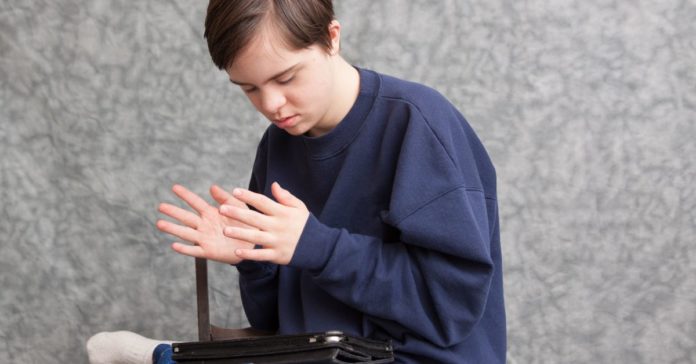 A child with Developmental Delay may take significantly longer to develop these skills.

What is Global Development Delay?

Developmental Delay, often known as GDD, is more than just being ‘a little behind’ in a developmental area. Minor or transient delays in meeting developmental milestones are usually not a cause for concern. However, when a child takes longer than other children of the same age to accomplish particular developmental milestones in two or more areas. When that happens, it’s called “global developmental delay.” It refers to infants and pre-schoolers’ up to age 5 who show delays lasting at least 6 months. This can include things like delays in learning to walk and talk, as well as the slow development of gross and fine motor abilities and impaired social interaction.

What are the types of GDD?

There are four types of development delays in children:

Cognitive delay – Cognitive delays refers to an impairment in a child’s intellectual functioning and overall awareness of his/her surroundings. Children with cognitive delays face difficulty in learning new subjects. Such children also find it difficult to communicate and play with other children of their age.

Motor delay – The child’s ability to coordinate the various muscles in their body, such as arms, legs, and hands, determines a child’s motor skills. Infants with motor delays often find it difficult to roll over or crawl. Affected children may find it difficult to walk up and down the stairs. Children with fine motor delays will find difficulty in holding toys, objects and performing actions such as brushing their teeth or tying their shoes.

Social, Behavioral and Emotional delay – Children with neurobehavioral disorders and development delays tend to have social, emotional and behavioral issues. Children with this condition usually take longer for their brains to fully develop, and as a result, such children may seem like they are lagging behind their peers in terms of learning ability and social interactions.

Speech delay – A speech disorder which affects children who have an oral motor condition that interferes with speech, such as weakness in the mouth muscles or trouble moving the tongue or jaw. Physiological causes such as brain damage and genetic syndromes are known reasons for this delay in speech.

What are the symptoms of GDD in children?

A child should start reaching his/her development skills at a certain age. For example: a baby can start rolling and undertake associated movements by four or five months or maybe a little before or after. But if a baby cannot roll much past the defined milestone, or cannot hold his/her heads up or is still not “babbling”, it could be the first signs of global development delay.

Here is a checklist that will help compare your child’s development with normal development milestones:

Few children tend to slip off the normal range of development when it comes to achieving certain milestones. In most cases this may not be a cause for concern. However, if your child cannot perform much of expected milestones by the expected time frame, it is advisable to consult a child specialist or a psychologist at Apollo for an opinion.

What are the causes of GDD in children?

Factors that contribute to a development delay may be before a child is born, during the process of birth or even after birth. These include:

There are certain cases where the cause for delay may never be identified.

There are many reasons for delays in walking , crawling , rolling over , including:

Language and speech problems are the most common type of developmental delays.

A variety of problems may cause language and speech delays, including:

What are the treatment options or therapies for GDD?

Children with GDD are also given special education which is very common, well defined and useful. Your doctor or pediatrician at Apollo can suggest the right treatment option for your child.

How can you prevent GDD?

Global Development Delay can be prevented by parents following a healthy lifestyle.

For example, before you a conceive a child, it is important to ensure that you promote a healthy pregnancy by maintaining a healthy diet and lifestyle. This reduces the possibility of your baby developing disabilities. Have regular physical examinations during pregnancy and ask your doctor at Apollo for tips and guidance to improve your health.

A note from Apollo hospitals/Apollo groups

It is recommended to consult a pediatrician at Apollo if you find your child exhibiting symptoms of global development delays. The doctor will chart out the best course of action for you and your child.

Is it possible for a child to overcome global development delay?

Children can overcome certain challenges posed by GDD, but few effects of the condition may remain throughout their adulthood. With the help of your Apollo doctor, you can learn how to teach your children to manage these limitations, and ensure their lives are not negatively affected by this condition.

How common is global development delay?

Development delay is common in children. At least 10-15% of children who attend preschool are said to have developmental delays. But global development delays are found only 1 to 3% of the children who go to preschool. These are identifiable through routine checks by a physician or when identified by parents or the pre-school.

Is there a link between developmental delay and autism?

While children with autism may experience developmental delays, those delays could be due to other factors too.