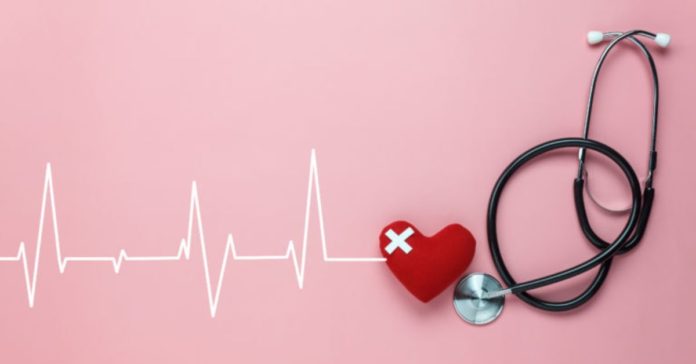 Meet Manish, a 43-year-old father of two, who leads a fast-paced, workaholic lifestyle in Cape Town, South Africa. Manish just got another promotion with a hefty pay raise, but his new position requires working with multiple clients across multiple time zones throughout the day. As a result, he barely gets any time to spend with his family, let alone exercise.  Due to his high-pressure, round the clock job profile, he has developed erratic sleeping patterns. Lately, he finds himself to be tired and groggy throughout the day, despite his caffeine fixes.

These symptoms finally culminated into a heart attack,  when Manish felt a sharp pain in his chest while attending a meeting. Manish started sweating copiously and even fell off his chair as his senses clouded over. After being rushed to a nearby hospital in Cape Town, the doctor in the emergency ward informed him that he had suffered a minor heart attack and was at risk of another severe attack occurring in the future.

Stricken with worry about his health, professional future and family, Manish and his family wanted the best possible care on offer. His wife suggested, in fact, insisted, that he should get himself tested by the expert cardiologists at the Apollo Heart Institute. Manish’s father-in-law had a history of severe heart issues, but through surgical treatment and post-surgery regimen provided by the experts  at Apollo Heart Institute, he made a complete recovery and now leads a healthy, fulfilling life.

Following his wife’s advice, Manish booked a ticket to Chennai and began his journey with Apollo Heart Institute.

The main reason why Manish’s wife recommended Apollo Heart Institute was that her father was treated successfully for his heart condition at the same institute. While researching which hospital provided the best heart treatment for her father, she found out that her own country was home to the world’s largest and most comprehensive cardiac care!

Apollo Heart Institute is the first medical provider to perform the following innovative surgeries in India:

Well aware of the history of Apollo and fully agreeing with his wife’s suggestion, Manish began his journey to Chennai. In short, he travelled 8000 kilometeres, all the way to Chennai, to meet the world’s leading heart care experts at the Apollo Heart Institute.

How did the cardiologists at Apollo Heart Institute diagnose Manish?

The experts at Apollo Heart Institute first administered an EKG to diagnose the severity of his heart attack, and detect the presence of any further underlying heart condition(s).

An EKG is a type of electrocardiogram (ECG) test that detects a heart attack. It records electrical signals as they pass through your heart. Electrodes (sticky patches sensitive to electrical signals) are placed on your chest and limbs. Signals are captured in the form of waves that can be viewed on a monitor or printed on paper. The ECG may suggest that a heart attack has occurred or may occur because damaged cardiac muscle does not conduct electrical impulses normally.

From the EKG results, Manish was informed by his cardiologist that he had a blocked artery, but it was minor and can be easily treated at the institute with Coronary Angioplasty and Stenting.

For this procedure, his Apollo surgeon directed a long, thin tube (catheter) through an artery in the groin to the blocked artery in the heart. Also known as percutaneous coronary intervention (PCI), this technique is generally done right after a cardiac catheterization, which is a procedure meant to detect blockages if a patient has had a heart attack. A balloon on the catheter’s tip is briefly inflated once it is in place to unblock a blocked coronary artery. A metal mesh stent is implanted to keep the artery open and restore blood flow to the heart.

How did Apollo Heart Institute guide Manish through the rehabilitation process?

Apollo hospitals provides a program that begins while the patient is in the hospital, and lasts for several weeks to months after they are discharged. Medication, lifestyle changes, mental concerns, and a gradual return to normal activities are the four primary areas of cardiac rehabilitation.

After a heart attack, those who recover at Apollo’s Cardiology department are less likely to have another heart attack or face complications from the first one. Hence, after discussing with his wife and family, Manish decided to chart his complete journey to full recovery with the Apollo Heart Institute.

Once discharged, Manish was prescribed medication and was asked to follow certain guidelines to prevent heart attacks in the future. These were:

Medications: Medications helped Manish in regaining his heart’s functioning and helped minimize the risk of a subsequent heart attack. He continued to take the medication as directed by his doctor and was monitored at regular intervals.

Lifestyle: Apollo doctors asked Manish to maintain a healthy weight and stick to clean, unprocessed foods in his diet. The doctors advised him to avoid smoking, exercise regularly, manage stress effectively, and keep an eye on high blood pressure and cholesterol.

Reputation and expertise are everything when it comes to cardiac care!

Apollo Heart Institute has performed over 1 lakh cardiac surgeries and over 50,000 angioplasties, with a high success rate in both surgical care and rehabilitation. With comprehensive rehabilitation programs for patients recovering from surgery, Apollo Heart Institute provides a range of surgical and non-surgical preventive options to diagnose, treat and prevent the onset of life-threatening heart diseases.

Like in Manish’s case, heart diseases affect the patient and add emotional and mental stress on the patient’s family. Hence, Apollo Heart Institute always recommends regularly getting a full body check and committing to a healthy lifestyle that secures you and your family’s future.

Verified By Apollo Cardiologist
https://www.askapollo.com/physical-appointment/cardiologist
The content is reviewed and verified by our experienced and highly specialized team of heart specialists who diagnose and treat more than 200 simple-to-complex heart conditions. These specialists dedicate a portion of their clinical time to deliver trustworthy and medically accurate content
Facebook
Twitter
WhatsApp
Linkedin
Previous articleThis Medical AI Program is Saving lives! Here’s why you need to read this right now
Next articleA Celebrity Fitness Coach has a Heart Attack While Climbing Stairs. Read more to avoid making the same mistakes that he did!
RELATED ARTICLES
Apollo in News