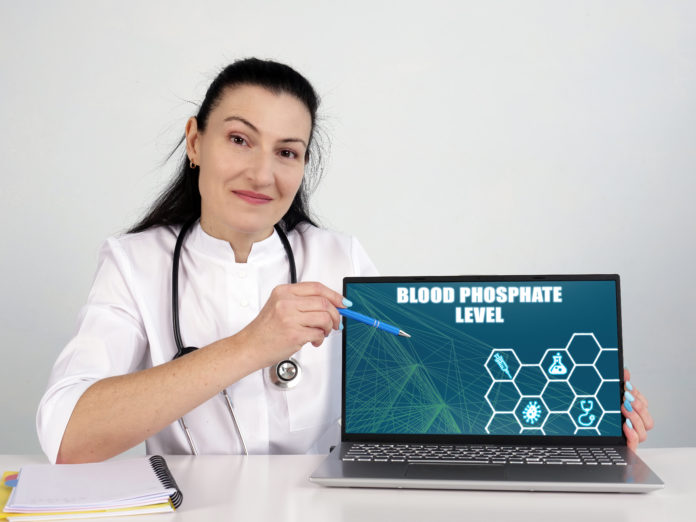 Hypophosphatemia is a condition in which the body’s blood phosphate level drops to a low level. Phosphate is an electrolyte that aids in energy production and facilitates nerve conduction in the body. It also aids in the development of strong bones and teeth, and is found in foods such as milk, eggs, and meat.

Hypophosphatemia is diagnosed when the phosphate level in the blood of an adult is lesser than 2.5 milligrams per deciliter (mg/dL). The typical amount of serum phosphate in children is much greater, with babies having a level of 7 mg/dL.

Phosphorus is a mineral present in bones that aids in the health of your bones and body. The ideal level of phosphorus levels in the blood should be between 2.5 and 4.5 mg/dL.

What are the different types  and causes of Hypophosphatemia?

Basic reasons of low phosphate levels fall in the 3 categories

There are two types of hypophosphatemia:

Chronic hypophosphatemia is caused by the following factors:

What are the common symptoms of Hypophosphatemia?

For most patients, symptoms may not show until phosphate levels have plummeted to dangerously low levels.

These symptoms include the following:

Milder forms of hypophosphatemia can lead to bone weakness, fractures, and muscle damage. Very severe hypophosphatemia that isn’t treated can affect your breathing and heart function, and can be life threatening.

To treat hypophosphatemia, phosphorous supplements must be taken in dosages that are determined by the severity of illness.

What are the risk factors of Hypophosphatemia?

The risk factors of developing Hypophosphatemia are:

What are the complications associated with leaving Hypophosphatemia untreated?

Phosphate is essential for healthy bones, and phosphate deficiency can lead to bone weakness, fractures, and muscle damage. Untreated severe hypophosphatemia can also adversely affect your breathing and heart function.

What are the possible treatments of Hypophosphatemia?

A Note from Apollo Hospitals

Hypophosphatemia is a disorder in which the phosphate level in the blood is unusually low. Phosphorous is a mineral found in bones that helps to keep your bones and body healthy. The blood phosphorus level should be between 2.5 and 4.5 mg/dL. Hypophosphatemia is a condition in which your blood has an abnormally low amount of phosphorus. Low levels can cause muscle weakness, respiratory or cardiac failure, convulsions, or comas, among other complications.

Apollo specialists will determine the best course of therapy and improve your quality of life based on the diagnosis.

Who is prone to Acute hypophosphatemia?

What are Hematologic disturbances?

How long does hypophosphatemia take to recover from?

Serum phosphate levels tend to drop within 2 days and then rebound over the next few days. This early nadir has also been described in patients with diabetic ketoacidosis and the refeeding syndrome, as well as after heart surgery.