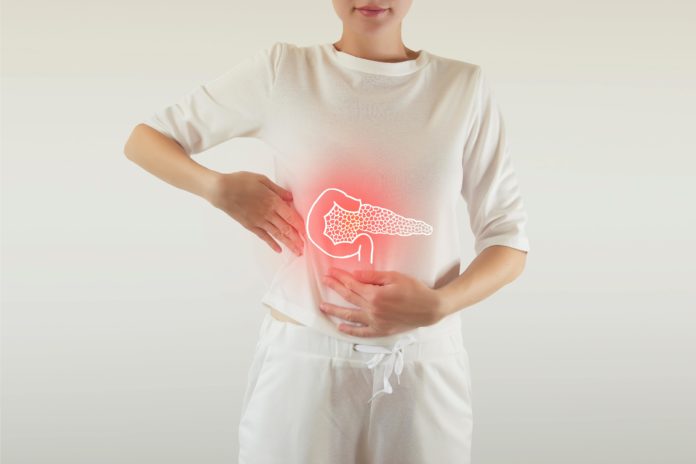 What is an insulinoma?

An insulinoma is a tiny tumour in the pancreas that produces an excess amount of insulin. Although this tumour isn’t cancerous in many cases, most insulinomas are less than 2 centimetres.

The pancreas, the endocrine organ, is located behind the stomach. One of its functions is to produce insulin in the body. Insulin is a hormone that controls the blood sugar levels in the body. Usually, the pancreas stops producing insulin when the blood sugar shoots too low but returns to normal levels later.

However, when an insulinoma develops in the pancreas, it continues to produce insulin, even when the blood sugar level is too low. It may cause severe hypoglycemia or low blood sugar.

Hypoglycemia is a serious condition that may result in blurred vision, lightheadedness, and unconsciousness. It may also be life-threatening.

Typically, an insulinoma requires a surgical removal from an expert doctor. Complete recovery is more likely to happen after the removal of the tumour.

What are the symptoms of an insulinoma?

An insulinoma is when the body produces too much insulin causing hypoglycemia – low blood sugar. Hypoglycemia can be menacing. If a person’s blood sugar goes too low, they could faint or, in severe cases, slip into a coma.

Hypoglycemia is more common in diabetic people. It often occurs due to a high or wrong dose of medicine, skipping a meal, or exercising more than usual, which results in low blood sugar levels. Insulinoma may also cause hypoglycemia when a person hasn’t eaten in a while, but it can happen at any time.

Every person with insulinomas may not experience noticeable symptoms. However, when symptoms present themselves, it varies depending on the severity of the condition. The mild symptoms include:

More critical symptoms of insulinoma may affect the brain and adrenal glands – that help regulate stress response and heart rate. In some cases, symptoms may present like those of epilepsy, a neurological disorder that causes seizures.

In severe cases, symptoms include:

In some situations, insulinomas may get larger and spread to other body parts. When a condition like this happens in the body, a person may experience the following symptoms:

When to seek a doctor?

When a person regularly experiences symptoms of low blood sugar, it’s wise to schedule an appointment with a healthcare expert. Seek immediate medical attention if you’re experiencing any of the following symptoms. These could be a sign of dangerously low blood sugar or another medical emergency:

What are the causes and risk factors of an insulinoma?

Researchers are still finding the exact cause of insulinomas. The tumours usually show up without a warning sign.

How is an insulinoma diagnosed?

In most cases, it becomes difficult for doctors to diagnose an insulinoma. The simple reason is that its symptoms are the same as those of other common health problems. It may take time before the doctor can ultimately find it. To help determine if the patient has developed insulinoma, doctors prescribe that the patient take several tests such as blood sugar, insulin, C-peptide, and proinsulin during a 72-hour rest. It may help conclude:

The patient will be under observation to know what happens to their blood sugar after fasting for a couple of days. The person may be hospitalised and won’t be allowed to eat or drink anything except water. After which, the doctor may conduct a blood test to check if the patient’s blood sugar level is low or high.

Imaging tests may also be done, such as a CT scan, ultrasound, or MRI, so the doctor can see where the tumour is.

How is insulinoma treated?

The most recommended treatment for insulinoma is the surgical removal of the tumour. The doctor removes a small part of the pancreas if there’s more than one tumour in this process. It typically helps cure the condition.

There are various kinds of surgery to remove insulinoma. The tumour’s location and the number of tumours help the doctors decide on a surgical plan.

Laparoscopic surgery is the most recommended option in the case of a tiny pancreatic tumour as it is low-risk and minimally invasive. Here, the doctor makes several small incisions in the abdomen and inserts a laparoscope through the incisions.

A laparoscope is a long device with a thin tube, a high-intensity light and a high-resolution camera at the front. The camera helps display the images on a screen, allowing the doctor to see the inside of the abdomen and guide the instruments. Once the doctor finds the tumour, the doctor proceeds to remove it. However, in some instances, a part of the pancreas, stomach, or liver may need to be removed if there are multiple insulinomas.

In extremely rare cases, removing the insulinoma won’t cure the condition. It usually stands true when the tumours are cancerous. Treatments for cancerous insulinomas include:

The doctor may also prescribe medications to control blood sugar levels if surgery is ineffective.

Insulinomas are quite rare tumors that develop in the pancreas. Although as mentioned above, there are surgeries to help remove insulinoma and that almost always cures the condition. Once a person notices the symptoms mentioned above it’s good to talk to the healthcare expert about the treatment plan, including the treatment options and side effects.