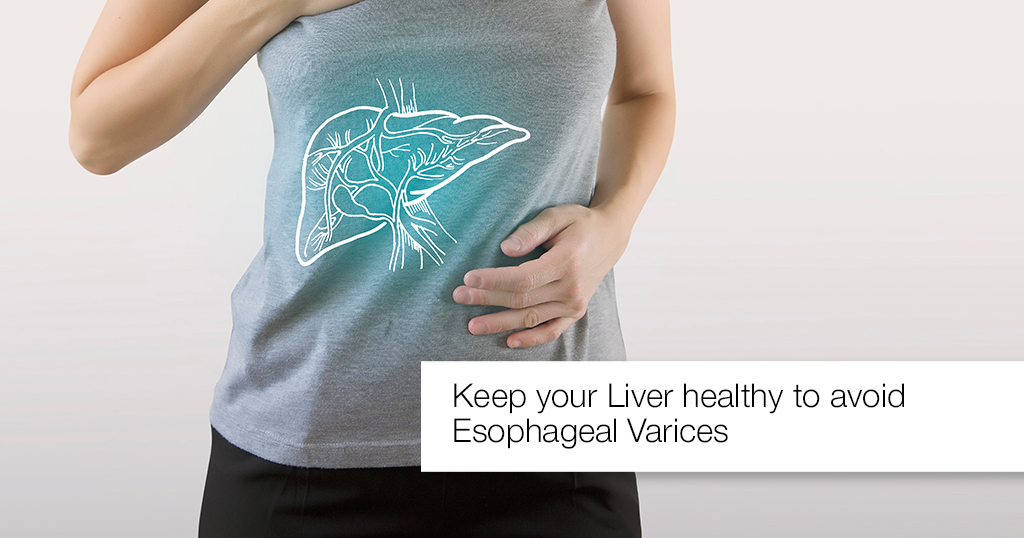 Esophageal varices are abnormal, enlarged veins present in the lower part of the esophageal tube which connects the throat to the stomach. This medical condition mostly occurs in people who are affected with serious liver diseases. They usually develop when there is a blockage in the normal blood flow to the liver. This blockage is caused due to a clot or scar tissue in the liver. Varices can turn out to be quite life-threatening if they rupture and bleed. So, you need to know more about these swollen veins on the esophagus lining and its complications.

What are Esophageal Varices:

The esophagus is the tube which connects your throat to your stomach. Esophageal varices are the enlarged veins (varices) on the lining of the esophagus. They occur due to certain blockages like clots and scars. To go around such blockages, blood starts flowing into smaller blood vessels that are not originally meant for carrying large volumes of blood. These veins then swell up, dilate due to the increased blood flow and are known as varices. This ultimately causes the vessels to rupture and leak blood, known as bleeding esophageal varices. This condition can be set straight with the help of certain medicines and medical procedures.

Esophageal varices do not usually cause any signs or symptoms, until they start bleeding. When this happens, you may experience:

The liver is the largest gland and the largest solid organ in the human body. It performs more than 500 essential tasks. Classified as part of the digestive system, the roles of the liver include protein synthesis, detoxification as well as the production of chemicals that help digest food.

The portal vein delivers blood into the liver from several other organs in the gastrointestinal tract. Esophageal varices are mainly a result of high blood pressure in the portal vein known as portal hypertension. This pushes the built-up blood into the surrounding vessels, dilating and swelling up the esophageal veins. Causes of portal hypertension and consequently esophageal varices are:

Even though many people develop esophageal varices, most of them may not have bleeding. These varices are most likely to bleed due to:

Treatment of esophageal varices is aimed at preventing liver damage, stopping the varices from bleeding and controlling the blood loss if it happens. Bleeding esophageal varices are fatal. Treatment is available to both prevent and stop the bleeding.

Currently, nothing can prevent this condition from occurring in people with cirrhosis. But you can avoid liver disease complications like esophageal varices by keeping your liver healthy. You can do so by:

It is very important to stick to your treatment plans and visit your doctor regularly if you have developed esophageal varices. At any moment, if you believe your esophageal varices may have ruptured, you need to go to the hospital immediately. Also, make sure to live a healthy lifestyle and keep your liver happy & safe.

Can a Virus Cause Tuberculosis of the Lungs

Symptoms and Treatment of Rectal Prolapse