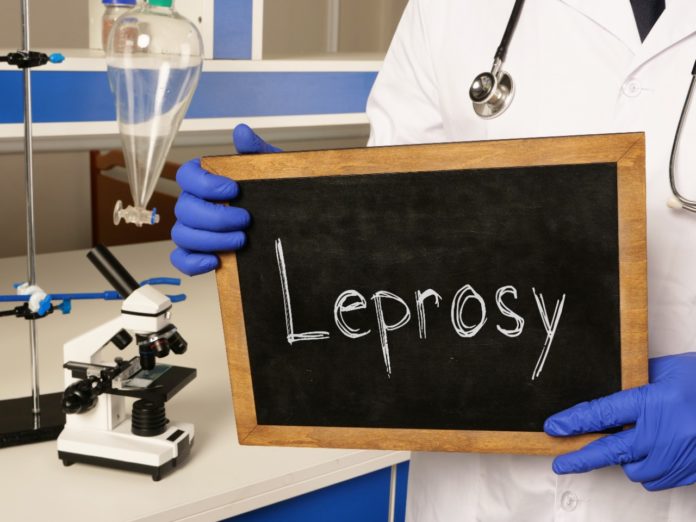 The bacterium, Mycobacterium leprae, causes a chronic, progressive bacterial infection known as leprosy. In this condition, the nerves of the limbs, the skin, the lining of the nose, and the upper respiratory tract are the most affected areas. Also known as Hansen’s disease, skin sores, nerve degeneration, and muscle weakness are the common symptoms of leprosy. It can also lead to severe deformity and significant disability if not treated correctly.

What are the signs and symptoms of leprosy?

Leprosy mainly affects the skin and peripheral nerves located outside of the brain and spinal cord. The eyes and the delicate tissue lining that lies in the inner area of the nose may also be affected. Other symptoms include:

Skin lesions cause a loss of touch, warmth, or feeling of pain. Even after several weeks, the lesions do not completely heal and are paler than the typical skin tone or are irritated and inflamed.

How does leprosy spread?

Leprosy is found to spread by contact with a person who has the infection. It can spread when the person with leprosy sneezes or coughs uncovered, leading to the bacteria traveling through the droplets.

It may not be highly contagious, but close, repeated contact with an untreated person for an extended length of time can result in leprosy infection, as it is caused by a bacterium that multiplies slowly. The disease has a five-year average incubation period.

What are the different forms of leprosy?

There are three classification systems for leprosy.

How can It be diagnosed?

If any of the symptoms of leprosy keep persisting, it is advised to visit the doctor immediately.

The doctor will perform a physical examination to look for disease signs and symptoms. They’ll also take a biopsy, which involves removing a small bit of skin or nerve and sending it to a lab for analysis. The doctor may use a lepromin skin test to determine the type of leprosy. A small amount of inactivated leprosy-causing bacteria will be injected into the skin, generally on the upper forearm. People with tuberculoid or borderline tuberculoid leprosy will have a positive injection site result.

What are the ways to treat leprosy?

Leprosy is mostly curable. Sixteen million people with leprosy have been healed in the previous two decades, and the treatment for leprosy is determined based on the type of leprosy. The infection is treated with antibiotics.

Doctors usually recommend long-term treatment, lasting anywhere from six months to a year. If one has severe leprosy, they may need to take antibiotics for a longer period. On the other hand, antibiotics will not be able to repair the nerve damage caused by leprosy.

MDT (multidrug therapy) is a typical leprosy treatment that includes antibiotics where the patient has to take two or more medications, most of which are antibiotics.

What are the possible complications of leprosy?

Leprosy can permanently harm the skin, nerves, limbs, legs, feet, and eyes if one does not get treatment. The following are the complications associated with leprosy.

Early diagnosis and treatment reduce tissue damage, slow disease progression, and reduce the risk of major health problems. When a person is diagnosed at a later stage, after considerable damage or impairment, the outlook is usually worse. However, effective treatment is still required to avoid further body harm and prevent the sickness from spreading to others. Doctors may be able to provide proper care and help the person to cope with managing the conditions with the help of antibiotics.

Verified By Apollo Dermatologist
https://www.askapollo.com/physical-appointment/dermatologist
The content is carefully chosen and thoughtfully organized and verified by our panel expert dermatologists who have years of experience in their field. We aim to spread awareness to all those individuals who are curious and would like to know more about their skin and beauty
Facebook
Twitter
WhatsApp
Linkedin
Previous articleBreast Leaking During Pregnancy – What Mothers Need To Know
Next articlePregnancy Diet: Foods to Eat and Avoid
RELATED ARTICLES
Derma Care