Lung Transplantation – All you wanted to know 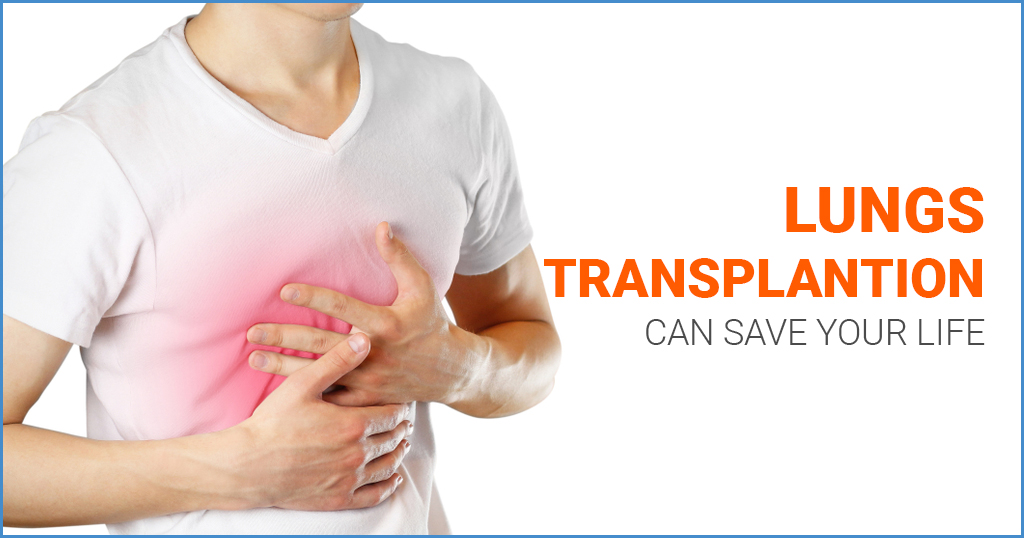 Lung transplants are performed as a lifesaving treatment for people with end-stage lung disease. A lung transplant is a surgery to remove diseased lungs and replace them with lungs from a healthy donor. There are only a few specialized facilities across the world that perform lung transplants. A patient has to be referred to one of these centers to be considered for the surgery.

What is a Lung Transplant?

Lung Transplantation (also called Pulmonary Transplantation) is a surgical procedure where a patient’s diseased lungs are totally or partially replaced by lungs that come from a donor. Donor lungs can be retrieved from a living donor or a deceased donor. A living donor can donate only one lung lobe. With certain lung diseases, a recipient may need to receive only a single lung. With other lung diseases like cystic fibrosis, it is imperative that a recipient receives both lobes of the lung. While lung transplant carries certain associated risks, they can also extend life expectancy and enhanced quality of life for end-stage lung diseases.

Once the donor becomes available, he or she will be evaluated by a team of experts. If they pass the criteria set by the expert team, the organ will be accepted for transplantation. Single lung, double lung, or combined heart & lung transplant will be done depending upon the disease of the patient. Immediately after the surgery, the patient will be admitted in a dedicated transplant critical care unit for recovery.

There will be a follow-up care protocol which includes monitoring of the recovery process and identification of infection, rejection, and intolerance to medications.

Who Needs a Lung Transplant?

Patients who are diagnosed with the following diseases need lung transplantation

Despite the severity of a patient’s respiratory condition, certain pre-existing conditions may make a person a poor candidate for Lung Transplantation such as- congestive heart failure, kidney diseases, liver diseases, lung cancer, etc.

What are the requirements of a Potential Donor?

There are certain requirements for potential lung donors whose lung(s) would be suitable to fit into the recipients’ body.  In case of a living donor, the safety of the donor is paramount and every precaution should be taken before considering him/her as a suitable donor. The following individuals would be considered as suitable living donors:

What are the requirements of potential Recipients?

A lung transplant facility with its expert team would have their set standard protocols to decide which candidates qualify for Lung Transplant and which do not: The following requirements and parameters could be used to consider an individual as a potential recipient:

What medical tests are required for a potential transplant candidate?

Patients who are being considered for placement on an organ transplant list undergo extensive medical tests to evaluate their overall health status and suitability for Lung Transplant Surgery;

What are the types of lung transplant?

There are mainly 4 types of Lungs which are offered to patients depending upon the requirements:

Since it’s first successful performance 30-years ago, lung transplantation has become an accepted treatment procedure for end-stage lung diseases such as fibrosing alveolitis, emphysema, cystic fibrosis, bronchiectasis, and pulmonary hypertension. Outcomes are getting better because of developments in surgery, patient selection, and management, as well as the availability of potent immunosuppressive agents.

The ABCs Of Hepatitis