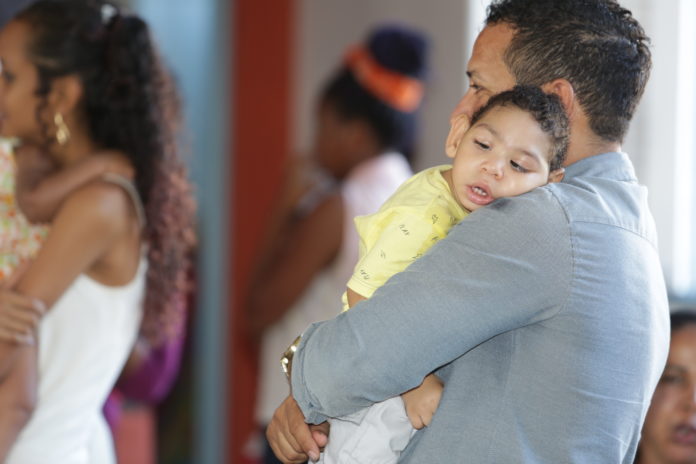 Microcephaly is a rare medical condition. It is a neurological disorder in which an infant’s head’s circumference is significantly smaller compared to the heads of other children at the same age.

This condition generally occurs when the brain starts developing abnormally or stops growing.

Microcephaly may be detected at the time of birth or may develop in the initial years. Your child’s head will grow with age but remain smaller than what’s considered normal.

In this condition, the child’s brain stops developing as it should. This may occur while the baby is still in the mother’s womb or within the first few initial years.

Generally, a significantly small head size in infants is always microcephaly. It is not a common condition. According to a recent study in India, on average, 2.3 in every 10,000 babies are born with this condition.

It can be an isolated condition. This condition can occur with no other major birth defects or in combination with other significant congenital disabilities.

What are the signs and symptoms of Microcephaly?

How is it diagnosed in a child?

It may be diagnosed before birth through prenatal ultrasound. This is a test that uses sound waves that are high in frequency. Computers create pictures of various blood vessels, tissues, and internal organs. In many cases, the condition may not be seen through ultrasound until the third trimester.

In the case of an after-birth diagnosis, the doctor will ask about your pregnancy history, health history of the child, and family, including you. The child may have the following tests:

Your doctor will detect this condition in fetal ultrasounds at regular well-baby checkups. Often, it is diagnosed at the baby’s birth. However, if you feel your baby’s head is significantly smaller than other babies or it is not growing normally as it should, consult your doctor.

Even after detection and diagnosis, you should frequently visit the doctor or concerned pediatrician for your child’s growth and development.

What are the causes of Microcephaly?

What are the associated risk factors of Microcephaly?

Many children with this type of condition have normal development and intelligence. Their heads will always remain significantly small for their age and sex. In accordance with the cause and severity of the condition, complications may include:

What is the prognosis of the condition?

Some children will have minimal or mild disabilities. Others, who are growing and developing normally, will have proper intellectual skills. They will continue to develop and achieve regular milestones as per their age.

Research in this area

The National Institute of Neurological Disorders and Stroke (NINDS) conducts research on microcephaly in its labs at the National Institutes of Health (NIH). It also supports research through grants to major medical institutions. Studies are done on a rare neuro-metabolic syndrome by a group of researchers. They have successfully used amino acid replacement therapy to lower and prevent seizures.

Many causes may lead to microcephaly. Some of them are genetic abnormalities, craniosynostosis, decreased normal oxygen level in human body for the fetal brain, drugs, alcohol, exposure to other toxic chemicals, malnutrition during pregnancy, and several infections.

There is no proper treatment, but dysfunction and neurological disabilities may be minimized, and speech and physical abilities can be improved with pediatric neurologists and therapists.

Any treatment if it is detected at earlier stages?

The head cannot return to normal size and shape, but treatment reduces the dysfunctions and disabilities and improves movement, speech, and other neurological abilities.

Do all children with this condition have long term effects?

Children with mild forms of this condition may grow normally during childhood as well as adolescence.

Can it be prevented?

You can take preventive measures like maintaining proper hygiene, a healthy diet, consuming essential vitamins, and staying away from drugs, alcohol, and chemicals. You should also get treated for any illness as and when you feel it.