HomeHealth A-ZMigraine & Stroke – Is there a link?
Health A-Z

Migraine & Stroke – Is there a link? 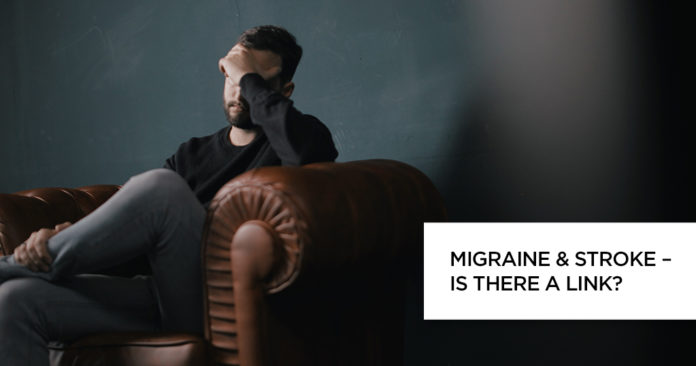 If you often complain of headaches and are unsure about what it could mean, it would help to know a few facts about migraines and strokes. A migraine is a headache that varies in intensity and is often associated with nausea and photosensitivity. It is a prevalent condition and is usually self-diagnosable. A stroke occurs with the interrupted or reduced blood flow to the brain rather than the normal blood supply. This interruption may lead to certain neurological disorders and brain damage. Unlike a migraine, a stroke is a medical emergency and requires immediate attention. Early diagnosis of stroke and its required treatment may reduce future complications.

What Is the Difference between a Stroke and a Migraine?

Look for the following factors to tell the difference between a stroke and a migraine:

● With a migraine, the symptoms prompt gradually, and the progression of the condition slowly aggravates over time. With a stroke, however, the onset of symptoms is sudden and unpredictable.

● At a younger age, the chances of developing migraines are more common. If you are young, it is most probably a migraine. In older people, the symptoms are more likely to be of stroke, especially if you have never experienced symptoms of migraines before.

Is Migraine Linked to Stroke?

A direct link between stroke and migraine is not established as of date. However, studies suggest that people who get a classic migraine (migraine with aura) have higher chances of getting a stroke than people who don’t. Aura refers to sensations such as zigzag lines and flashing lights or tingling in the body parts that generally precede a neurological event.

One theory states that this link between classic migraine and stroke has to do with the damage dealt on the cells lining the blood vessels by the migraine. It inflames your arteries, making them rigid or firm and causing blood clotting. These events can increase your chance of getting a stroke.

What Are the Symptoms of Strokes and Migraines?

Some symptoms are common to both migraines and strokes. Here, the only difference is that the onset of migraine symptoms is gradual, while those of a stroke are sudden. Common signs and symptoms of strokes and migraines are:

Some symptoms show up in one condition but not in the other.

Signs and symptoms of migraine are:

● Visual disturbances such as flashes of light and zigzag lines.

Symptoms of stroke are:

● Loss of balance and coordination.

When Should I Visit a Doctor?

If you are unsure about what your headache could mean and if you have the slightest suspicion that you may be having a stroke, it is always better to seek immediate medical attention to rule out stroke . Early treatment can potentially save your life and minimize brain damage.

What Are the Causes of Strokes and Migraines?

The causes of migraines are unknown. However, studies have established a genetic and environmental role in the development of a migraine. Migraines are believed to occur when an abnormal increase in brain chemicals causes inflammation. This inflammation causes blood vessels to swell up and press on the nerves, causing migraine symptoms.

The causes of stroke are:

● Blocked artery: When blood clots, fat deposits, or other debris block the arteries that supply blood to your brain, they become narrowed. This results in severely reduced blood flow to your brain, causing a stroke.

● Ruptured blood vessel: Some factors such as high blood pressure, blood-thinning medicines, aneurysms, trauma, etc. can cause your blood vessels to rupture and leak. This internal bleeding in the brain leads to a stroke.

How Are Strokes and Migraines Treated?

A migraine cannot be fully cured. It can be managed and controlled through dietary and healthy lifestyle changes. Some treatment options are:

● Preventive medication: Medications to prevent an attack include anticonvulsants, beta-blockers, antidepressants, calcium channel blockers, and hormonal therapy (in women whose migraines are linked to their menstrual cycle).

● Lifestyle changes: Steering clear of the migraine risk factors and triggers can reduce the frequency and intensity of symptoms. Avoid consumption of caffeine and alcohol. Use stress-reduction techniques. Follow a healthy diet regimen and exercise regularly.

Treatment for strokes depends on the type of stroke.

● Ischemic stroke: The most common treatment for ischemic stroke is the use of blood thinners. A ‘clot buster’ drug called alteplase is the best chance for recovery and must be administered within 3 to 4 hours of the onset of symptoms.

● Hemorrhagic stroke: The treatment for this type of stroke is to take the patient off blood thinners and antiplatelet medication to stop bleeding. High blood pressure is lowered using antihypertensive drugs. In some cases, surgery for aneurysm clipping, arteriovenous malformation, and coil embolization is required.

What Are the Triggers of Stroke and Migraine?

Some factors can be controlled, while others are inevitable. To prevent the chances of developing a migraine, be cautious of the following triggers as much as possible:

● Drinks such as alcohol and caffeinated beverages.

● Medications, such as oral contraceptives and vasodilators.

● Hormonal changes in women, especially during the menstrual cycle, pregnancy, and menopause.

● Sleep changes such as jet lag, missing sleep, and getting too much sleep.

● Food additives such as sweeteners and preservatives.

Some of the triggers of stroke are:

● Drugs such as cocaine

Is There a Link between Covid-19 and a Stroke?

A few initial studies have established a relationship between Covid-19 and a stroke. Covid-19 patients have a higher chance of developing a stroke, particularly the ischemic type. Many regions with Covid-19 prevalence have reported an increased incidence of cryptogenic stroke (people with no typical cause of stroke).

While there is no solid evidence as to how migraines and strokes are related, there are certain risks of developing one condition as a result of being affected by the other. A stroke may also lead to future migraines, including the aura.

1. What are the types of strokes?

Strokes are classified into three types:

● Ischemic: This type is caused by a block in an artery that supplies blood to the brain.

● Hemorrhagic: This type is characterized by internal bleeding in the brain.

2. What are the complications of a stroke?

Complications of a stroke include:

● Paralysis and loss of muscle movement