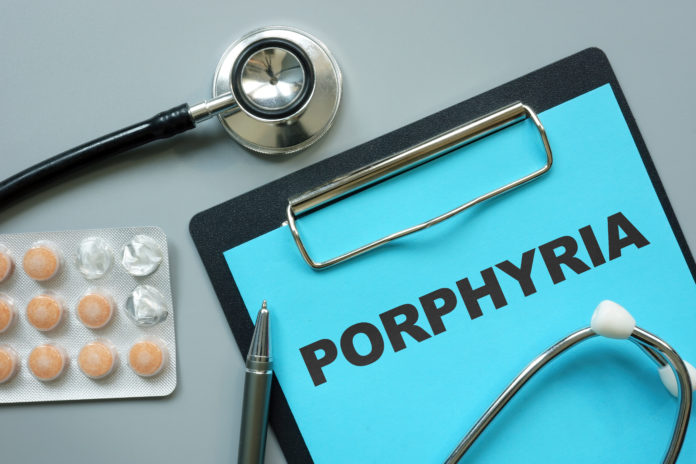 Porphyria refers to a rare group of genetic (inherited) ailments that occur due to porphyrin (natural chemicals) buildup in the body. Porphyrins play a crucial role in the functioning of hemoglobin in your body. Hemoglobin is a red blood cell protein that attaches iron, links to porphyrin, and supplies oxygen all over your body. When the level of porphyrins goes higher, it can lead to many problems, including porphyria.

Alcohol, smoking, and certain medications triggers porphyria.  Hence, expert healthcare recommendations will be useful in the treatment of porphyria.

What Are the Types of Porphyria?

There are two categories of porphyria found in humans. These types determine the treatment for porphyria.

The two broad types of porphyria are:

What Are the Symptoms of Porphyria?

Few individuals might develop symptoms of both the types of porphyria.

Symptoms of acute porphyria are:

Symptoms of cutaneous porphyria include:

Porphyria is a rare disorder; hence communicating with your doctors can help in deciding the treatment of the disease. As the condition gets triggered by many external factors, doctors will advise you to take certain precautions to prevent the attacks.

What Are the Causes of Porphyria?

All porphyrias, regardless of their type, can lead to a problem in heme production.

The accumulation of porphyrin in the body is because of the shortage of the enzymes involved in  heme production. Production of heme protein takes place in the bone marrow and liver and involves eight types of enzymes. During the synthesis of heme protein, porphyrins and its precursors are formed. If any of these eight enzymes occur in lower levels during the process, the porphyrin compounds build up in the skin, liver, and other body organs that can be seen when symptoms occur at those sites.

Porphyria is caused due to transfer of mutated genes. If porphyria is inherited, the cause is:

Porphyria cutanea tarda (PCT) typically is acquired rather than inherited, although the enzyme deficiency may be inherited.

Apart from genetic factors, various environmental factors (triggers) can also put you at the risk of developing porphyria. When you are exposed to these factors, the demand of your body for the production of heme happens to increase. This demand overwhelms the enzyme (deficient) while establishing a process in motion that leads to porphyrins buildup. Some of the triggers include the following:

How is  Porphyria diagnosed ?

As porphyria has common symptoms similar to other diseases, lab tests are required to make a complete diagnosis. The tests are performed after identifying the type of porphyria affecting the patient.

Your doctor will recommend you to complete the following tests:

What is the Treatment for Porphyria?

There is no cure available until now for eliminating porphyria, and so the medications focus on managing the symptoms of the disorder.

What Are the Complications of Porphyria?

Listed below are few complications that occur in affected individuals:

What Are the Precautions Taken in Cases of Porphyria?

There is no cure for the disease, but eliminating triggers can prevent attacks and life-threatening conditions.

Although porphyria does not have a permanent cure, medical treatment, encouragement, motivation, and few precautions can help the individual lead a normal life.

Can I Have More Than One Type of Porphyria?

There are rare cases of patients reporting more than one type of porphyria.

Does the Use of Sunscreen Helps in Preventing Cutaneous Porphyria in Affected Individuals?

Stepping out in sunlight can lead to cutaneous porphyria despite sunscreen application.

How Does Porphyria Affect Pregnancy?

Women with acute porphyria might have attacks during pregnancy that require special care.