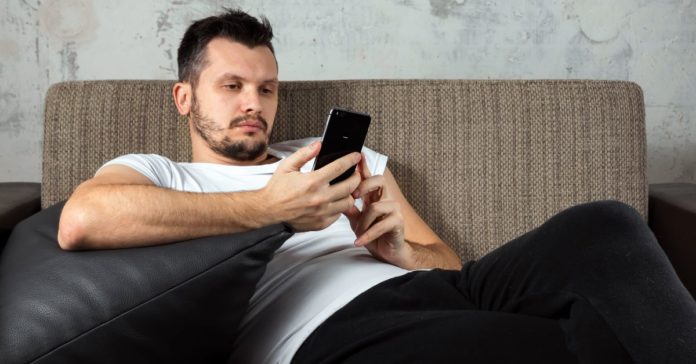 You rush around all day and are exhausted. When it’s time to go to bed, though, you idly scroll through social media, binge-watch Netflix shows, or try to catch up on your hobbies. It’s almost as if you’ll “lose” or “waste” the day if you don’t spend time doing something enjoyable, which in turn, sabotages good sleep. “Revenge bedtime procrastination” is the term for this condition.

This condition is a global phenomenon, where people delay sleep to reclaim control of their daytime. Sleep deprivation, health problems, and poor psychosocial and cognitive performance are all possible outcomes of sleep procrastination. As a result, bedtime procrastination is a problem that must be addressed. Let’s look into Revenge Bedtime Procrastination, as well as how it might damage your health.

What Is the Human Psychology of Procrastinating Just before Going to bed?

According to research published in March 2021, the findings of a correlation study done on 198 women and 72 males aged 18 to 69, provides insights on how boredom, fidgeting, and mind wandering influence evening procrastination and have crucial implications for bedtime procrastination therapies.

Another study highlights the role of work-life pressures and strains — women who work for long hours and full-time working parents are the categories most likely to have sleep and exhaustion concerns. These groups are also the ones most frequently described as being at risk of sleep and fatigue issues.

A study conducted in 2016, discovered that females are at strong risk for poor sleep and insomnia; this is most likely related to variations in steroid production mostly during the monthly period, childbearing, and menopause.

Failure to self-regulate is also related to bedtime procrastination as it increases the desire for instant gratification and sensitivity to the temptation to give up sleep and indulge oneself in attractive activities such as watching a show, talking on the phone, or surfing on the internet.

Various other medical conditions such as anxiety, depression, and mental tension contribute to delayed sleep. This is in addition to medical illnesses such as obesity, diabetes, cardiovascular disease, sleeplessness, emotional disorders, and certain neurodegenerative illnesses.

Repercussions of Procrastinating Before Bedtime

Sleep is a fundamental component of biological existence for physical and mental well-being, cognitive function, and optimal performance at school, work, and leisure.

Increased blood sugar levels are linked to a lack of sleep. Even a single night of partial sleep deprivation raises insulin resistance, which can raise blood sugar levels. Insufficient sleep has been associated with an increase in negative emotions (aggression, frustration, impatience, and depression) and a decrease in happy mood, according to studies.

A study found that loss of sleep might result in a decrease in attentiveness and alertness as it impacts specific structures and activities of the brain. During sleep, blood pressure usually drops. As a result, a lack of sleep can lead to a rise in daily average blood pressure, raising your risk of heart disease and stroke.

Revenge bedtime procrastination can lead to an increased risk of obesity. During sleep, your body creates and controls a variety of hormones. Ghrelin, which causes hunger, and leptin, which causes the body to feel full, are two of them. Lack of sleep causes your ghrelin levels to rise while your leptin levels fall, making you more likely to feel ravenous and overeat.

Moreover, according to the American Journal of Infection Control, revenge bedtime procrastination can decrease vaccine effectiveness as lack of sleep is associated with obesity, sedentary lifestyle, and poor eating habits. Because good sleep quality can improve immunization response, medical experts are encouraging people to seek more sleep before having the COVID-19 vaccine.

When to Call a Doctor?

You should consult a trained medical practitioner if you’ve been suffering from sleep procrastination for a long time, or if you’re a light sleeper and sleep deprivation has been making your life tough.

What Can You do to Avoid Sleep Procrastination?

Good sleep habits, such as going to bed on time, keeping a clean but dim bedroom at the right temperature (66-70 F), and leaving your electronic gadgets turned off, can all help you avoid sleep procrastination.

Staying hydrated is essential, but drinking tons of water before bed may hamper good quality sleep due to constant restroom breaks. Excess eating before bed can also make you restless. Avoiding caffeine, sugar, alcohol, and tobacco could also assist you in getting the rest you require.

A bedroom devoid of electronic devices may assist by delivering light cues to inform the body it is time to sleep. While sleeping, listening to white noise or soft, instrumental music can assist in giving a steady stimulus and reduce sensitivity to other sounds.

It’s a good idea to practice mindfulness,and  engage in light physical activity daily for a good sleep routine. Investing in certain apps and products such as noise-canceling ear devices or eye masks could also increase the quality of your sleep.

Revenge bedtime procrastination adds a new perspective to sleep behaviors and sleep insufficiency. Doctors can help you prescribe drugs to aid in the treatment of sleeping difficulties. These are typically used to treat insomnia, which is the inability to fall or stay asleep.

To treat sleep problems, doctors may prescribe or recommend various drugs, such as antihistamines like diphenhydramine (Benadryl) and benzodiazepines like lorazepam (Ativan) or alprazolam (Xanax).

Revenge bedtime procrastination can be addictive. It can lead to sleep apnea, memory loss, anxiety, reduced motivation, and depression. It is recommended to seek medical consultation to treat the disorder.

How do I stop Revenge Bedtime Procrastination?

Several measures might help you fight revenge bedtime procrastination. Set boundaries with work during the day and avoid caffeine, tobacco, and alcohol during the evening. Exercise 20-30 minutes daily. Keeping electronic devices in a separate room. Remember, you don’t have to carry on “survival” mode. Seek assistance in case your suffering is unbearable.

What treatments are available for sleep disorders and where should I seek them?

You should seek treatment if: