HomeHealth A-ZRickets: All You Wanted to Know
Health A-Z

Rickets: All You Wanted to Know 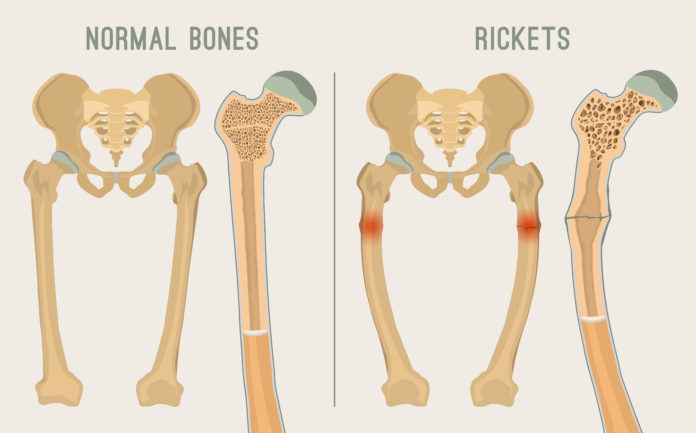 Rickets can be thought of as a skeletal disorder or a bone condition that happens mostly in children due to the lack of Vitamin D, calcium, and phosphate. These are the essential nutrients for the development of strong and healthy bones. People with Rickets tend to have bones that soften and become prone to fractures and irregularities, even skeletal deformities in the most severe cases. A survey was conducted for 337.68 million people present in 0.39 million villages spread across 22 states in India between 1963 to 2005. Out of 411,744 patients recognized with a bone disorder and mineral metabolism, Rickets was one of the most common disorders found. Vitamin D assumes a pivotal role in the absorption of calcium, and so low Vitamin D levels can lead to lower calcium levels. This causes the developing bones to become weak and irregular. Let us discuss the symptoms, causes, treatments, and everything else related to Rickets.

About Rickets and Its Types

Rickets is a worldwide known bone disease associated with imbalances occurring in phosphate homeostasis and calcium, which often leads to short stature and joint deformities. Rickets is broadly classified into two major groups depending on phosphate and calcium levels: phosphoric and calcific. Now, the knowledge of the category to which a particular case of Rickets belongs is essential to do a proper diagnosis and management. Nutritional defects are one type and can be easily prevented with the proper intake of vitamin D employing their diet and sunlight exposure. There are also some other subcategories of Rickets, and they are:

Both of the above are caused due to defects in vitamin D metabolism.

The symptoms of Rickets are often detected in children, and they are listed below.

When is the time to call the doctor?

In the short term, severely low calcium levels in the blood can often lead to several problems such as cramps, seizures, and breathing problems. In the extreme cases, long-term nutritional Rickets can increase the risk of breaking bones easily, permanent bone irregularities, heart problems, pneumonia, and obstructed labor even lifelong disability if they are not treated in time. So, it is advisable to call a doctor as soon as the symptoms are detected in a child.

If Rickets are not treated during the period when a child is growing, it may cause the child to have a very short stature as an adult. The deformities might become permanent if the disorder is not treated. The doctor diagnoses Rickets by performing a physical examination on the child. The doctor might also order specific tests to detect Rickets, including a blood test for measuring the calcium and phosphate level in the blood and X-rays of the bone structure to check for bone deformities.

Causes or factors responsible for Rickets

There are many factors responsible for causing Rickets, and some of them are:

The treatment for Rickets is mainly concentrated on the replacement of the missing vitamin or mineral in the body. This is what eliminates almost all of the symptoms that are associated with Rickets. For example, if a child lacks Vitamin D in their body, the doctor will most likely recommend an increase in their exposure to sunlight. Not just that, they are also advised to consume food products that are high in vitamin D, which includes fish, liver, milk, and eggs.

Calcium and vitamin D supplements are also frequently provided to the kids for the correct dosage depending upon their size. If there are skeletal deformities present in a child, they will most likely need braces for positioning their bones correctly as they grow with time. In the most extreme cases, the child might have to go through corrective surgery. For hereditary Rickets, a mix of phosphate supplements and high levels of a particular form of vitamin D is required for treating the disease.

We have seen how Rickets can affect a child both in the short term and long term processes. The types and causes of Rickets are also discussed besides the symptoms. It gives the people a fair idea of how to pick up the signs and take their children to the doctor. Now, Rickets is rare in the governments that require particular food to have added vitamin D, but reports show that the number of cases has risen even in those countries. The symptoms, if ignored, can continue into adulthood, and that can lead to osteomalacia, which is quite similar to Rickets. All of these can be avoided if only the children get enough vitamin D from a very young age and proper care. So, it is the parents’ responsibility to look after that and give them proper medication and food.

What kind of doctor should I visit, for treating Rickets?

It is advisable to visit a general physician, pediatrician first, and then an orthopedic surgeon if needed.

How fast does a child show the symptoms of Rickets?

If a child shows a tendency for bowed legs or any other physical deformities, then a pediatrician visit is in order. However, to identify the symptoms at an early stage, simple routine checkups are sufficient.

For how much time should a child be exposed to the sun in order to prevent Rickets?