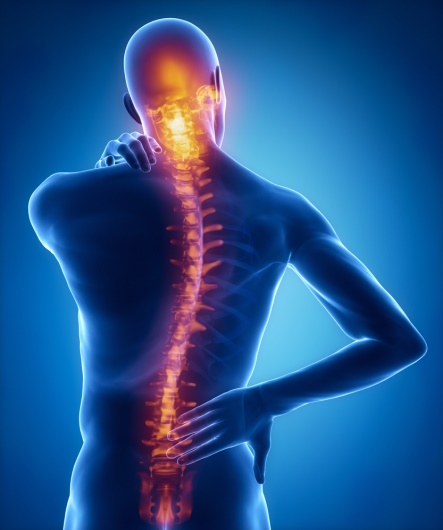 Scoliosis can be observed in people by the way they stand. People with scoliosis have their hips uneven. They may lean on one side while standing and may have uneven shoulders.

The very first symptom of scoliosis is usually spotted during puberty or when there is a growth spurt. Scoliosis may occur as a complication of muscular dystrophy or cerebral palsy.

Mostly the cases of Scoliosis in children are mild when they appear. However, depending on the angle of the curve, some kids develop severe scoliosis. The curve in the spine can worsen as they grow older. Severe bend in the spine will leave little room in the chest for the proper functioning of the lungs. This can lead to complications such as impaired lung function.

Children who are diagnosed with mild scoliosis have to be carefully monitored regularly to check for any increase in the bend of the spinal cord. Most mild cases don’t require any treatment, however, regular X-rays are done to keep scoliosis in check.  Children with mild scoliosis are required to wear braces to stop the bend from increasing. Few cases that show severe symptoms may require surgical intervention.

The symptoms in infants include:

●       The sleeping position of the baby may be consistently curved to one side.

Treatment of scoliosis is very critical at an early age itself. Complications like impaired heartburn and lung function will surface if scoliosis is left untreated.

The exact cause of scoliosis is not known in most cases. When cause remains unknown it is termed Idiopathic. This category of scoliosis forms 80% of the scoliosis cases. In other cases of scoliosis, the cause can be divided into structural and non-structural.

Once the above cause is treated, scoliosis goes away.

Diagnosis of scoliosis will be performed by your doctor by:

Kids who have mild scoliosis doesn’t usually need any treatment. However, doctors do regular screenings every 4-6 months to keep an eye on scoliosis.

The doctor may advise treatments based on the severity of scoliosis. It’s important to consider the following factors before opting for the treatment.

The following types of treatments are available for scoliosis.

Braces are the preferred method of treatment in growing children, who are at risk of worsening the spinal curve as they grow. The braces do not reverse or cure scoliosis but only prevent its progression.

Braces used for scoliosis are contoured fitting plastic materials that can be worn under the clothes day and night. The longer the brace is worn, the more effective it is in stopping the progression of scoliosis.

Close fitting braces are very snug that go under the arms, around the ribcage, and around the hips.  Braces can also be worn by children while participating in a number of activities and sports. They can also be taken off, for participation in some sports, if required.

The timeline when the braces can be permanently removed is when the children stop growing, for instance;

There are two types of braces that are usually prescribed by the doctor, which include:

Casting is done in infants instead of bracing. Casting helps to treat scoliosis in infants to help the spine grow back to normal position as the baby grows. Casting is done by using plaster of Paris. The infant’s body is covered by the cast, which has to be worn at all times. Since babies grow rapidly, the cast is changed frequently.

When scoliosis reaches a stage when it gets very severe,  the doctor may recommend surgery. A surgical procedure called spinal fusion is performed by the doctors to reduce the severity of the curve of the spinal cord tumor.

Spinal fusion is a surgical procedure that involves fusing of the two vertebrae of the spinal cord so that they don’t move. This is done by placing a bone-like material between the two vertebrae and a metal rod or wire is used to hold the curved part of the spine straight while the new bone material and the old bone fuse together.

In some kids, scoliosis may develop very rapidly. In such condition, the surgery is formed such that a growing adjustable rod is attached at the top and bottom of the spinal curve. The Spine Surgeon will lengthen the rod every six months.

The next steps after the surgery involve Intensive care and recovery.

The doctor will ask you to come back every 6 months to adjust the length of the rod, as your child grows. This is usually done as an outpatient procedure. Once your child has stopped growing and the spine has grown fully, the doctor will surgically remove the rods.

Even though scoliosis is a non-preventable condition, it can be treated and managed to give the child a happy, healthy and active life.

Scoliosis, when diagnosed in young children should not be taken lightly. Children do not outgrow scoliosis. However, with the right treatment, it is possible to reduce the curve in the spine and stop it from worsening. It is important to seek immediate medical attention if you think your child is suffering from scoliosis. Scoliosis if left untreated, can lead to life-long deformity and arthritis, along with other major complications of lungs and heart. Call your doctor online and get the right medical help for your child with scoliosis.

A hydrocele is a swelling in the scrotum that occurs due to fluid accumulation in the sheet covering the testicles. It is...
Read more
Diabetic care