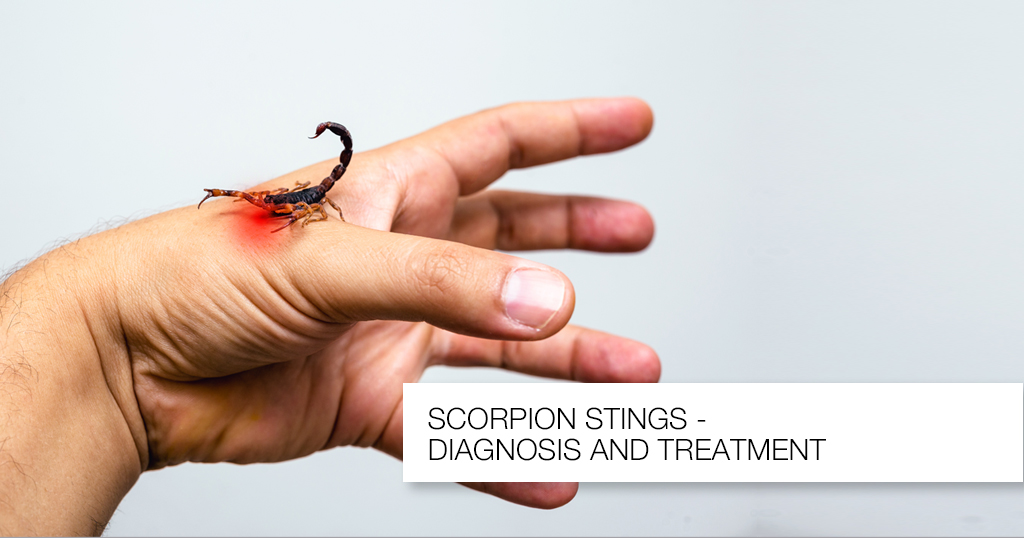 Scorpions often make their homes in the crevices inside homes. Scorpions also live in other small spaces such as under rocks and in firewood. They are incredibly territorial. If you come across a scorpion unexpectedly, the chances are that it may inject venom into your body to defend itself.

For patients presenting with scorpion stings, the following need to be asked:

Symptoms may include, but are not limited to:

Toxicity can be dependant on:

Investigations include Complete Blood Counts, Urinalysis and Metabolic Panel with Clotting Profile. ABG is indicated in the setting of respiratory or metabolic derangement.

Treatment for scorpion stings depends on the type of scorpion involved and the amount of venom injected. Mild stings may be managed at home by:

Treatment in the ER

Scorpions are more active at night, but one can get stung any time. The risk can be lessened by wearing long sleeves, pants, protective shoes and gloves when outside in areas where scorpions live. In these areas, it is also a good idea to shake out shoes and clothing before putting them on.