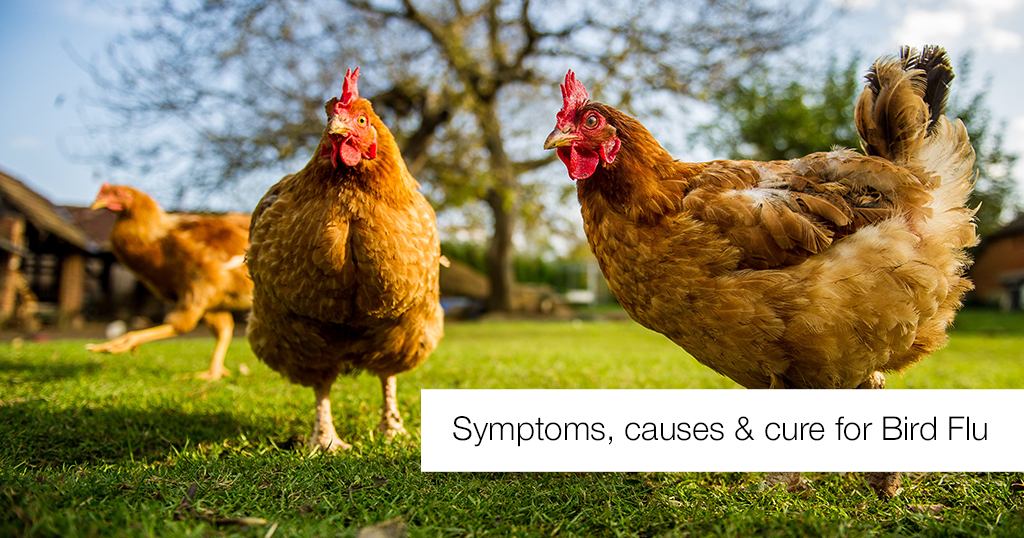 Bird flu belongs to a group of infectious diseases which primarily infects birds. But these conditions are also capable of infecting humans. One particularly deadly and most common sub type of this category is the H5N1 virus. Also known as avian influenza, it is quite deadly to poultry. This disease can be passed on to humans and other animals which come in contact with a carrier. Bird flu has been significantly found in nations like Bangladesh, India, China, Indonesia, Egypt and Vietnam. According to the World Health Organization, this disease is fatal for 60% of people affected. So, it is important to know the whys and hows of this serious disease.

What is Bird Flu:

Bird flu affects several kinds of birds and has been mostly seen in farmed poultry, like chickens, geese, turkeys, ducks etc. The H5N1 virus is found to easily pass between birds via their saliva, feces, food, and nasal secretions. H5N1 Bird flu is caused by strain A of the influenza virus and is mostly contracted via sick birds. They can develop this virus from cages and other farming tools. Most of the individuals who get contaminated with this virus have either had direct contact with infected farmed poultry, or other objects having feces or secretions of the infected.

A person infected with the H5N1 virus is bound to develop certain serious symptoms. The incubation period generally ranges from 2 to 8 days, and could continue till 17 days, depending upon the type. You tend to suffer from typical flu signs and symptoms which include:

Bird flu generally happens among wild waterfowl and then spread into domestic poultry like chickens, ducks, turkeys and geese. Humans can then develop this infection after coming into contact with the diseased birds. The common causes for a person getting infected include:

Different kinds of bird flu lead to different symptoms. The length of treatment depends on the severity of the condition. Depending on that, your doctor will suggest a treatment plan. Treatment needs to be prompt and proper, as this disease can turn fatal anytime.

Though it is not possible to entirely prevent bird flu from spreading, authorities and increasing awareness can surely help the communities to prepare and fight against possible infections. Effective prevention methods include:

A human is not easily infected with bird flu, if he/she doesn’t generally come in contact with poultry or farm birds. But that is no reason to be careless and ignorant. It is very important to pay heed to the early signs and symptoms. Consult a doctor if you have been feeling unwell after a recent trip to the farm or a place of bird flu outbreak.