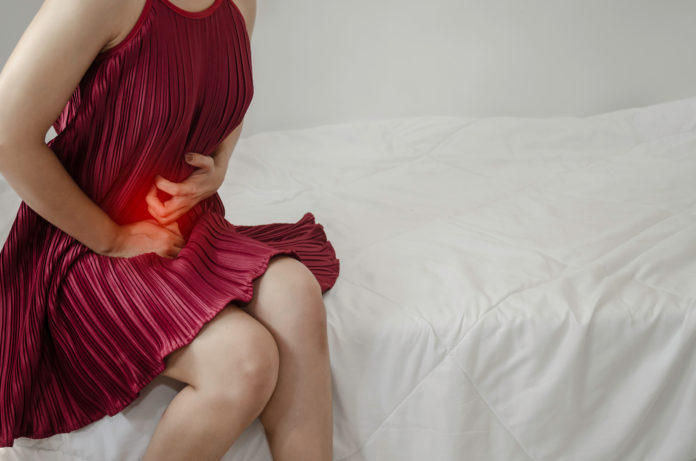 Vaginal bleeding can be described as the bleeding that happens from the vagina. Its origin can be the cervix, uterus, or vagina itself. Normal vaginal bleeding is the regular blood flow from the uterus and is also known as menorrhea. This is what happens in menstruation. However, there are cases of abnormal vaginal bleeding that are to be discussed here. The abnormal vaginal bleeding occurs beyond a woman’s menstrual cycle or shows some extreme symptoms at the time when they are on their periods. The irregular bleeding occurs either at the wrong time during the month or in inappropriate amounts, unlike what happens typically during a woman’s monthly menstrual cycle. The symptoms can be caused by several abnormal conditions, including hormonal imbalances, infection, complications arising during pregnancy, trauma, and malignancy.

About Vaginal Bleeding and Its Types.

Some of the most frequently used terms and types associated with vaginal bleeding are as follows:

It should be taken into account that there are other symptoms that may take place with vaginal bleeding. These symptoms might differ depending upon the underlying diseases or disorders or even conditions that she might have. Some of the common signs that might occur in vaginal bleeding are listed below.

When should a Woman Visit a Doctor?

There are certain cases or times when vaginal bleeding is the reason for some serious medical condition or caused by one. This can be anemia, miscarriage, pelvic inflammation, or even as serious as uterine cancer. Here is a list of symptoms that warrant an appointment with the doctor as soon as possible.

Now, there are some extreme cases as well where medical care should be received immediately, and they are:

As previously discussed, any bleeding outside a woman’s regular menstrual cycle is considered abnormal bleeding. Various reasons can cause this, and some of them are discussed below.

After a doctor has confirmed the symptoms from a woman, she is likely to be suggested a physical examination and sometimes a pregnancy test. Doctors also use the following methods for the diagnosis of vaginal bleeding:

The treatment for irregular vaginal bleeding depends on what causes it to happen. Only a doctor decides what treatment is needed or if any treatment is necessary at all.

Some treatment options prescribed by doctors are as follows:

As we have seen in the article, vaginal bleeding can be both normal and abnormal. While normal bleeding occurs during a woman’s menstrual cycle, it is the abnormal vaginal bleeding that makes her worry. While there are easily treatable causes, there are others, such as vaginal dryness and cervical dysplasia. Treatment of vaginal bleeding, as discussed, is associated with individual cases depending on their symptoms and their severity, underlying causes, and the presence of any complications. There is absolutely nothing to worry about about these types of symptoms as all of the diseases are very much treatable if they are promptly diagnosed in time. So, if anyone encounters unexpected vaginal bleeding, seeking healthcare professional help is advisable.

Researches show that around 20% to 30% of women experience bleeding during pregnancy. They are common in cases where a woman is carrying twins or more.

What can be the reason behind abnormal vaginal bleedings in women who ovulate regularly?

The types of abnormal bleeding include excessive, frequent, irregular, and decreased bleeding.