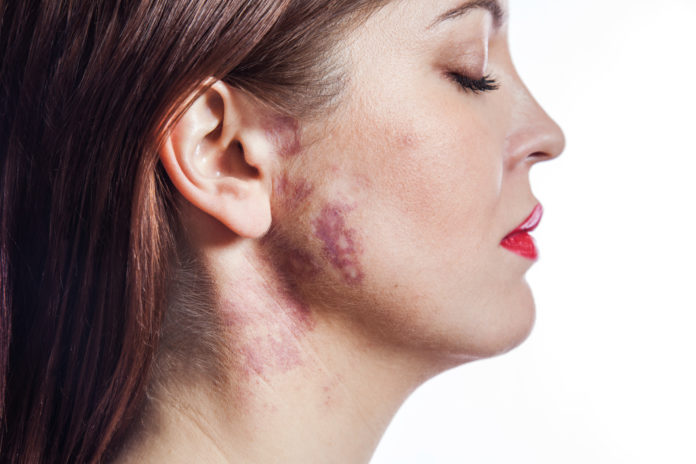 Birthmarks are discolourations on your skin that might occur at birth or early childhood. Birthmarks can be in many different colors, like black, brown, tan, pink, pale blue, red white or purple. A few birthmarks are only colorations of the skin’s surface, while others are raised above the skin’s surface or extend into the tissues under the skin. They are of two types, red and pigmented. The reason for red birthmarks is the underlying blood vessels. In pigmented birthmarks, there is a notable change in the skin’s color.

A pigmented birthmark can be of various colors as per the type, like brown, blue, black, and can be of lighter or darker shades. This is due to the difference in melanin production.

There are no symptoms of pigmented birthmarks. Usually, they are painless. They might change color and size with age. They might get bigger with exposure to the sun and changes in the body’s hormone levels, such as those occurring during pregnancy. Sometimes, it might cause itching and bleeding.

There is no known cause for the occurrence of birthmarks. In benign moles, they might change color with increasing age and during the teenage years, pregnancy, or exposure to the sun. It occurs due to the melanin deposition caused by overactive melanocytes. It can sometimes occur due to underlying conditions like neurofibromatosis.

How are pigmented birthmarks diagnosed?

Pigmented birthmarks need no treatment. One needs to keep an eye on the birthmark and contact the doctor if there are any changes.

How to prevent the occurrence of a pigmented birthmark?

There is no way to prevent a pigmented birthmark from appearing. The cause is unknown, and hence its prevention too. It is usually seen that birthmarks run in the family. You might notice that if you have pigmented birthmarks, your parents also likely have them. In order to prevent complications, people with birthmarks should actually use a good quality sunscreen with an SPF of 30 or higher when they are outdoors.

Birthmarks are benign spots that might occur at birth or later in early childhood. One need not worry about them unless there is a significant change in the birthmark.

While a few birthmarks are hereditary and run in families, most are not. Very rarely, some birthmarks are caused by gene mutations. For instance, some babies born with port-wine stains have a rare condition called Klippel-Trenaunay syndrome. This syndrome is caused by a genetic mutation that is not generally inherited. Another rare condition, Sturge-Weber syndrome, also appears as port-wine birthmarks and is caused by a different gene mutation. It also doesn’t run in families and can’t be inherited.