HomeOncologyWhat are the 4 types of lung cancer?
Oncology

What are the 4 types of lung cancer? 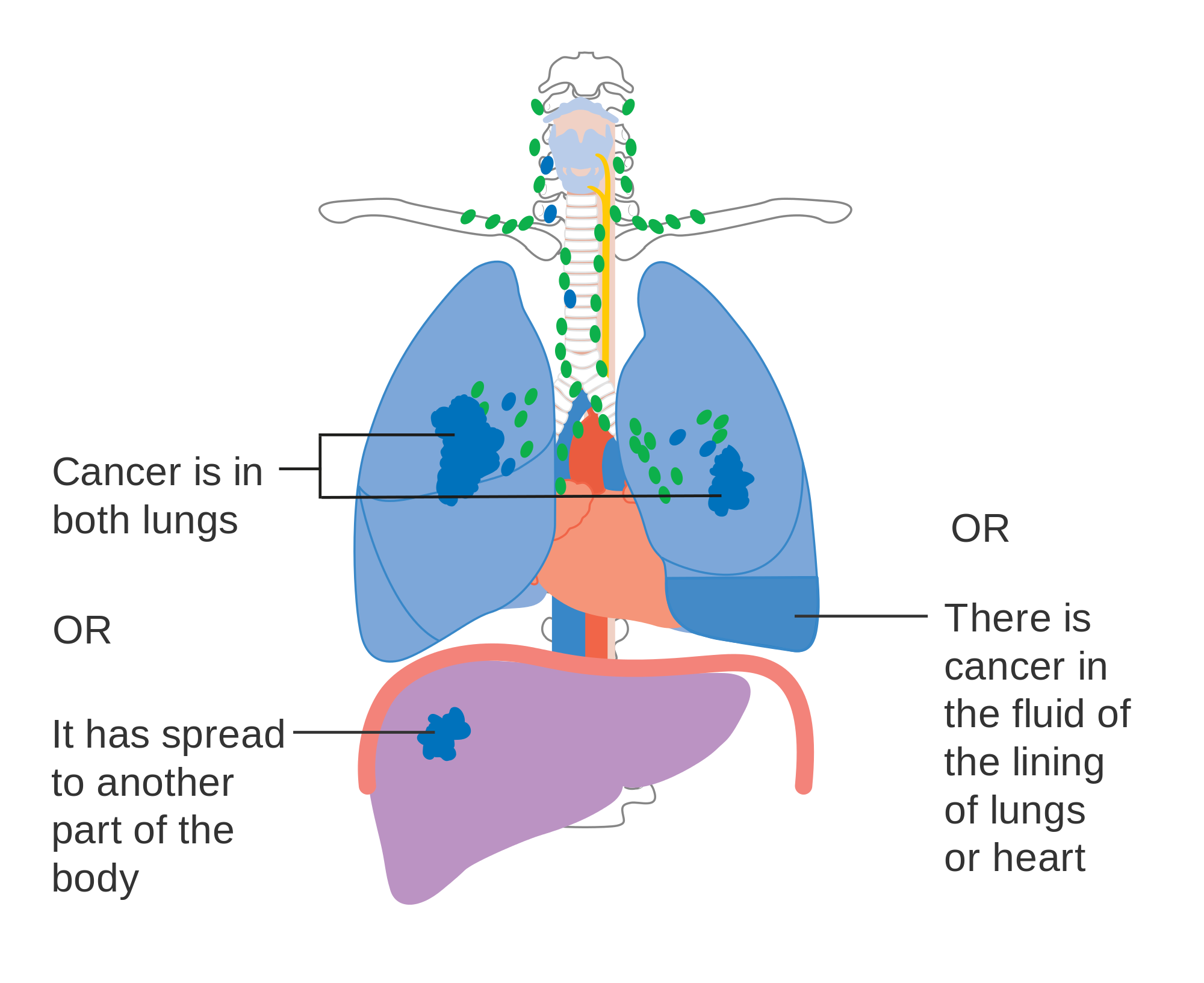 Lung cancer is a leading cause of cancer deaths among both men and women . There are different types of lung cancer that vary in their growth pattern, tendency to spread to other parts of the body, prognosis, and treatment.

There are two main types of lung cancer:

The classification of lung cancer is based on the microscopic appearance of the tumor cells and this classification can help doctors to develop effective treatment strategies.

NSCLC is the most common type of lung cancer and accounts for 80 to 85 percent of all lung cancer cases. Some NSCLC develops in the outer regions (periphery) of the lungs and some may start in the central parts of the lung. There are mainly three subtypes of NSCLC that includes:

Adenocarcinomas represent about 40 percent of lung cancers. This type of tumor starts in the cells that form the lining of the lungs and can spread to the lymph nodes and beyond. It is usually developed in smokers, but can also affect nonsmokers. This type of lung cancer is mostly seen in women and in older individuals.

Large cell carcinomas account for 10 to 15 percent of lung cancers. This type of cancer can grow in any part of the lung. As it grows and spreads rapidly, it makes treatment a challenge.

The Large cell carcinoma has a subtype called large cell neuroendocrine carcinoma which is an aggressive type of cancer and it grows fast.

Other Subtypes of NSCLC

Other subtypes of NSCLC are adenosquamous carcinoma and sarcomatoid carcinoma. These are less common forms of lung cancer.

SCLC cells are smaller in size and tend to grow more quickly than NSCLC tumors and account for nearly 15 to 20 percent of lung cancer cases. It is also called oat cell carcinoma. It is generally caused due to smoking. Comparing to NSCLC, it is more responsive to chemotherapy.

Other Types of Lung Cancer

Other types of tumors which can develop in the lungs are:

Lung Carcinoid Tumors: This type of tumors generally grow slowly and account for less than 5 percent of lung tumors.

Mesothelioma: This type of cancer is most commonly found in the lining of the lung and is caused due to exposure to the chemical asbestos. It is a rare type of cancer that involves lung covering  (the pleura).

Rare Tumors: Other tumors that rarely occur in the lungs such as adenoid cystic carcinomas, lymphomas, sarcomas and hamartomas (benign lung tumors).

Cancer can spread to lungs from other organs but it is not considered lung cancer. For example, if a tumor starts in the liver and spreads to the lungs is considered a liver tumor and is treated the same as one would treat a liver tumor. Several types of cancers that can metastasize to the lungs most commonly are breast cancer, colon cancer, bladder cancer, and melanoma.

Each type of lung cancer behaves differently and requires different treatments. Quitting smoking cuts the risk of lung cancer. Annual health checks are critical as these can alert us to lung cancer at an early stage where the cure can be affected. It is best to seek the advice of a cancer specialist, called an Oncologist for proper diagnosis and treatment.

What are the 4 types of lung cancer?

Breast cancer awareness – a campaign of its own!