What are the early signs & symptoms of cervical cancer? 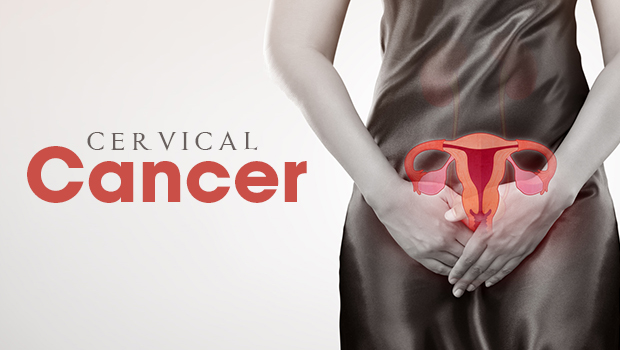 Cancer of the cervix is a very common cancer in women throughout the developing world and the numbers are increasing in India. They may be as high as 1 in a thousand in women and one percent in the reproductive age group between 20 to 60 years. Cancer of the cervix is usually caused by a viral infection called human papilloma virus, a virus that can lead to the growth of genital warts, abnormal cervical cells or cervical cancer. It is to be noted that most HPV infections do not lead to cancer. But some forms of genital HPV can lead to cancer of the lower part of the uterus that connects to the vagina (cervix) . Other forms of cancers, including cancers of the anus, penis, vagina, vulva and back of the throat (oropharyngeal), have also been related to HPV infection.

The symptoms of cervical cancer include irregular bleeding and bleeding in between periods as well after sexual intercourse. Diagnosis is often made by inspection of the cervix clinically. Regular Pap smears help to detect early precancerous lesions which are called C I N or cervical intraepithelial neoplasia. Treatment includes surgery and radiotherapy. Early diagnosis has a high 5 year survival up to 93% but decreases to 15% in advanced disease.

Cancer of the Cervix is peculiar in that the causative reason is known and is preventable with vaccines, accessible for screening with Pap smear, presents with symptoms and early diagnosis can be made with examination, Colposcopy and biopsy. Treatment involves surgery and or radiotherapy. Vaccines are available to prevent the progression of the infection into cancerous changes. Young girls in their teenage and early 20s will get the maximum benefit of the vaccine. This is because it works to its optimum potential before sexual activity.Yet it is still the second most common cancer in women in India and a quarter of all cancer cervix patients worldwide are in India.

Be aware- have a regular gynaecology check up with Pap smear and vaccinate young girls.