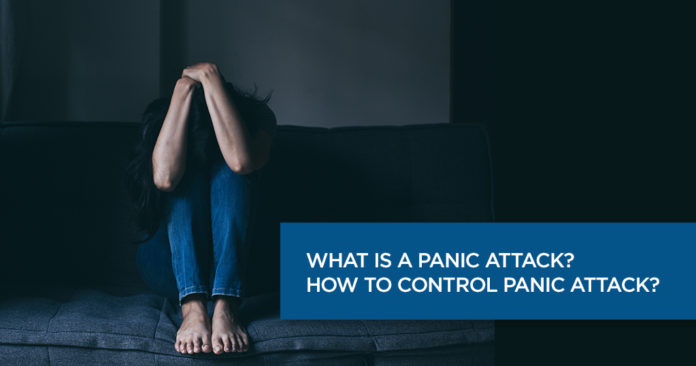 A panic attack causes sudden fear, overwhelming feelings, and strong reactions to normal, ordinary, and non-threatening situations. In a panic attack situation, an individual can sweat a lot and can have difficulty breathing and feel as if they are about to have a heart attack.

Categories of panic and anxiety-related disorders – how to differentiate?

2. Generalized anxiety disorder is an extreme, unrealistic worry across a duration of at least six months. It is linked to a minimum of three of the below-mentioned symptoms:

4. Post-traumatic stress disorder details a series of emotional reactions. These reactions can be a result of:

These traumatic situations might emerge in a person’s dreams and thoughts. The situations are re-experienced by feelings of horror, helplessness, and fear. General behaviors include:

What are the causes of panic attacks?

The underlying causes of panic attacks are different for different patients, and one may not be able to ascertain a definite causal factor. However, it is analyzed that the brain and nervous system play an important role in handling anxiety or fear in a given situation. The risk of occurrence of a panic attack increases due to the following reasons:

Panic attacks occur suddenly and take time to subside. Symptoms of a panic attack are visible approximately after 10 minutes of the occurrence. However, once the fear mode is passed, these also disappear soon.

How are panic disorders diagnosed?

Some of the common factors for repeated panic attacks are as follows:

What are the complications associated with a panic attack?

People often hesitate to seek help for treating panic attacks, however, panic attacks can be treated easily. If the panic attacks or a disorder is not treated, it would hamper your daily life and may lead to other complications.

How to treat a panic attack?

The treatment duration depends on the severity of the disorder and how well the patient responds to it.

A panic attack feels similar to a heart attack. Though it is seen that almost all panic attacks end within approximately 10 minutes; whereas, a heart attack can last for a longer time. If you notice symptoms of a panic attack, contact your nearest healthcare center immediately.

Book Appointment with Our Doctors

What can be done to prevent panic attacks?

How do people live with panic disorder?

The treatment of panic attacks helps you to enjoy and live a fearless life. With professional help and treatment, most of the people suffering from panic attacks get better.

Medical help at the appropriate time helps overcome the issue, as some panic attacks have symptoms of physical problems like a heart attack. Thus, medical care is required in such instances, and you should immediately call for medical help if you experience the following:

Panic attacks,in some cases, can be extremely painful and uncomfortable, both physically and mentally. They may hamper your routine and can affect your mental health. Seeking help immediately can help one avoid the occurrence of panic attacks in the future. Symptoms such as chest pain, shortness of breath, palpitations, dizziness, fainting, and weakness should not be automatically attributed to anxiety; they require evaluation by a doctor.

Book Appointment with Our Doctors