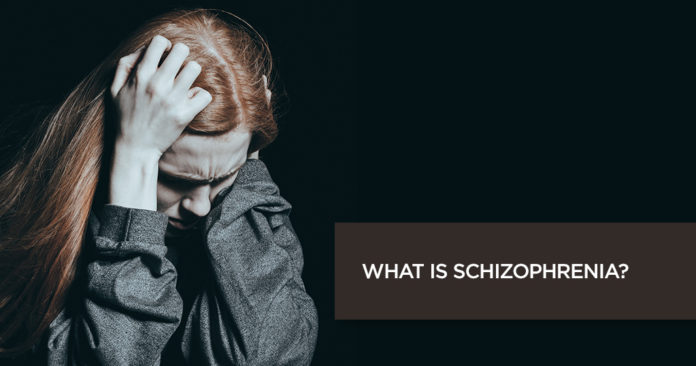 Schizophrenia is a psychiatric disorder that is quite common in India. In this disorder, the affected people interpret reality abnormally. Schizophrenia causes a combination of hallucinations, delusions, and extremely disordered thinking and behaviour that impairs normal life.

Research is extensively being carried out to find treatments for Schizophrenia. Experts are trying to unravel the causes of the disorder through the study of genetics and behavioural research and the use of imaging technology. These advanced approaches promise new and better therapies to help schizophrenic patients.

Schizophrenia is a chronic, severe mental illness that affects the way an individual thinks, feels, behaves, perceives reality, and also relates to others. If left untreated, Schizophrenia symptoms can be persistent and disabling.

As per the current analysis, we know that Schizophrenia affects women and men equally, but there is an early onset in males. The rate of occurrence is similar all around the world. Due to associated medical problems like heart diseases, diabetes, etc. schizophrenic people may die earlier than ordinary people.

Some important terms are commonly used while discussing Schizophrenia. These are:

What are the symptoms of Schizophrenia?

In its active state, the disease can be characterized by phases where the sufferer cannot discern between real and unreal situations. Similar to any other ailment, Schizophrenia can also have varied duration, severity, and frequency of symptoms. Though, in schizophrenic people, the severity of symptoms reduces with age. Some conditions like not taking medicines regularly, alcohol or drug use, and stressful conditions can increase the psychotic symptoms. Symptoms of this mental disorder can be classified as follows:

Cognitive functions are also affected due to Schizophrenia. This causes problems with different brain functions, like attention, focus, and memory, and adds to declining career performance.

Symptoms for the disorder might start appearing in teenagers. A person should have persisting symptoms for at least six months to get diagnosed. Troubled relationships, poor school performance, and lack of motivation are some early signs of Schizophrenia. Usually, men start showing symptoms earlier than women.

Before the diagnosis of Schizophrenia, a psychiatrist conducts a medical examination to secure a history of substance misuse and neurological or medical illness, if any. These are done to rule out other conditions that mimic the symptoms of Schizophrenia.

Book an Appointment with our Psychiatrist

What are the risk factors associated with Schizophrenia?

Studies point out that genetic and environmental factors contribute to causing Schizophrenia. Stress plays a role in the initiation of the symptoms and deciding the course of the disease. Scientists are not yet sure about the exact cause and trigger in each case of Schizophrenia.

What is the treatment for Schizophrenia?

No cure has been found for Schizophrenia yet, but patients cope well with the available antipsychotic medicines, which help soothe the psychotic symptoms. These medicines also help to keep future bouts of illness at bay or at least reduce their severity.

Psychological treatments are also available to reduce symptoms. These methods include cognitive behavioral therapy or supportive psychotherapy, which help enhance the function of the patients. Other treatments aimed at improving the lives of the patients have also been developed.

What are the other conditions related to Schizophrenia?

There are a few other related conditions to Schizophrenia:

Rehabilitation and life with Schizophrenia

Schizophrenia is not curable but can be controlled with the help of therapy. Most people who have Schizophrenia live comfortable lives and do well, whereas others might continue to show symptoms and need support and assistance.

Once the symptoms of Schizophrenia are under control, various therapy sessions can help manage the illness and improve lives. Psychological support and therapy can help people develop social skills for their future lives.

As Schizophrenia develops in early adulthood, it is highly likely that rehabilitation can help individuals develop the required skills to lead a successful life. These programs also prove helpful in finding jobs.

Suicidal thoughts and behaviors are common in schizophrenic people. If a loved one is likely to attempt suicide or has already attempted, then ensure that somebody stays with that individual.

For people living in a family with someone who has Schizophrenia, it is important to maintain their own physical and mental health. Family members must be aware of and informed about different support groups. Optimism is very important for the patient as well as the family members. A doctor must understand the patient’s strengths and utilize them in every way possible.

Book an Appointment with our Psychiatrist

Medical science has come far in recent years in achieving various cures for diseases. However , there are some conditions for which researchers are...
Read more
A to Z Test

Erectile Dysfunction (ED) is the medical condition where a man cannot achieve and maintain an erection for sexual intercourse. Multiple factors can lead to...
Read more
Load more
×

Rule Out Heart Palpitations Before They Lead to Other Cardiac Complications

5 Signs of Breast Cancer that Should Cause Concern

It’s generally called the “C” word; a word that spells alarm in everyone. In the case of women, breast cancer has been...
Read more