HomeHealth A-ZWhat Is the Difference Between Depression and Bipolar Disorder?
Health A-Z

What Is the Difference Between Depression and Bipolar Disorder? 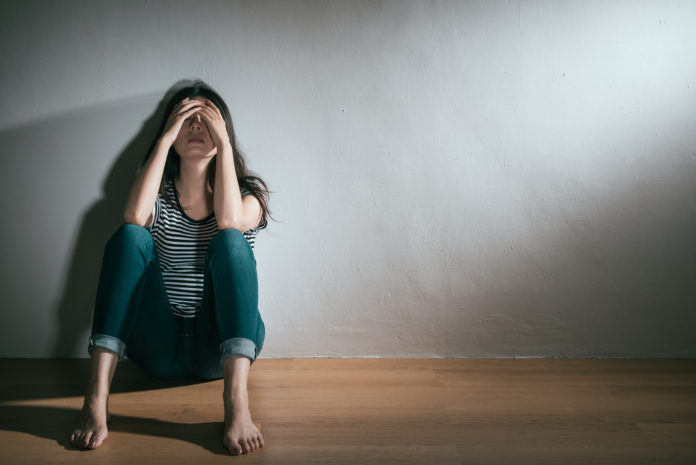 In this article, we will discuss and note the major differences between depression and bipolar disorder. To understand it, let us look into both the mental conditions.

Depression is characterized by a state of low mood that lasts for several weeks. It is generally confused with ordinary sadness, but it is a serious mental condition. Anyone can get depressed, regardless of age, gender, or race.

Bipolar disorder is characterized by one or more episodes of mania or hypomania, often with a history of one or more major depressive episodes.

Depression is a prolonged sad state of mind and elevated mood disorder. It can last for weeks, months, even years if left undiagnosed. It is also known as major depressive disorder or clinical depression. It is more difficult to note depression in men, as they tend to hide their emotions. Men usually show more anger and rage than sadness. A depressed man may drown himself in work or overdrink.

On the other hand, bipolar disorder is a type of depression. It is also known as manic depression. One should be concerned if they feel mood swings that are mild or extreme.

It is usually a combination of mania or hypomania conditions. Manic behavior is when a person experiences an unusual shift in the mood, energy, activity levels, and the ability to perform daily tasks. As the name suggests, “hypo” means lesser, “mania” means manic behavior. It is basically the same, but less intense than mania.

The onset time can range from a few days to weeks. This makes bipolar disorder more complicated than depression and even more confusing at times.

What are the Types of Depression?

What are the Types of Bipolar Disorder (BD)?

As bipolar disorder is a combination of symptoms, it is classified as per the type of combinations:

Any kind of depression can be caused by a genetic and/or a non-genetic factor.  a diagnosis should be made at the earliest. Mental disorders are taboo in some countries, and you should not be ashamed of them. You should keep in mind that depression is a mood disorder and can happen to anyone.

Let us look at the signs and symptoms of depression and bipolar disorder to better differentiate between the two.

You know that you have depression if you get frequent episodes of the following:

Maintaining a mood diary can help track and not miss a diagnosis.

These are more complex, as they change with the type of bipolar disorder. There are three basic symptoms: depression, hypomania, and mania. It is a combination of all three in different ratios.

If you have the above symptoms and notice a significant effect in your daily routine  and thinking pattern, seek professional help. Do not be ashamed of consulting a doctor or getting treated. An assessment is never a bad idea, as it will assure the cause of your symptoms and help you live a healthy life. Also, it is  preferred to seek help from your loved ones to help you visit the doctor.

Many people find it difficult to seek medical help for such mental health conditions. This is due to social stigma and shame.

It is important to stop the social stigma and help each other fight mental conditions together.

Call emergency care if you encounter such signs and symptoms of feeling sad, low or lonely. . There are several suicide helplines to prevent you from committing a mistake. You can also call your local helpline.

What Causes Depression and Bipolar Disorder?

Physical or biological changes in the brain due to stress or peer pressure or could be any other reason, change in brain chemical function (neurotransmitters), hormonal changes, and family history.

Physical or biological changes in the brain and genetic influence. The cause of this type of mental disorder can be genetic and/or non-genetic.

Bipolar disorder can easily be confused with a borderline personality disorder if the mood swings change very frequently. In bipolar disorder, usually, the mood does not swing that rapidly. However, if mood swings occur more than four times a year, it is known as rapid cycling.

Bipolar disorder greatly affects a person’s livelihood, as it causes an impaired perception of circumstances and the inability to think clearly. Thus, negatively affecting their social functioning.

How are they Diagnosed?

Following are the tests that your doctor might conduct for the diagnosis of depression:

Following are the tests your doctor might conduct for the diagnosis of bipolar disorder:

In the case of children, the diagnosis becomes more difficult, as children are usually diagnosed with other mental health conditions that have similar signs and symptoms. Some of these are Attention Deficit Disorder (ADHD), hyperactivity disorder, and behavior problems.

How are they treated?

The most effective treatment for a majority of individuals with depression is medication and psychotherapy. You may be prescribed medicines to reduce the symptoms. It is beneficial to consult a psychiatrist or psychologist. If you have life-threatening depression, it may be wiser to get admitted for proper care.

You may be prescribed some of these common medicines:

The treatment is administered by the doctors and nurses of the psychiatry department. Even if it is a lifelong problem, treatment is given for symptomatic management.

Your doctor will evaluate the stages and severity of your disorder and accordingly do the needful. Treatments that are usually administered are as follows:

How to Prevent Depression and Bipolar Disorder?

Follow these below-listed tips to try and prevent depression:

However, bipolar disorder cannot be prevented for sure. You can monitor  the symptoms and keep an eye on them. Seek early medical help to prevent worsening of the condition.

Mental health is as important as physical health. A mental disorder should be considered as a disease and treated like it. Seeking help as early as possible is the key to treatment. Early diagnosis buys time for further diagnosis and proper treatment.

If you feel mentally ill or feel like your loved one needs help, convince them, and give them a helping hand. Therapy, counseling, and medications can definitely treat depression and make life better to live.

Yes, they are two different conditions. A major depressive disorder is also known as depression for easier reference. Whereas bipolar disorder is a type of depression.

Q. When should we call for emergency help?

Immediately call for help if you have suicidal thoughts. You can also call your mentor or spiritual guide. If you have a family member who has recently attempted suicide, be with them. It is important to be a positive influence on them.

Q. What happens if the medicines and therapies are not working?