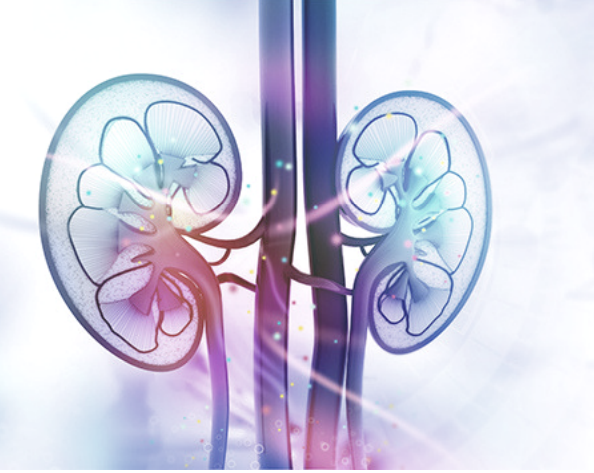 Kidney failure is the condition when one or both kidneys are completely damaged and fail to do their function (to filter the wastes in the body). As it is the last stage of chronic kidney disease, Kidney failure is also called as end-stage renal disease (ESRD). In most of the cases, it is impossible for people with Kidney failure to survive without dialysis or a kidney transplant.

When the kidneys are failing, the only way to know for sure is to get tested right away if you experience any unusual physical signs in your body. The very first sign that you may notice, if you have a failed kidney is the change in urination.

Kidneys are responsible for producing urine in our body. They filter blood and remove the wastes from our body. These will be sent to the bladder by the kidneys and our body later expels the waste as urine.

Detecting the symptoms is the key to treat any disease. In kidney failure, you may experience different symptoms at different stages. The following are the early physical symptoms of Kidney failure:

Less amount of urine: If your kidneys are slow in the production of urine or stop producing it completely, then it can be the sign of kidney failure. This causes accumulation of waste products in the body due to blocked urine flow from the kidney. This blockage of urine can also occur because of external obstructions such as

Blood in Urine: When the kidney’s filters are damaged, the blood cells will “leak” out into the urine. Blood in the urine can also be an indication for the presence of tumors, kidney stones or an infection.

Puffiness around your Eyes: Due to the damage, kidneys leak a large amount of protein in the urine, instead of keeping it in the body. This causes puffiness around the eyes.

Foamy Urine: Excessive foam or bubbles in the urine indicate the presence of protein in the urine. This foam may look like the foam that is seen when scrambling eggs.

Other Changes in Urine: People with kidney failure may see some change in urine color, smell, pain while passing urine. These all indicate that something is wrong with the kidneys.

People who have problems such as diabetes, high blood pressure, a family history of kidney failure or older than age 60 are at higher risk of developing kidney disease.

Shortness of Breath: You often experience trouble just catching your breath during kidney failure. This is because of anemia or a fluid buildup in your lungs. Getting chills or feeling unusually cold is related to kidney failure symptoms.

Confusion: This is one of the immediate symptoms, you have to look out for. This can be because of dehydration or a shift in electrolyte levels can lead to mood and cognitive changes making it difficult to concentrate.

Nausea and Vomiting: People with Kidney failure would feel nauseated because of the severe buildup of waste in the blood (uremia). Your body feels the need to expel the poisons and vomiting does occur. It is one of the most common symptoms that also accompany other kidney health issues.

Weakness: Most people begin to note weakness or a metallic taste to food during the end stage of kidney functions. This is because of loss of blood while urinating (Uremic). This blood loss often results in other symptoms like

Irregular Heartbeat: One of the most common symptoms faced by kidney failure patients is atrial fibrillation or an irregular heartbeat. It is often considered to be a major contributing factor for end-stage renal disease.

You may not experience any symptoms during the early stages of chronic kidney failure. Most early signs of kidney failure may be confused with other conditions making diagnosis difficult.

However, you may sense some later stage symptoms when the damage to your kidneys gets worse and this may not happen at the early stages. Early diagnosis is always considered because a delay in treatment leads to irreversible kidney damage.

What are The Types of Dialysis

Measures to be taken in Order to Avoid UTIs