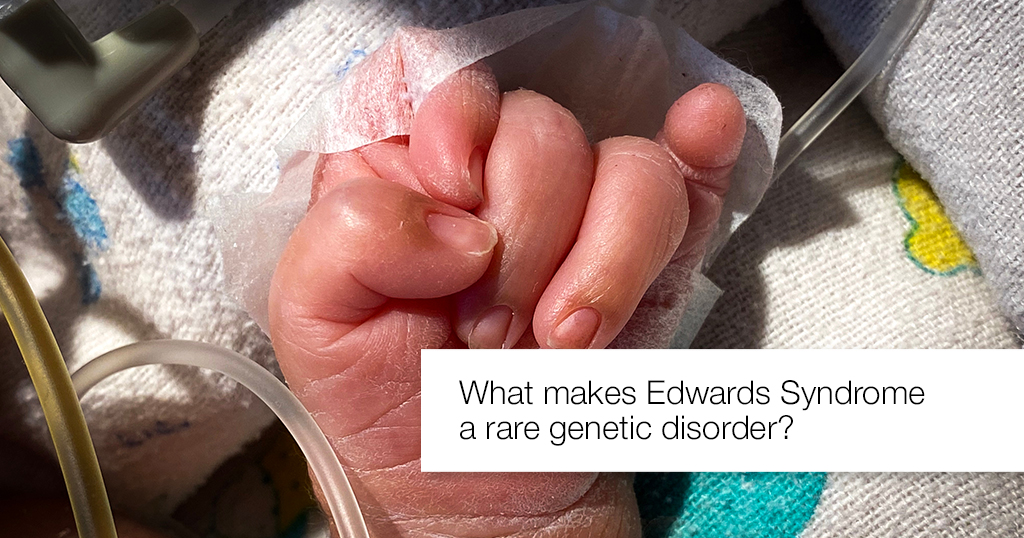 Edward’s syndrome, named after the doctor who first described it, is a condition which causes extreme developmental delays owing to the presence of an extra chromosome 18 in the DNA. Also known as Trisomy 18, this condition is basically a chromosomal abnormality and quite rare. However, it is an extremely serious genetic condition that leads to a wide range of medical problems. It is the second most common trisomy condition after Trisomy 21 or Down Syndrome. Sadly enough, most babies who are born with Edward’s syndrome die within the first week of life. Very few of the affected babies live beyond that. So, it is very important to learn more about this rare but extremely fatal genetic condition.

What is Edward’s Syndrome:

Edward’s syndrome is a rare condition which occurs if your baby is born with an extra chromosome 18. Babies who have this genetic condition are born with distinct clinical features like developmental delay and abnormalities of the heart, kidneys, limbs, and craniofacial. Chromosomes are threadlike structures present in our cells that carry our genes. And genes in turn carry all the instructions required to make every part of the baby’s body. A trisomy implies that there is an extra chromosome in some or all of the baby’s body cells. So, instead of the regular double count, the baby will have three copies of the chromosome 18. This will make the development of the baby’s organs abnormal.

Edward’s syndrome or Trisomy 18 can be of three types. Though, babies with full trisomy rarely ever survive beyond one year of life, babies with mosaic or partial trisomy may survive beyond that and enter into adult adulthood. Physical and mental disabilities are going to accompany them though.

Babies with Edward’s Syndrome are born with a wide range of physical problems. They have multiple health problems and the physical symptoms include:

There is no cure for Edward’s syndrome essentially and the symptoms could be quite difficult to manage. One would need help from a whole army of health professionals to deal with it. The treatment and management of the symptoms is dependent upon the severity of the condition. There is a high mortality rate among such babies and a very meager percentage lives beyond the first year. The major cause of death in affected babies is neurological instability, cardiac failure, and respiratory failure. These can happen all of a sudden. However, the children who do survive the first year of life require appropriate treatment.

Most types of Edward’s syndrome cases are not hereditary. So, they cannot be prevented. To date, there is no scientific evidence as to what a parent could have done to cause or prevent trisomy 18 in their baby. So, this is a chromosomal error that is considered to be random. However, technological advancements like prenatal screening kits, genetic testing for pregnant women or testing cells from the amniotic fluid i.e. amniocentesis help to analyze the chromosomes. This can result in the early detection of the disease.

It is very important for pregnant mothers to indulge in early detection tests with their doctors. Because of the high risk of fatal demise and early postnatal death associated with Edward’s Syndrome, parents are aided by support groups to be prepared for the worst. Even if the child survives, caring for such a child is both physically and mentally challenging for the parents. A wide range of medical services are needed to ensure the best quality of life possible for the child. But with the correct social and psychological support for the parents and the proper treatment of the child, it is possible to give the child a happy life.