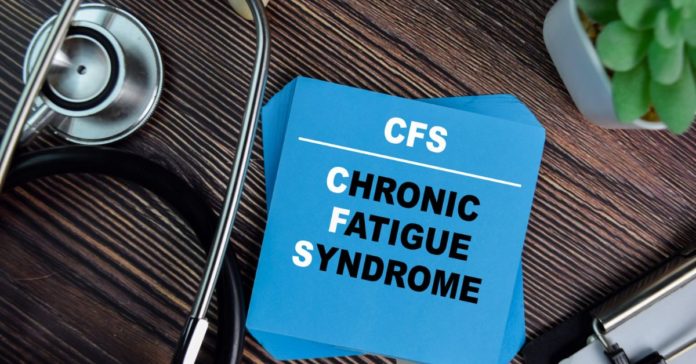 Chronic Fatigue Syndrome (CFS) is a medical condition characterized by extreme weariness or fatigue that does not go away with rest and is not caused by a specific medical illness. CFS is also known as Myalgic Encephalomyelitis (ME) or Systemic Exertion Intolerance Disease (SEID).

Many other conditions can also cause fatigue, such as viral infections, psychological stress, hormonal imbalances, poorly controlled diabetes etc but CFS is now identified as a unique syndrome.

CFS cannot be diagnosed, as well, because there are no tests available. The doctor will need to rule out other possible explanations of the weariness and diagnose CFS only by exclusion.

CFS is now widely recognized as a medical disorder.

CFS can affect anybody, but it is most frequent in women in their 40s and 50s. Although there’s no cure at this time, medicines can help with symptoms.

Other factors that may raise the chances of getting CFS are:

What are the causes of chronic fatigue syndrome?

Some people are predisposed to the illness from birth, and it is subsequently activated by a combination of events such as :

Bacterial infections, including Coxiella burnetii and Mycoplasma pneumonia, have also been studied in the context of CFS.

CFS, as per to the Centers for Disease Control and Prevention (CDC), could represent the culmination of several distinct illnesses rather than a single illness. One out of every 10 patients infected with EBV, Ross River virus or Coxiella Burnetii will develop a disease that satisfies the CFS diagnostic criteria.

What are the symptoms of chronic fatigue syndrome?

CFS symptoms vary depending on the person and the severity of the disorder.

Fatigue that is severe enough to impede everyday activities is the most prevalent symptom.

A considerably diminished capacity to perform typical daily activities with fatigue for at least 6 months to diagnose CFS. The fatigue does not reduce with rest.

The patient may also feel extremely tired after engaging in physical or mental activities, known as post-exertional malaise (PEM). This can linger for up to 24 hours after the activity is completed.

Other symptoms that patients with CFS may experience include:

According to the majority of people, overexercising exacerbates their symptoms. Symptoms might fluctuate in severity from day to day, or even within a single day.

Because the symptoms of CFS are similar to those of other conditions, it’s important to consult a doctor to get a proper diagnosis.

Some people are affected by CFS in cycles, with times of feeling worse followed by periods of feeling better.

Symptoms may even go away completely in certain cases, and the condition is known as remission. It’s still conceivable that symptoms will return later, which is known as a relapse.

It can be tough to control the symptoms in this cycle of remission and relapse, but it is achievable.

How is chronic fatigue syndrome diagnosed?

Chronic Fatigue Syndrome (CFS) does not have a test.

A general practitioner should inquire about the medical history and conduct a physical examination.

Your doctor may also recommend testing. Blood tests or urine tests to rule out other issues like anemia (a lack of red blood cells), an underactive thyroid gland, or liver and kidney issues, as other disorders with comparable symptoms must be checked out first. Diagnosing CFS might take some time.

As per the National Institute for Health and Care Excellence (NICE), doctors should consider diagnosing CFS if a patient experiences extreme fatigue that other factors cannot explain. It implies the patient cannot do the things they used to do, and it worsens after movement or light exercise, such as a brief walk.

If a child or young person under the age of 18 exhibits suspected CFS symptoms, they should be sent to a paediatrician within six weeks .

How can chronic fatigue syndrome be treated?

Chronic fatigue syndrome has no known remedy. The focus of treatment is on symptom alleviation. The symptoms that are the most bothersome or incapacitating should be addressed first.

Prescription and over-the-counter drugs can help with some of the symptoms of chronic fatigue syndrome. Here are several examples:

A majority of people who suffer from chronic fatigue syndrome benefit from the following:

PEM is when even moderate physical, mental, or emotional exertion causes CFS symptoms to worsen

Worsening symptoms typically appear 12 to 48 hours after the activity and might continue for days or even weeks.

Activity management, also known as pacing, can help prevent PEM flare-ups by balancing rest and activity. To stay inside the particular boundaries for mental and physical tasks, the patient will need to identify them, schedule them, and then rest.

The “energy envelope” is a term used by certain clinicians to describe staying within these parameters. Keeping a journal of the activities can assist the patient in determining personal boundaries.

It’s crucial to remember that, while intensive aerobic activity is beneficial for most chronic diseases, it’s not tolerated by patients with CFS.

Changes in lifestyle and home treatments

When the symptoms worsen over time, this is known as a setback or relapse.

They’re a common symptom of CFS and can be brought on by a variety of things, including an illness or an unexpected activity. There are occasions when there is no obvious cause.

The doctors who are treating the patient can assist them in coping with a setback or relapse by: