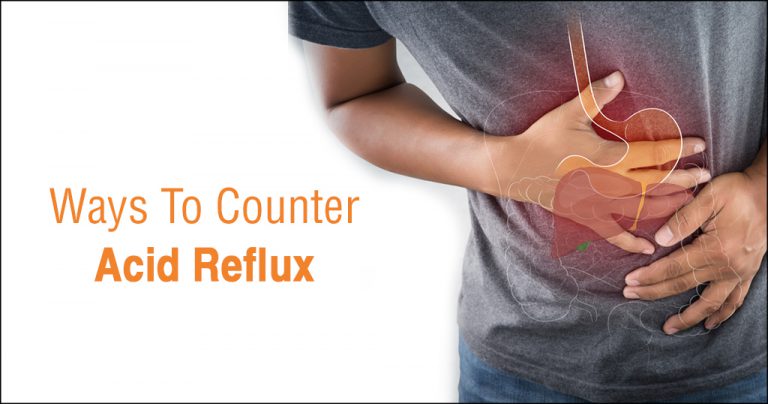 Are heartburn and acidity the bane of your existence? Even a mildly spicy or an extra portion of meals leave you running for an antacid? Maybe it’s time to find the underlying cause and explore a bit deeper into what is medically known as Gastro-Esophageal Reflux Disease (GERD). It is defined as the back-flow of stomach contents into the Esophagus causing undesirable symptoms and potentially resulting in esophageal damage. There is an uncomfortable burning sensation felt in the middle of the upper abdomen and/or lower chest.

Improper mechanical function of the lower esophageal sphincter (LES) causes GERD. The LES is a ring of muscle that surrounds the junction of the esophagus and the stomach and acts as a valve. When it functions correctly, this valve opens while swallowing to allow passage of food from the esophagus into the stomach. Then the valve closes acting as a barrier to keep stomach contents from refluxing into the esophagus again. In people with GERD, the LES does not properly close resulting in back-flow of gastric contents. It is the back-flow of gastric contents that cause the symptoms of GERD.

In others, there may be lifestyle or behavioral factors. These include:

Consuming carbonated beverages and also, a Hiatal hernia can cause GERD. Hiatal hernia results when the LES moves above the diaphragm, a sheet of muscles that separates the abdominal and chest cavities.

The treatment of GERD begins with behavioral and lifestyle changes. These include:

Medications: For severe symptoms, acid-reducing medications include proton pump inhibitors (PPIs) and histamine H2-receptor blockers (H2 blockers). These medications are effective in reducing the amount of acid in the gastric fluid or treating Esophagitis. Long-term use of greater than two weeks should be discussed with a physician since there is an increased risk of osteoporosis and fractures of the hip, wrist, and spine.

Obesity is a major risk factor for GERD. Weight loss has been demonstrated to consistently lead to an improvement in its symptoms. A few patients who are morbidly obese with GERD and fail proper medical management can see a surgeon to discuss anti-reflux surgery.

Anti-Reflux Surgery: Surgery for GERD involves a procedure called Fundoplication. The goal of this procedure is to reinforce the LES to recreate the barrier that stops reflux from occurring. The procedure involves wrapping a portion of the stomach around the bottom of the esophagus in an effort to strengthen, augment, or recreate the LES valve. The most common type is Nissen Fundoplication, in which the stomach is wrapped 360 degrees around the lower esophagus. This is almost always chosen to control GERD.

Most of the patients, in fact, a vast majority, report a high level of satisfaction, an effective reduction of symptom and an improved quality of life post-surgery.

After surgery, patients are generally admitted to the hospital for 1-3 days for observation. Patients are usually discharged on soft, pureed, or a liquid diet with gradual dietary changes in 2-8 weeks’ time.