3 million units. That is the amount of blood shortage in our country according to a World Health Organization report. With a population of 1.2 billion, it is a shame that India can’t reach it’s annual blood requirement of 12 million blood units, being able to collect only 9 million units per year. Lack of awareness, incorrect information about blood donations and myths surrounding it have contributed to the shortage of blood. But, this has not stopped enthusiasts of blood donation, some of them even dedicating their lives for the cause. One of such people is R.K. Patham. 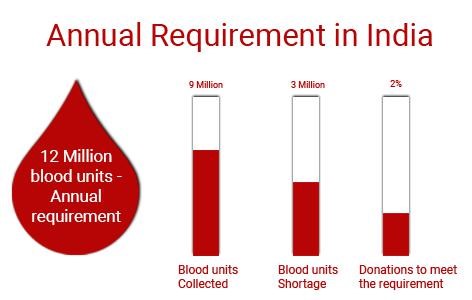 R.K. Patham has donated blood countless number of times since his college days. He says that he doesn’t like to keep count of number of times he has donated blood. He made his first blood donation when he was in college, mostly because most of his friends were doing it and they were promised to get free drinks and fruits. He didn’t know the seriousness nor the impact he was creating by donating blood until a personal tragedy made him realize it’s value.

After his graduation from University of Madras in Economics, Patham started working for a firm in New Delhi as Accounts Executive. One day, he got a call from Madras stating that his father’s health has deteriorated and he should rush to Madras immediately. This was back in 1990 and he couldn’t afford to book a flight back home. He explained the situation to his Manager and although he was a cooperative and understanding person, he couldn’t help him to fly either. But, he made sure Patham got on Tamil Nadu express that very night. 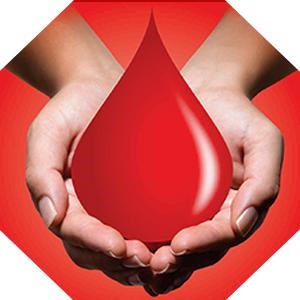 Patham reached the hospital in the morning of the second next day to find his father in the coronary disease ward. Patham was finally relieved to see his father but his father was concerned, not for his health but for the patient next to him. This patient needed Ove blood and his operation was getting postponed due to the unavailability of blood. Patham’s father asked him to go have breakfast, come back and donate blood as his blood group was also Ove. Patham was shocked to hear his father’s request. He was in no mood to leave his father’s side, let alone go and have breakfast. But, his father looked at him with teary eyes and insisted him to do it. Having no heart to disobey his father, Patham reluctantly went and donated blood. By the time he came back, his father had passed away.

Patham realized that his father’s last wish was him to donate blood and that no person should die because of blood shortage. Since then, Patham made sure he donated blood regularly on his birthday, his wife’s birthday, his children’s birthday and of course his father’s birthday and death anniversary. His contribution towards Indian Red Cross is also beyond blood donation. He has helped in computerizing the national headquarters of Indian Red Cross with the help of his own organization, Safe Blood.

In his experience of more than 15 years, Patham has come across all kinds of excuses people find to not donate blood such as I have to ask my mom, I would be too weak to drive back, I am afraid of the needles and so forth. “It amazes me that in a country of 1.2 billion population, we still fall short of annual blood requirements even though blood is something that doesn’t cost you anything and would replenish in 3 hours. It’s important to raise awareness regarding this issue as donated blood lasts only for 35 to 42 days. There is a constant need to replenish the stock and this can be achieved only by voluntary blood donation.” says R.K. Pathamm 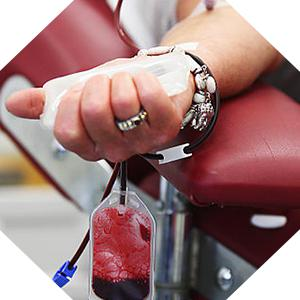 Every year, the world observes 14th June as Blood Donor Day in order to raise awareness of the need for safe blood and to thank blood donors for their voluntary gift of blood. WHO announced that this year’s theme is “Blood Connects us all” to encourage more voluntary blood donation.

We at Apollo Hospitals are also doing our bit for the cause. Blood Connections by Apollo Hospitals is a social network that brings together blood donors and recipients. You could search for blood donors in any location and message or email them directly. You could even tweet them or message them directly on facebook for an emergency request of blood. You can add friends just like any other social network and search for blood donors among friends and friends of friends. For any other health queries or for general consultation you can always go for a home care appointment request or book an appointment online with Ask Apollo.

Introduction Hiccups are involuntary contractions of the diaphragm. Diaphragm is the muscle that separates the chest from your abdomen...
Read more
Kids Health

Overview Type 1 diabetes can occur in children, either when they are infants, toddlers or sometimes manifests in the...
Read more
Kids Health

A hydrocele is a swelling in the scrotum that occurs due to fluid accumulation in the sheet covering the testicles. It is...
Read more