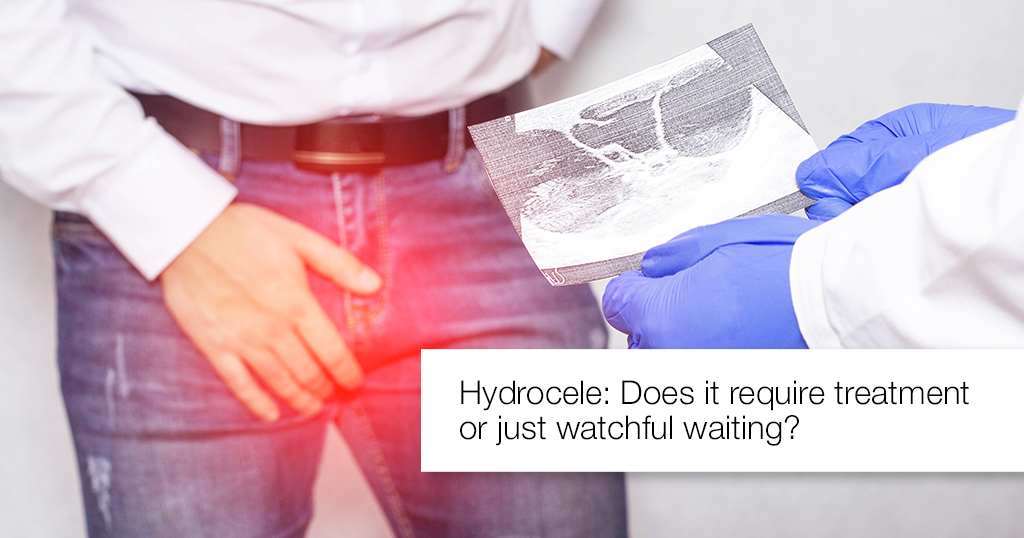 A hydrocele is a specific kind of swelling in the scrotum. The scrotum is a thin sac which houses the testicles in the male. A hydrocele occurs when fluid gets accumulated in this scrotal sac that surrounds the testicle. It is pronounced as ‘hi-droe-seel’ and mostly common in newborns. It generally disappears when infants turn a year old. However, it could happen to older boys and men too, due to an inflammation or injury in the scrotum. So, let us know more about this particular condition.

Usually, the only sign of a hydrocele is a painless swelling on one or both of the testicles. In adult men, there might be a heavy feeling or discomfort due to a swollen scrotum. It is generally painless, but pain may be felt with the inflammation. In certain cases, the swollen affected area looks small in size during the morning and become larger as the day goes by.

Hydrocele is a condition that is mostly present at birth. However, some may be developed later on in life. The reasons for each of the cases are:

If your newborn has a hydrocele, you need not worry much as it will most likely go away within one year. However, if it does not go away after the mentioned time period, or gets quite large, you need to consult a doctor for surgery. In adults, hydroceles are believed to be cured within six months’ time. A hydrocele requires to be surgically treated only if it is causing too much discomfort. Hydroceles can be treated by:

When to see a doctor:

If your child is experiencing a scrotal swelling, it is important to consult the doctor to rule out other causes which might cause the swelling. It should disappear within a year. But, if it does not, or gets enlarged, you need to get it examined closely by a doctor. Also, if your child experiences sudden, extreme scrotal pain or swelling, following an injury to the scrotum, you need to get him immediate medical attention.

Hydroceles are a congenital condition for most baby boys and a self-correcting condition and will go away when your child turns one. However, when it comes to adult hydrocele, there are a few ways in which you can prevent it:

A hydrocele does not generally affect fertility and is not typically dangerous. But, if the swelling persists and proper attention is not given to the condition, it could be due to other reasons like testicular cancer, or tumors or even inguinal hernia. So, always be on the safe side, and no matter whether your child or you yourself develop hydrocele, make sure to visit the doctor to obtain the right advice .