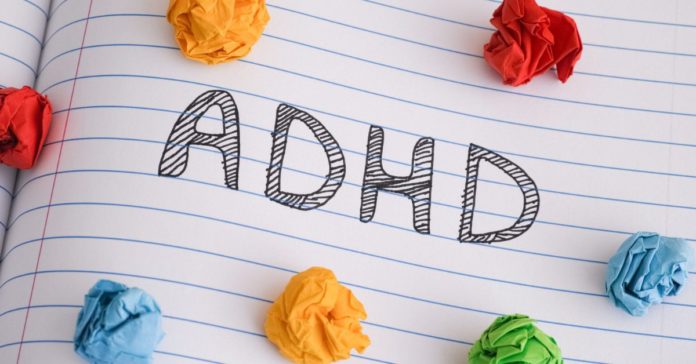 ADHD is a neurodevelopment disorder that negatively affects millions of children and adolescents’ social interaction capabilities and often lasts into adulthood. ADHD is characterized by a number of persistent difficulties, including difficulty in focusing, hyperactivity, and impulsive behavior.

Low self-esteem, strained relationships, and poor academic achievements are all common effects of this condition in children While symptoms tend to decrease on reaching adulthood, in certain cases, patients never fully recover from the symptoms of ADHD. However, major effects of this disorder can be managed through a combination of medication and therapy.

While medication will not fully treat ADHD, it will help to reduce the effects of its symptoms. Early detection and treatment can make a big difference in the outcome.

Scientists are yet to fully understand the cause(s) and risk factors associated with ADHD .Despite the fact that the causes and risk factors for ADHD are unknown, new research suggests that inheritance has a substantial impact. In recent investigations, genetic factors have been associated to ADHD.

Aside from genetics, scientists are looking into other probable causes and risk factors, such as:

ADHD is not caused by eating too much sugar, watching too much television, parenting, or societal and environmental issues including as poverty or family dysfunction, according to research. Of course, many things, including these, might exacerbate symptoms, particularly in some people. However, there is insufficient evidence to infer that they are the primary causes of ADHD.

At some point in their life, most youngsters will have difficulties focusing and behaving. Children with ADHD on the other hand, do not simply grow out of their behaviours. The symptoms might last for weeks or months, causing difficulty at school, at home, and with friends.

A child with may exhibit the following behaviors

For youngsters with ADHD, life can be difficult

Differences in ADHD Symptoms by Gender

Having trouble focusing, sitting still, and remaining organized are common symptoms of ADHD. Many children show signs of this condition before they reach the age of seven, while some go undetected until they reach adulthood. The way the illness appears in men and women differs significantly. This may have an impact on how ADHD is identified and diagnosed.

According to the Centres for Disease Control and Prevention, men are three times more likely than women to be diagnosed with ADHD. This gap isn’t always due to women’s lower susceptibility to the illness. It’s more than likely due to the fact that women’s ADHD symptoms differ from men. The symptoms are frequently milder, making them more difficult to detect.

ADHD is a condition that can endure well into adulthood. Some adults have never been diagnosed with ADHD. The signs and symptoms might cause problems at work, at home, and in relationships. At an older age, symptoms may show up differently; for example, hyperactivity may manifest as excessive restlessness. Symptoms can grow more severe as the demands of adulthood increase.

Women with ADHD are more likely to exhibit inattention as a  symptom, whereas men are more likely to exhibit hyperactive symptoms. Because the youngster can’t sit still and behaves in an impulsive or risky manner, hyperactive behaviours are obvious to spot at home and in the classroom. The signs of inattention are typically more subtle. The child will not be disruptive in class, but he or she will forget assignments, be forgetful, or appear “spaced out.” It’s easy to confuse this with laziness or a learning deficiency.

Because women with ADHD don’t normally exhibit “typical” ADHD behavior, the symptoms may be less visible than in men. Among the signs and symptoms are:

Though ADHD is more commonly misdiagnosed in women, it can also go undiagnosed in men. Men with ADHD report more hyperactivity and impulsiveness  than women, according to sources. However, assuming that all men with ADHD are hyperactive or impulsive is a mistake. Some men exhibit the disorder’s inattentive characteristics. Because they are not physically disruptive, they may not be diagnosed.

Men with ADHD are more likely to exhibit the symptoms that most people associate with ADHD. They are as follows:

Attention deficit hyperactivity disorder (ADHD), often known as attention deficit disorder or ADD, is characterised by inattention, impulsivity, and hyperactivity. For a child with ADHD, forgetting homework, daydreaming in class, acting without thinking, and fidgeting at the dinner table are all too common occurrences.

ADHD is a common neurodevelopmental disease that usually manifests in early infancy, before the age of seven. Children with ADHD have a hard time controlling their spontaneous responses, which might range from movement to speech to concentration.

Males are more likely than females to have ADHD, and boy and girl behaviors can differ. Boys, for example, may be more hyperactive, while girls may be more inattentive.

ADHD is divided into three subtypes:

In general, a kid shouldn’t be diagnosed with attention deficit hyperactivity disorder (ADHD) until the fundamental symptoms of the illness appear early in life — before the age of 12 — and continue to cause major issues at home and at school.

Although there is no specific test for ADHD, the following factors are likely to be considered when making a diagnosis:

Although symptoms of ADHD can occur in preschoolers or even younger children, diagnosing the illness in these children is difficult. This is because developmental difficulties such as language delays can be misinterpreted as ADHD.

As a result, children in preschool or younger should be evaluated by a specialist, such as a psychologist or psychiatrist, a speech pathologist, or a developmental paediatrician.

In most cases, the most effective treatment for ADHD is a mix of behaviour therapy and medication. Before considering medication, behaviour therapy, particularly parent training, is recommended as the first line of treatment for preschool-aged children (ages 4-5) with ADHD. It is possible that what works best for each  child and family will differ. Good treatment regimens include close monitoring, follow-ups, and making changes as needed.

Medications that stimulate the brain

Stimulant medicines (psychostimulants) are currently the most widely used ADHD medications. Stimulants appear to increase and balance the levels of neurotransmitters in the brain. These drugs can assist with the signs and symptoms of inattention and hyperactivity – and in certain cases, they can do it quickly.

It may take some time to discover the optimum dose because it differs from child to child. If your kid develops substantial side effects, the dose may need to be changed. Inquire with your doctor about stimulant side effects.

Other drugs that may help with ADHD treatment include:

Antidepressants and Atomoxetine function more slowly than stimulants and can take several weeks to fully take effect. If your child is unable to take stimulants due to health issues or if stimulants create severe adverse effects, these may be viable alternatives.

A psychiatrist, psychologist, social worker, or other mental health professionals can give behavior treatment, social skills training, parent skills training, and counselling to children with ADHD. Other illnesses, such as anxiety disorder or depression, may coexist with ADHD in some children. Counseling may improve both the ADHD and the comorbid issue in these circumstances.

Here are some examples of therapy:

The best results are achieved when teachers, parents, therapists, and medics work together as a team. Learn about ADHD and the services that are available to you. Work with your child’s instructors to support their efforts in the classroom by referring them to credible sources of knowledge.

Conditions that coexist with ADHD

ADHD is not linked to any other psychological or developmental issues. Children with ADHD, on the other hand, are more likely than others to suffer from conditions such as:

To help your child’s risk of ADHD, do the following:

Verified By Apollo Neurologist
https://www.askapollo.com/physical-appointment/neurologist
The content is medically reviewed and verified by highly qualified Neurologists who bring extensive experience as well as their perspective from years of clinical practice, research and patient care
Facebook
Twitter
WhatsApp
Linkedin
Previous articleWhat is Genetic Testing & Why is it Done?
Next articleAdapting to Dyslexia: A Guide for Parents
RELATED ARTICLES
Cardiology