How does Immunotherapy for Cancer Work? 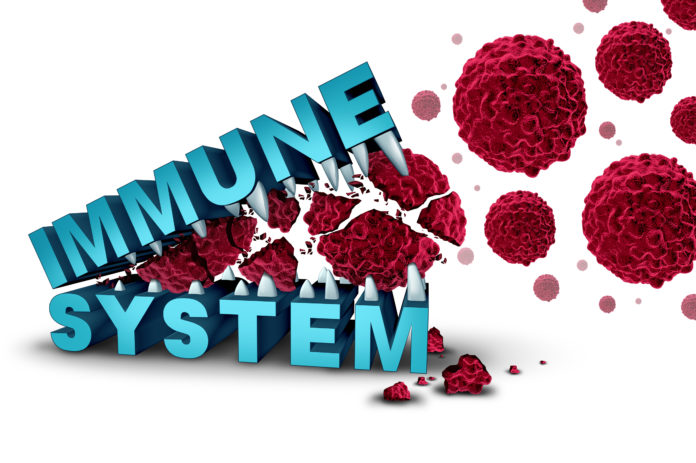 Immunotherapy is one kind of cancer treatment that helps the immune system fight cancer. The immune system helps our body fight infections and other disease conditions. It is made up of white blood cells including organs and tissues of your lymphatic system. Immunotherapy is a kind of biological therapy, a type of treatment, which uses substances made from living organisms to treat cancer.

How the Immune System Fights Cancer?

The immune system identifies and destroys abnormal cells in your body, thus curbing the growth of many cancers. Sometimes, immune cells are found in and around tumors. Such cells, called TILs (tumor-infiltrating lymphocytes), indicate that the immune system is responding to the tumor.

Immunotherapy can help your immune system to act better against cancer.

What are the Different Types of Immunotherapy?

Some of these checkpoints are under research for different types of cancer treatment. Clinical trials show that people with metastatic melanoma, Hodgkin’s lymphoma, neck, kidney, or lung cancer can be treated with immunotherapy.

Another type of immunotherapy is T-cell transfer therapy, also known as adoptive cell therapy, or adoptive immunotherapy. In this therapy, your immune cells are taken out from the tumor and those that are most active against the cancer are selected or are changed in the laboratory to better attack the cancer cells, grown in large lots (batches), and put back into the body through a needle in one of your vein.

The human body has certain antibodies that help in fighting diseases. Monoclonal antibodies are proteins present in the immune system or are created in the laboratory. This is made to bind to specific targets on the cancer cells.

Some of these antibodies mark cancer cells in a way that they can be easily visible to the immune cells, which can destroy them. These kinds of monoclonal antibodies work as immunotherapy, helping to battle cancer.

This type of therapy is also known administration of therapeutic antibodies.

Such vaccines becomes option for treatment because cancer cells have substances known as tumor-associated antigens, which are not present in the normal cells or, if present, they are at lower levels. Treatment vaccines can help the immune system learn to recognize and react to such antigens and destroy cancer cells that contain them. This therapy is used in cancers like the prostate cancer .

Types of immune-modulating agents include:

Immunomodulatory drugs (also known as biological response modifiers) stimulate the immune system. They include medications such as Imiquimod, Thalidomide, lenaliodomide, and pomalidomide that leads cells to release IL-2. They can also stop tumors from forming new blood vessels.

How is Immunotherapy Administered?

Different types of immunotherapy have different ways of being administered. The patients, based on the kind of procedure being performed can be given the therapy as:

Where can You Receive Immunotherapy?

If diagnosed with any form of cancer, and the oncologist advises you for immunotherapy, then it can be given at the clinic, hospital, or outpatient department.

From the past few years, immunotherapy has become an integral part in terms of cancer treatment. With the increasing rate of cancer and the betterment of immunotherapy, researchers are testing new immunotherapy treatments through which the immune system can fight and destroy cancer cells at a faster pace.

Medical practitioners believe that immunotherapy has been the game-changer in terms of treating several cancers. With this treatment, life expectancy improves.

Immunotherapy duration depends on several factors, such as:

Depending on the patient and form of treatment, it can be daily, weekly, or once a month. Sometimes, depending on the condition, immunotherapy is conducted in cycles, where the body is given sufficient time to recover.

By conducting several tests, your specialist can check how beneficial immunotherapy is for your present condition. The medical tests include blood tests, biopsy, or different types of scans.

Immunotherapy has been used in the treatment of several cancers such as those of the skin, bladder, liver, lung, esophagus, prostate, as well as sarcomas, leukemias and lymphomas.