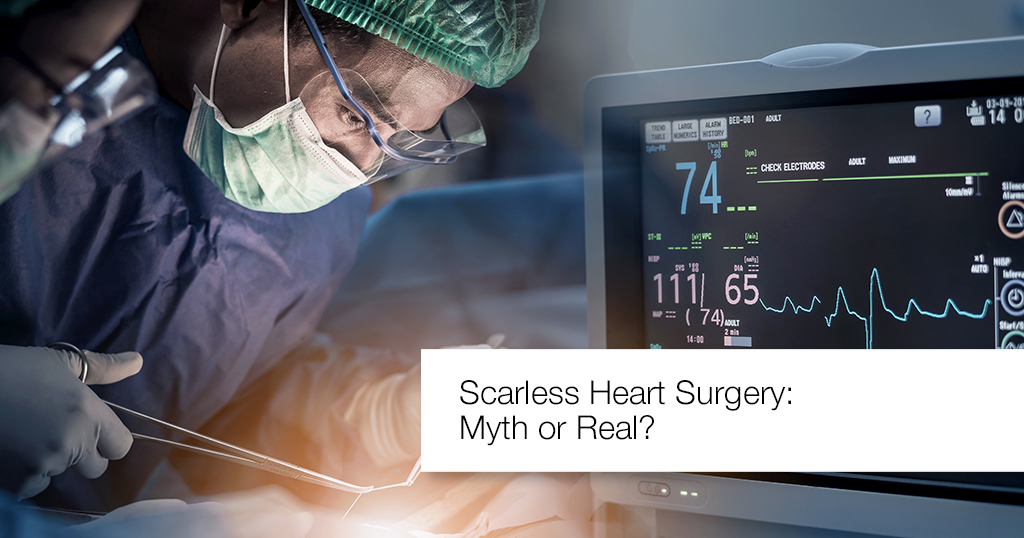 The treatments for heart ailments have evolved over the years. There are two major classifications for heart disease – acquired heart disease and congenital heart disease. Congenital heart disease refers to defects in the structure of heart and varies from a simple hole to complex connections. Acquired heart disease happens in a healthy heart after birth and can happen any time after our birth. The last century has been a revolution in the treatment of heart disease. Open heart surgery started in the early 1950s and has evolved significantly till now. The total bypass time (the duration taken to do the surgery when the heart is stopped) has considerably decreased over time. The mortality and morbidity of open heart surgery has also significantly evolved. However, since the surgery involves opening the heart, getting back to routine takes at least four weeks for the patients. Moreover, the emergence of super bugs pose a threat to ventilated patients post-surgery. Last but not the least, the scar in the chest is a major factor particularly for girls. Particularly in the Indian subcontinent, although the girl might have been cured of heart disease, the scar remains a stigma. These girls lose their self-confidence and face lot of difficulties when it comes to marriage.

The experts have been seeking for an alternative approach to surgery since the early 1980’s. It has evolved considerably over time. Simple congenital heart diseases like holes (PDA, ASD, VSD) and obstruction to valves and tubes (coarctation) can be cured completely with an angiogram based approach where a cardiologist implants a device or stent/balloon to cure the disease. Moreover, in complex congenital heart diseases that require multiple surgeries, the first surgery can be replaced by a stenting procedure. The complete procedure takes only 1-2 hours and the patient is discharged the next day. The patient can continue the routine life after that straight away. This procedure can be done in even pre-term babies weighing 600-gms to elderly people.

The treatments for congenital / structural heart diseases have evolved significantly over last two decades. We moved on to replace valves in the heart. As we get older, our major pipe from the heart called Aorta gets atherosclerotic (fatty deposition) changes. But the valve to the Aorta gets more calcified and becomes very thick. Then, the heart struggles to open the valve. After 70 years of age, the incidence of this disease climbs up steeply with 50% of people being affected by 80’s. This is a major limitation for elderly people who can’t function independently. Moreover, they are considered very high risk for surgery and hence a surgery can’t be done. Over the last decade we started replacing valves in elderly people without surgery, which has transformed their lives. They have been able to live an independent life. This has encouraged us to replace valves in other parts of the heart. In pulmonary position (lung tube), mitral and tricuspid valves have been replaced without surgery. The valves we have been using are usually imported from western countries and are exorbitantly charged. Recently, an Indian – made valve was launched and its quality has been good at an affordable price. In this current era, nearly 60-70% of heart diseases can be cured by scarless surgery. But with evolving technologies, this can be extended.