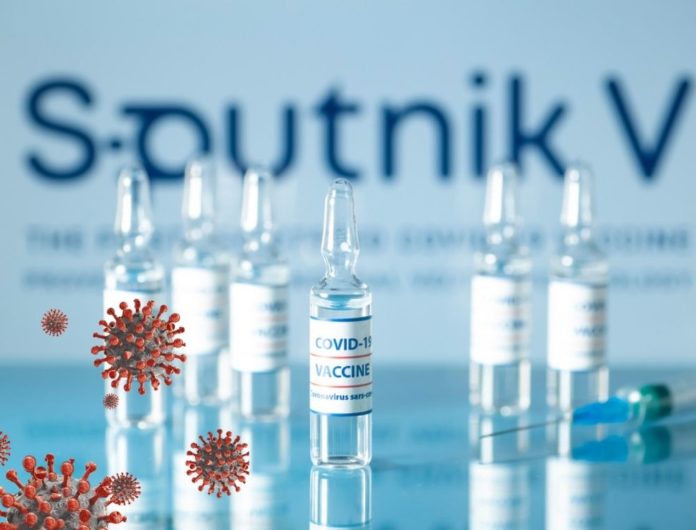 Sputnik V is the third variety of the Covid-19 vaccines that will be administered in India. The Indian drug regulator has approved the emergency use of the Russian-made vaccine. It functions in a similar way to the Indian-manufactured Covishield vaccine. According to the published late-stage trial results, Sputnik V is considered safe for mass inoculation and has shown 92% efficacy against Covid-19. The following are certain questions that people may have about Sputnik V and their answers.

Sputnik V is an adenovirus viral vector vaccine developed for battling COVID-19. It has been developed by the Gamaleya Research Institute of Epidemiology and Microbiology in Moscow, Russian and was listed by the Russian Ministry of Health as Gam-COVID-Vac in August 2020.

In May 2020, the institute announced that the shot it had developed had no serious side effects. By August 2020, phases I and II of the two experimental trials were finished.

The Gam-COVID-Vac was first scheduled for September 2020 for a commercial release and in October 2020, the vaccine was declared free for all Russian citizens after the initiation of bulk manufacturing. Experts proposed that this vaccine should be included in the National Immunization Calendar of Russia.

According to the Russian media, the mass manufacturing of the Gam-COVID-Vac began on August 15, 2020. The vaccine will be available in India April 2020 onwards.

This vaccine was named after the world’s first man-made satellite – Sputnik V.

HOW DOES SPUTNIK V VACCINE WORK?

The genetic information from the two viral vectors, which are the basis of infection, is separated. This is combined with a gene that leads to the SARS-CoV-2 spike protein output. The SARS-CoV-2 virus is scattered with proteins that it utilizes to enter human cells. These spike proteins make an attractive target for budding vaccines and treatments.

An immune response is triggered against SARS-CoV-2, the COVID-19 causing virus. The usage of two viral vectors also aids in initiating a robust immune response.

Amid the principal vaccine entrants, Sputnik V uses two different vectors for different shots. With preparations that use the identical vector for both shots, the immune system’s resistance may be activated for the second dose, making the vaccine less effective. This principle that Sputnik V uses makes it stand apart from other COVID- 19 vaccines.

HOW EFFECTIVE IS SPUTNIK VACCINE AGAINST COVID-19?

The clinical trials conducted in the late phase revealed that Russia’s Sputnik V coronavirus vaccine gives around 92% protection against COVID-19.

It has also been believed to be beneficial and provides full protection against getting hospitalized and death. The vaccine has generated a good immune response and is well-tolerated by people aged 18 years or older.

It has joined the list of existing COVID-19 vaccines like Pfizer, Moderna, Oxford-AstraZeneca, and Janssen. The vaccine works like the Janssen vaccine of Belgium and the Oxford-AstraZeneca jab created in the UK. With preparations that use the identical vector for both shots, the immune system’s resistance may be activated for the second dose, making the vaccine less effective.

WHO IS MANUFACTURING SPUTNIK V IN INDIA?

Dr Reddy Labs tied up with the Russia Direct Investment Fund (RDIF) for 125 million doses of the vaccine by Russia. Deals with Indian pharma firms such as Panacea Biotec, Hetero, Gland Pharma, and Stelis Biopharma are also underway to produce 850 million doses of the Sputnik V vaccine in India by the end of this year. The administration of Sputnik V will start by the end of April 2021. Furthermore, according to sources, around 10 crore doses of the Sputnik V vaccine are likely to be imported for emergency use in the country in the next six to seven months. India, the world’s largest vaccine maker, has become one of the biggest producers of the Sputnik V shot outside Russia.

HOW IS SPUTNIK V DIFFERENT FROM OTHER COVID-19 VACCINES?

The vaccine uses two types of viruses (adenoviruses) that lead to the common cold in man.

The genetic information from the two viral vectors, which are the basis of infection, is separated. This is combined with a gene that leads to the SARS-CoV-2 spike protein output. The SARS-CoV-2 virus is scattered with proteins that it utilizes to enter human cells. These supposed spike proteins make an attractive target for budding vaccines and treatments.

Other adenoviruses are also added to this vaccine in a weakened form to avoid replicating cells.

The scientists described using a different adenovirus vector for the subsequent dose as a benefit to generate a stronger immune response, unlike using the identical vector twice.

Amid the other vaccine entrants, Sputnik V uses two different vectors for different shots. With preparations that use the identical vector for both shots, the immune system’s resistance may be activated for the second dose, making the vaccine less effective.

WHERE IS THE SPUTNIK VACCINE CURRENTLY BEING ADMINISTERED?

HOW MANY DOSES OF THE SPUTNIK VACCINE NEED TO BE ADMINISTERED?

As of now, two doses within 21 days will be administered. Sputnik V is the only vaccine that uses two different vectors for the administration of both shots. The usage of two different adenovirus vectors is said to create a more robust immune response and has made this vaccine more successful against mutants of coronavirus. It has a storage temperature ranging between 2-8 degrees Celsius and can be stored in a conventional refrigerator, unlike other vaccines.

DOES THE SPUTNIKV VACCINE HAVE ANY SIDE EFFECTS?

Sputnik is the first vaccine to be approved globally for Covid-19. It is one of the only three vaccines that has shown an efficacy rate of above 90%. In India, Hyderabad-based Dr Reddy Labs is conducting third-stage trials, and as of now, no significant side effects have been reported. According to the medical journal, The Lancet, this vaccine is said to protect individuals against severe Covid-19 cases.

HOW MUCH DOES IT COST?

With the approval of the Drugs Controller General of India (DCGI), India has become the 60th nation to allow the administration of Sputnik V amid the 2nd wave of Covid – 19. The vaccine is priced at USD 10 in other countries. In India, on the other hand, it is going to cost less than 1000 rupees per dose. Sputnik’s price is less than one-third of its counterparts and has an efficacy rate of 90%.

IS THE SPUTNIK VACCINE EFFECTIVE AGAINST OTHER VARIANTS?

The Sputnik V is a Russian vaccine, the third one after Covishield and Covaccine to be launched in India. The Russian Direct Investment Fund CEO Kirill Dmitriev has stated that Sputnik V is highly effective against British variants as well as against other new variants. It has, however, shown lower efficiency against South African variants.

Sputnik V is supposed to be the only vaccine so far that is administered in two different doses. This mixing of vaccine doses is said to have positive results against mutants. Considering how most of the new cases in India are of the British variant, this vaccine could be a game-changer.

WHO SHOULD NOT GET VACCINATED WITH SPUTNIK V?

While those with a known history of allergies can take the Sputnik V COVID-19 vaccine, it should not be administered to individuals in an acute stage of allergic reaction. One should get blood tests for Immunoglobulin E and C-reactive protein in case of allergies. If they are within the normal limit, there should be no issue getting the shot.

Also, the vaccine is not recommended for 17 years and younger age groups until more studies are conducted. And, anybody with a body temperature above 38.5ºC must defer vaccination till the fever subsides.

Sputnik V is the only vaccine with two different vectors for the two shots. This creates a stronger immune response and makes the vaccine more effective against mutant coronavirus strains. This makes Sputnik V different from other COVID- 19 vaccines available.

Apollo Hospitals welcomes the government’s decision to open the COVID-19 vaccination drive for everyone above 18 from May 1.

Verified By Apollo Pulmonologist
https://www.askapollo.com/physical-appointment/pulmonologist
The content is verified and reviewd by experienced practicing Pulmonologist to ensure that the information provided is current, accurate and above all, patient-focused
Facebook
Twitter
WhatsApp
Linkedin
Previous articleApollo brings out book to guide healthcare institutions, workers amid COVID-19
Next articleCoronavirus (COVID-19) Frequently Asked Questions
RELATED ARTICLES
COVID-19