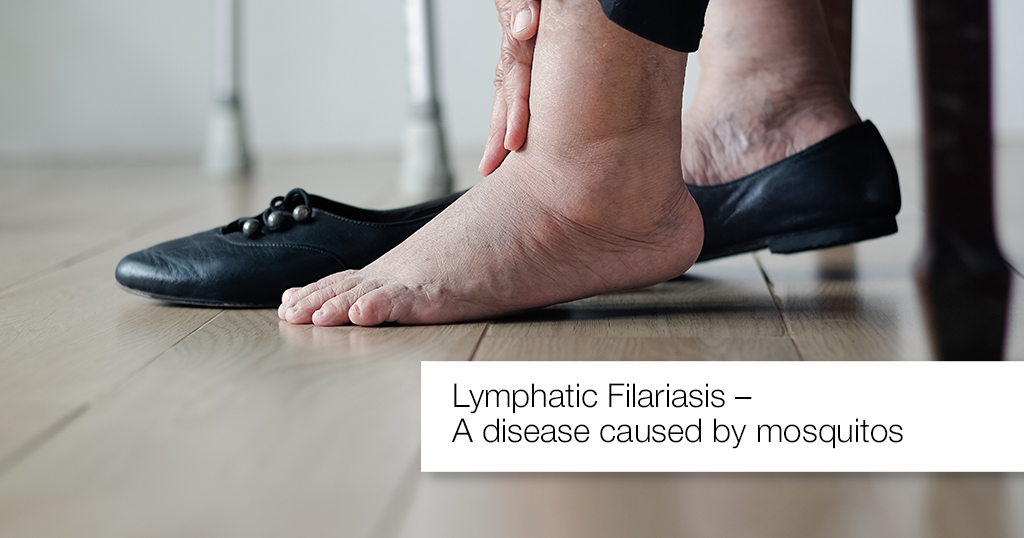 Lymphatic Filariasis, also known as elephantiasis, is caused due to parasitic worms and spreads among humans through mosquito bites. This tropical and parasitic disease severely affects the lymph nodes and vessels. The common name is deduced from the fact that this disease leads to the swelling up of arms and legs to a great extent. The skin of the affected area turns thicker and harder, resembling that of an elephant. This disease is mostly found in people who reside in tropical and subtropical areas. So, here’s knowing more about this lymphatic condition.

What is Lymphatic Filariasis:

Elephantiasis is globally considered to be a neglected tropical disease (NTD), more common in Africa and Southeast Asia. This disease is caused due to microscopic, thread-like parasites known as filarial worms. It is spread between humans via infected mosquitoes. When they bite humans, they deposit the parasite which makes its way to the lymph system. The adult worms live in the human body’s lymph system. This disease is responsible for painful disfigurement and abnormal enlargement of body parts. It causes one’s arms, legs and genital organs like the scrotum and breasts to swell up unnaturally.

Most people who get this disease will not show clear symptoms, in spite of the damage caused to the lymph system and kidneys. Those who do get symptoms commonly experience:

Elephantiasis is caused due to parasitic worms and spread by mosquitos. The parasitic worms involved are of three types – Wuchereria bancrofti, Brugia malayi, and Brugia timori.
All starts when the mosquitos pick up the filarial larvae when they bite an infected person. They then bite another person and deposit the tiny larvae which get into their blood stream. These grow and mature in the lymphatic system for years. The lymphatic system is the channel for removal of waste and toxins from your body. The parasitic worms grow in your lymph system, blocking it and hindering its functions. This causes your organs to swell up as there is a backup of lymphatic fluid. Risk factors include:

There are different ways of treating or reducing the symptoms of filariasis . These include:

Prevention of this disease may be possible by:

So, the takeaway from this article is that Lymphatic Filariasis is a tropical disease that spread via mosquito bites. People experiencing similar symptoms like swelling of limbs and thickening of skin should immediately consult a doctor. With early detection and prompt treatment, these symptoms can be significantly reduced. Though it is quite difficult and disabling to lead a life with elephantiasis – it could lead to stress and depression – it is not impossible to do so. The correct lifestyle changes and psychological support from others can help one manage and live with the symptoms until fully recovered.