Water-Borne Diseases To Watch Out For This Monsoon 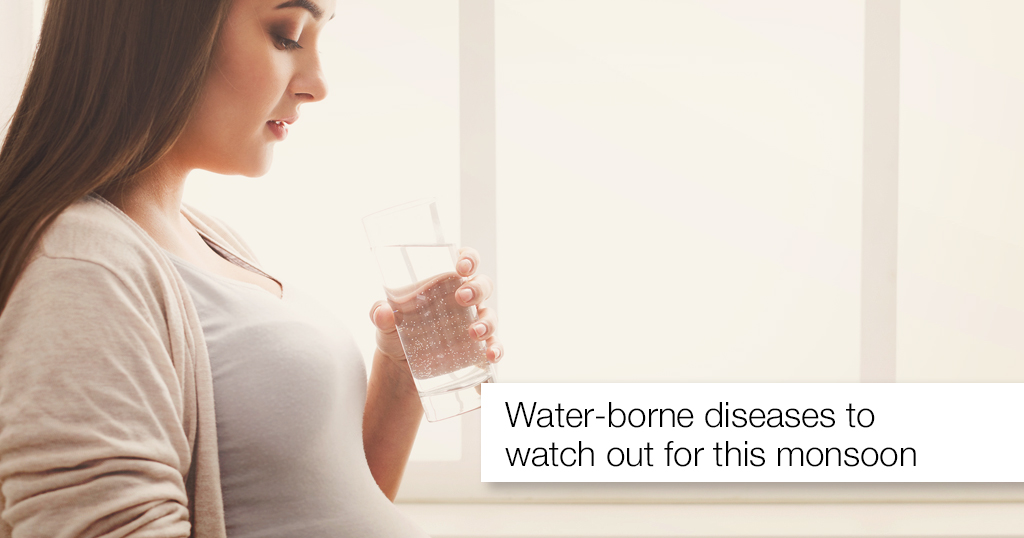 With monsoon, certain diseases are on the rise. Most of the illnesses in India are due to water-borne infections. When drinking water comes into contact with faeces of humans or animals, which have various disease producing germs, it causes various illnesses like diarrhoea, gastroenteritis and even polio. Below is a list of common water-borne diseases to watch out during monsoon.

Worm infestations spread by water are ascariasis or round worm, Dracunculiasis or guinea worm, trichuris or whipworm, amoebiasis, whipworm and threadworm infestation.

Protozoa are also organisms responsible for water-borne diseases like giardiasis, diarrhoea and dysentery.

Cholera is an acute infection caused by vibrio cholera bacteria and notorious in causing outbreaks of epidemic proportions in populations of the third world countries. Where hygiene and sanitation is given low priority, cholera raises its ugly head. Overcrowding in cities only adds to the problem.

Prevention: Travellers to a destination where cholera occurs frequently can be vaccinated.

Typhoid is also called enteric fever. It has claimed many lives in earlier civilisations. Persistent watery stools also called rice water stools, along with fever are characteristic of this illness.

Prevention: As typhoid is highly infectious, patients should be kept isolated or in a hospital. Vaccination is advised for people travelling to areas where typhoid is prevalent.

The long form of polio is poliomyelitis. It is an infection that occurs in the rainy months. The source of infection is contaminated water or food, and flies that spread the bacteria. Polio first affects the digestive tract and from there, in some cases, it spreads to the central nervous system leading to paralysis of various degrees, aseptic meningitis and even death.

Prevention: Proper vaccination for polio is very essential. Polio vaccine is compulsory for children in India and the government is trying to reach out to each and every child by holding polio vaccination camps where the vaccine is available free of cost.

This is the most common worm infestation. Symptoms are abdominal pain, nausea and cough. Worms may leave the body through vomit or stools.

Prevention: In addition to hygienic practices, deworming of the population should be done periodically.

This is also called guinea worm disease and is common in India, Africa and the Middle East. Humans get infected by drinking water contaminated with infected Cyclops. Cyclops is a crustacean found in fresh water.

Prevention: Step wells and ponds should be kept clean. .

When the parasite E. Histolytica is found in humans whether or not there are symptoms, it is termed as amoebiasis. An epidemic is possible when water pipes are contaminated with sewage.

Prevention: Contamination of water and food by faeces should be avoided.