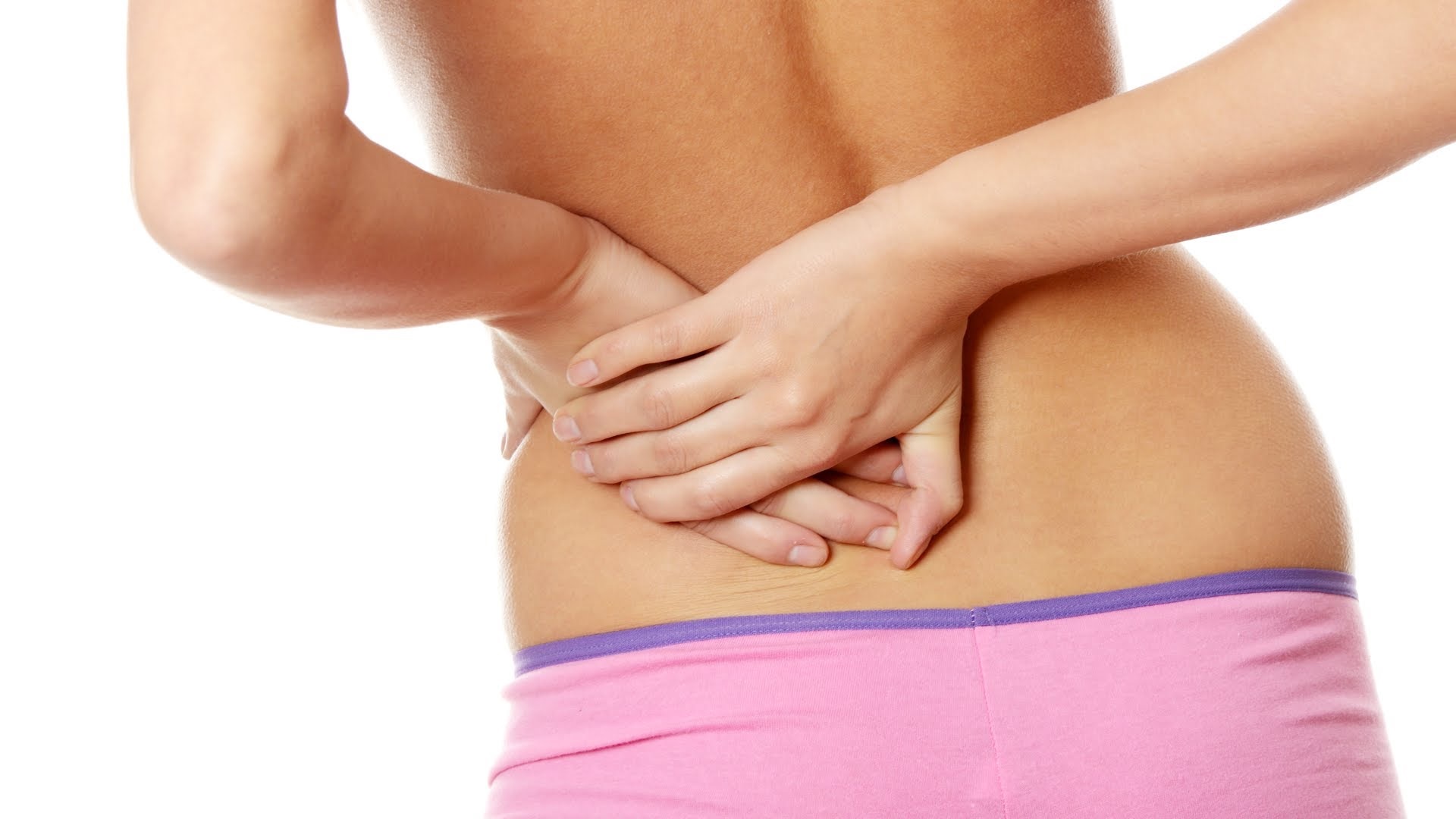 How AVN develops in femoral head?

Hip joint is a ball and socket type of synovial joint. The socket is formed by cup shaped acetabulum which surrounds the ball (femoral head – upper end of thigh bone). The surface of femoral head and socket is lined by thick articular cartilage and then lined by synovial membrane. All together with the surrounding joint capsule and muscles form a hip joint.

Fractures Damage to the blood supply of femoral head usually occurs following a trauma or fractures to the bones in and around the hip joint.

Some steroids like cortisone, prednisolone or methylprednisolone are known to cause AVN. In certain conditions like bronchial asthma, skin diseases, some auto immune disorders, inflammatory arthritis and in cases of organ transplant to prevent rejection, use of steroids is must to control or treat these conditions. Orally prescribed steroid are notorious in producing AVN of femoral head. There have been studies to show that steroid given in the form of injections into the joints or bursa does not cause any AVN of femoral head.

Some blood diseases like sickle cell disease, Leukemia’s, Gauchers disease and diseases related to blood coagulation can cause AVN of femoral head.

Studies have shown that alcohol and smoking can cause AVN in femoral head. Chronic alcohol intake can damage blood vessels leading to AVN. Smoking causes narrowing of small blood vessels and thereby reducing blood supply to the femoral head.

Other Causes of Avascular Necrosis Hip:

Deep see divers and miners are more prone develop AVN. Due to high atmospheric pressure tiny air bubbles are formed inside the blood stream which can block the tiny blood vessels in the femoral head there by resulting in AVN. 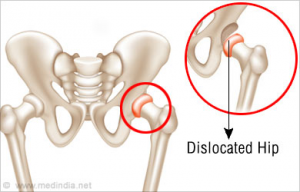 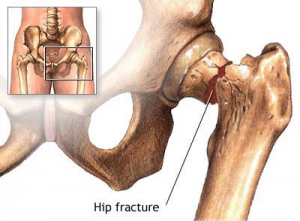 How do doctors identify the condition?
1. History: doctor enquires about
– Occupation
– Medical problems and any medications like steroids
– Alcohol and smoking

3. X-rays:
X – rays do not show any changes of AVN in the early stages of disease even though patient is having pain in the hip. It may take few months to observe changes of AVN and make diagnosis on X – ray.

4. MRI:
MRI can detect early changes of AVN in the femoral head that cannot be seen on X- ray. It helps to detect damaged areas of blood supply to the hip. AVN of femoral head can be graded as mild, moderate and severe depending on the size location of these damaged areas and if any collapse has occurred in the MRI images. MRI can also help to detect AVN changes in the opposite hip even though there are no symptoms.
5. Bone scan:
Bone scan involves injecting a radioactive chemical into the blood. Hours after injection a special camera is used to take pictures of your skeleton. The picture shows blank spot in the areas of femoral head which is devoid of blood supply. MRI has replaced Bone scan in diagnosing the cases of AVN of femoral head.

What are the treatment options for AVN of femoral head?

AVN of femoral head is irreversible resulting in arthritic hip. Some drugs and salvage procedures can help in delaying the progress of disease. The choice of treatment depends upon the stage of the disease. Some factors like age of the patient, general health of patient and activity level also determines the treatment methods.

If avascular necrosis of femoral head is diagnosed in early stages, some of following treatment methods can help in delaying the progress

1. Protected weight bearing on the affected limb with the help of crutches or walker can help reduce pain. The idea behind it is, it permits healing and prevents further damage.
2. Exercises and stretches prevent stiffness in the hip and helps to maintain range of motion.
3. Medications:
A. Bisphosphnates: This group of drugs helps to reduce the risk of femoral head collapse in patients with Avascular necrosis.
B. Blood thinners: They are given in view of improving blood circulation to the femoral head.
C. Anti-inflammatory medications / simple analgesics to reduce pain.

The above mentioned treatment modalities may delay the progression of disease, but not completely reverse the avascular necrosis.

Stem cells obtained from the patient body can be injected into the channel created for core decompression of femoral head. Stem cells injection can be done along with bone grafting also. There are studies showing that stem cells help to stimulate new bone formation in the diseased areas of the femoral head.

Postoperative rehabilitation after core decompression surgery:
This surgical procedure is done through a very small incision from the side of thigh. Surgeon guides the drill into the femoral head with help of intraoperative X – ray machine (C-Arm). This procedure is usually done as outpatient procedure and patient can go back to the house on the same day with help of crutches or walker.

Following core decompression surgery the drill holes in the femoral neck and head may weaken the bone, making it susceptible to fracture. So patients are advised to use crutches or walker to move around for six weeks. After six weeks, patient patients are advised to put full weight on operated leg and take advice of physiotherapist to regain hip range of motion and strength.

Advantages of core decompression surgery:
Core decompression of femoral head is NOT A DEFINITIVE procedure. It is a salvage procedure to delay the process of Avascular necrosis probably by increasing blood supply and also preventing further collapse.
After the core decompression procedure it is necessary to continue, the medications explained above as they also help in delaying the progress of disease.

In the first step surgeons drills a hole into the femoral neck and head. In the next step surgeon removes small part of fibula (Thin bone by the side of shin bone in leg) along with its blood vessels. This is referred as vascularized fibular graft because it has its own blood supply. Fibular graft is inserted into the channel created in the neck and head of the femur. Vascular surgeon attaches the blood vessels from the fibula to one of the blood vessels in the hip. This procedure does two things
1. Fibular graft acts as structural support preventing collapse of femoral head.
2. The newly connected blood vessels try to increase blood supply to the femoral head.
This is a very complicated procedure and needs special expertise. The success of the surgery depends on the viability of newly created blood supply. It is rarely practiced nowadays. 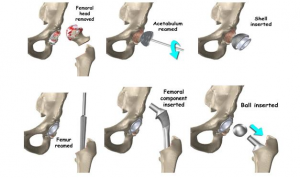 Total hip replacement is procedure in which the surgeon replaces the damaged femoral head and damaged joint surface of acetabulum (socket) with prosthetic components. Damaged femoral head is removed and replaced with metallic stem and ball. Damaged cartilage of the socket of hip joint is replaced with metal socket.
Prosthetic components:Total Hip replacement can be either cemented or uncemented.

Prosthetic materials:
Total hip replacement has wide range of designs and materials.
The stem component and socket components in the total hip arthroplasty are invariably medical grade steel or titanium alloys. There is choice of material selection for the prosthetic head and liner of socket. Prosthetic heads can be metallic or ceramic. Socket liners are available in plastic, metallic and ceramic materials.

The decision to use cemented or uncemented components and various combination of head and socket liners are based on various factors such as age, bone quality and sometimes surgeons choice.

In certain patients with limited damage to the part of femoral head surgeon may consider resurfacing arthroplasty. In this procedure surgeon replaces only damaged femoral head with metallic implant.